This weekend at the Austin Food & Wine Festival Christina Tosi of Momofuku and Milk Bar gave attendees a taste of her famous Cornflake Chocolate Chip Marshmallow Cookies from her book Momofuku Milk Bar. But she also graciously shared some baking tips, including Milk Bar’s ten-minute creaming process, milk powder, and why too much butter is never a bad thing. — “I like to use whole milk. I was raised on skim milk, but whole milk is the best. We get the milk we use at Milk Bar from a local organic dairy farmer.” 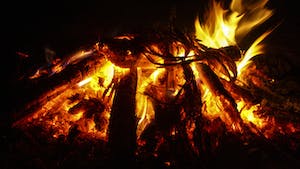 — “I’m a big proponent of tasting and seasoning to your liking. At Milk Bar when we make big, big bowls of cereal to make our cereal milk, we usually season the milk with a little light brown sugar. The light brown sugar helps season the milk so [well] that it could go in so many different types of cereal… I like to put a pinch of salt in my cereal milk because it helps sharpen the flavor. I’m a big fan of salt in desserts, not to necessarily make it salty and sweet, but just to bring out the flavor and sharpness of the dessert.” — “We use milk powder in our ice cream. I sort of jokingly refer to it as the MSG for pastry chefs because it has this great ability when you put it in baked goods to really give a great depth of flavor.” — “Kosher salt is my favorite salt to use because iodized salt for me is a little too fine, and it doesn’t provide the same sort of sharpness of flavor as kosher salt when you use it to season in baked goods.” 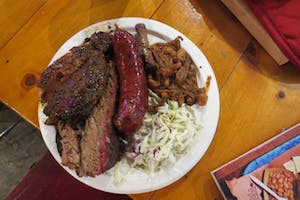 — “Butter is another sort of preaching lesson for me. It’s a lot like the organic whole milk. We use European-style butter in all of our baked goods, and European-style butter usually has a little bit higher butter-fat content. The dairy is cultured before it is churned into butter, so it already has a great depth of flavor beyond your average, generic, store-bought butter.” — “We don’t really throw anything away at Milk Bar. We look at over-baked or under-baked items as an opportunity to learn and grow and challenge ourselves because that’s how you get from step to step.” — “My favorite place to hide something that is over-baked is to throw it into a cookie dough because anything coated in butter, sugar, egg, and flour and then baked is (pause) well, you can get away with murder with cookie dough.” — “I’m a very casual baker. I bake with a cook’s mentality, which most bakers I feel like are very precise and calculated, and most people don’t bake because there is something about the precision of baking that scares them off or makes them think they aren’t capable. That’s not my style. I think you learn the most when you throw yourself into a situation, and you have to look at everything as a learning experience.” — “The creaming process is a very underestimated process in any baker’s kitchen. It’s the most important process because it really aerates or emulsifies the fat and the sugar together. If you’re baking something, you’re always starting out with some sort of fat [and] some sort of sugar. We feel very strongly about our creaming process. In fact, we call it the ten-minute creaming process, and it’s a mantra that we sort of live and die by at Milk Bar when we’re making cookies.” 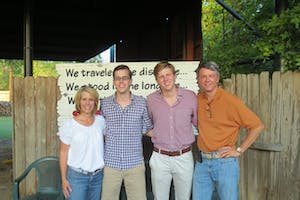 — “We have way too much butter in all of our cookies. One, because it makes them taste even more delicious, and two, because that’s how we’re going to get our cookies to stand out.” — “I get the butter and the sugar going, and I usually add vanilla extract. Don’t ever underestimate the power of vanilla extract. You don’t ever underdo vanilla; overdo vanilla! Believe it or not, it is the greatest secret ingredient. It’s not a secret, but it’s actually what adds so much of that flavor that you don’t quite associate [with the vanilla extract].” — “Once the creaming process is up, you’re going to have that big, voluptuous, airy, eggy, buttery mixture, and [then] it’s time to add the dry ingredients. I would say the adding of the dry ingredients is the second most important part of the mixing process, and I’ll tell you why: Most people don’t spend enough time on the creaming process, and you don’t get that light, fluffy, airy, cripsy-on-the-outside, fudgy-in-the-center cookie. You don’t get fluffy cakes, and sometimes you have weird dips in your cakes. That’s from the creaming process. The other thing people fall to is the adding of dry ingredients. Most people over mix their cookies and their cake batters, even though you don’t know it. Same thing with biscuits. It’s all about adding the dry ingredients, mixing it just enough, and then letting it be. When you introduce any sort of flour into your baked goods, you’re introducing gluten, and gluten is great for bread, but you don’t want it in your cookies and you don’t want it in your cakes… I do a lot of it by hand just to make sure I’m not over mixing it.”