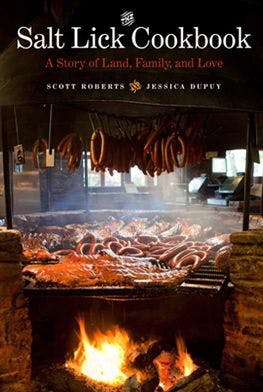 Every time I use Yelp, I hate myself. But I do use it to size up restaurants, especially new ones, because it’s there. It has iPad and iPhone apps. It’s easy. What can I say? But what I really, truly want are restaurant reviews by somebody I actually trust that are also easy to get to. And, praise the Lord, it looks like this is starting to happen. Here’s the deal: This Sunday morning, June 2, at 1 a.m.—don’t ask me, that’s just when they’re doing it—the Houston Chronicle is releasing its new iPad app for the top one hundred restaurants in the city, chosen by Alison Cook, its respected restaurant critic and author of the popular Cook’s Tour blog (full disclosure—Alison and I have been friends for 25-plus years, since the days when she used to write for Texas Monthly). I haven’t seen the app yet—the thing’s under wraps—but I’m really excited about it. The difference between a professional eater like Cook and your average Yelper (or Urban Spooner, whoever) is that Cook knows what she’s talking about and she can write. Man, can she write. Here’s what she had to say recently about Roost, a new Houston restaurant: “There’s a simple confidence to [chef] Naderi’s food that’s very appealing. It shows in the rosy roasted duck breast thrown into high relief by a panzanella salad reinvented with rye croutons, beets and a jumpy sweet-and-sour dressing. It’s obvious, too, in a beautifully fried tempura softshell crab, popping with sea juice and running rampant over a tumble of sesame-spiked Asian slaw . . . . A less sure-footed chef might have felt compelled to add a sauce; Naderi knew himself (and his crab) well enough to let the herbal and root-vegetable slaw speak for itself.” This year, Cook’s column was a finalist in the James Beard culinary awards, in the competition for distinguished restaurant reviews. She was in good company: her fellow finalists were food critics Jonathan Gold and Alan Richman. Richman ultimately won, but it means something when you’re up against the guys from GQ and the Los Angeles Weekly (Gold now writes for the LA Times.) All I’m trying to say is this: Cook is the person you want to read when you’re hungry in Houston. If you have an iPad, get the app. And feel free to talk (back) to her. Just for fun, she will be doing a live chat at noon on Thursday, when the paper version of her column regularly appears in print, to talk about the app. Join in. And cheers, Alison!

The 8 Best Vegan Quesos in Texas