A much commented-upon legal and academic dispute raises important questions about the future role of dispatchable power generation and makes now a good a time to reevaluate the potential for carbon capture and sequestration (CCS) as a strategy for generating low-carbon electricity. Stanford University’s Mark Jacobson has proposed plans for the U.S. to be powered on only wind, water, and solar (WWS), with some energy storage in the form of pumped hydro, batteries, and hydrogen to serve as dispatchable generation. The term “dispatchable” refers to a power plant’s ability to be scheduled in advance and to adjust to fluctuations in demand. Conventional natural gas, coal, and nuclear power plants are all dispatchable.

A critique of Jacobson’s research was published  last summer by twenty-one leading experts that called into question feasibility of his 100 percent WWS proposal.  Without getting into the details of the research, the critique, or the subsequent legal battle, the upshot is that even if we can affordably generate significantly more of our electricity from renewable sources than we do currently, we will likely need dispatchable thermal power plants for some time to meet demand for electricity when the sun isn’t shining and the wind isn’t blowing.

This reality complicates strategies to significantly reduce carbon emissions, but capturing and sequestering carbon from fossil fuel power power plants is one plausible scheme. The current lack of enthusiasm for CCS from regulators and researchers is largely based on economics. A carbon capture system doubles the capital cost for a new natural gas power plant and reduces the plant’s net efficiency by more than 7 percent. This reduction in efficiency equates to a $4/MWh increase in fuel costs, according to the National Renewable Energy Laboratory’s Annual Technology Baseline.

Given these costs, a CCS natural gas plant can only compete with conventional natural gas plants if there is a tax on carbon or if the sequestered CO2 can be sold. A particularly valuable use for sequestered CO2 is for enhanced oil recovery (EOR), wherein the CO2 is used to “flush residual oil from a subsurface rock formation between wells.” The process was first tried in Scurry County and is currently used in the Permian Basin in West Texas.

The state’s experience with EOR may explain why two of the most noteworthy CCS projects in the world are in Texas. The world’s largest carbon capture project, Petra Nova, outside of Houston, opened in April of this year. Ninety percent of the CO2 produced at Petra Nova is captured, approximately 800 pounds per megawatt hour of electricity generated. A historical price of $9 to $26 per metric ton of piped CO2 translates into roughly $3/MWh to $10/MWh on top of revenues for electricity sales, often enough to cover the additional cost of fuel and compete with conventional natural gas power plants.

Rather than sticking with the current generation of CCS technology, NetPower, whose 50 MW pilot plant is scheduled to open in Texas next spring, has a novel power generation technology that could make CCS more competitive with conventional power plants. NetPower’s technology uses an Allam cycle, wherein pure oxygen is combusted with natural gas and the resultant CO2 is used to drive a turbine. Only 3 percent of that CO2 is piped off for EOR, and the other 97 percent is mixed with incoming oxygen and natural gas and recirculated through the combustor. NetPower claims that their technology is more efficient than much of the existing fleet of natural gas power plants and only a few percent below the top-of-the-line combined-cycle power plants.

If these technologies continue to improve, CCS has the potential to play an important role in reducing the carbon emissions from power generation in places like Texas with demand for piped CO2 for EOR. However, there are limits on the extent to which these technologies can be deployed economically. On the demand side, low oil prices translate into lower demand for CO2, and the long term outlook for oil demand is hardly optimistic. On the supply side, the more CCS systems are built, the more CO2 hits the market, also lowering the price of CO2.

For much of the population, far removed from oil production, CCS is likely to be a non-starter in lieu of a carbon tax. In such cases, technologies such as small modular nuclear reactors (SMR) may be the best bet for zero-carbon dispatchable generation. Even so, the mandate to deploy power generation technologies that are both dispatchable and low-carbon will lead many investors and policymakers to take a serious look at CCS. 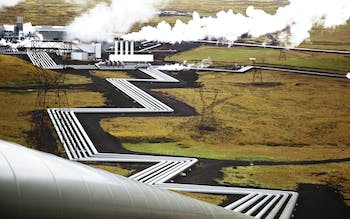 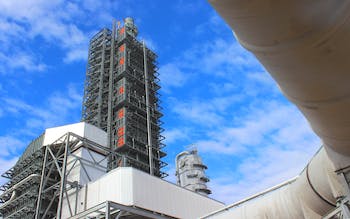 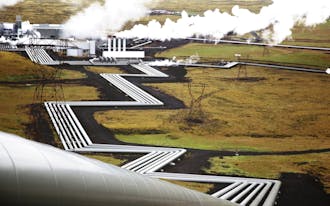 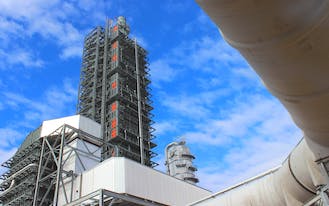