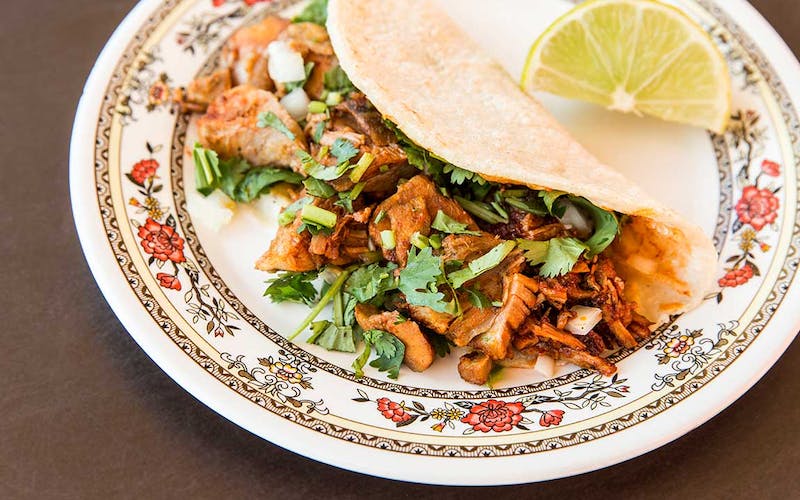 Trying to distill the Houston taco universe into a handful of worthy destinations is something of a fool’s errand. An educated guess at the number of taquerias, taco trucks, trailers, stands and joints that are inside the Beltway would hover around 500 to 600 places that are worth a visit. Fortunately, though, many of Houston’s best tacos can be found in clusters along the “taco streets” that criss-cross the city. Long Point Road was a long-time destination, though gentrification in the adjacent Spring Branch neighborhood has contributed to the loss of classics like Otilia’s. But happily, other streets and neighborhoods have stepped up their game, compensating for the decline.

A manageable tour of Houston tacos would proceed from south to north along the I-45 corridor. Starting in the Edgebrook neighborhood near Hobby Airport, you’d proceed to the traditionally Hispanic East End, then on to Irvington Boulevard north of downtown, and finally to Airline Drive north of I-45, which features perhaps the highest concentration of “street tacos” in the city.

So why all this taco tasting madness? Not that there really needs to be a reason to want to eat all the tacos, but Texas Monthly is beginning its research on finding the best tacos across the state, a list we’ll publish at the end of the year. Our quest to unearth the top contenders already took us on a taco tour of Austin, where we scouted out more than 100 tacos at taquerias, food trucks, highfalutin joints—well, basically any place were tortillas are slung and filled—and settled on 16 great options from the capital city. We then explored the vast expanse that is DFW, turned our appetites southward to the RGV, and scouted San Antonio (or at least the Loop 1604 area) for its greatest hits. This latest list is far from comprehensive, and as we continue our mission to find the best fillings stuffed in a folded tortilla, we ask that you share your recommendations (like we could stop you). In the meantime, here are 15 of the best tacos in Houston. 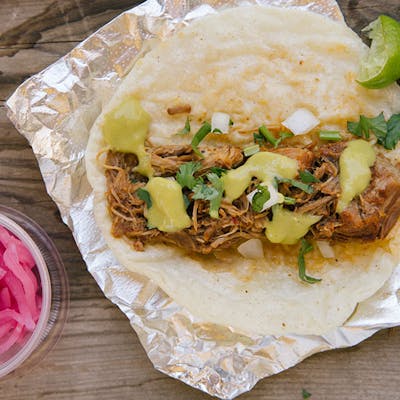