When the grind of modern life—endless emails, Facebook rants, that wretched construction on I-35—gets to be too much, there is but one remedy: to get out and revel in the most uncivilized corners of Texas. From the rough waters of the Devils River and the eerie bayous of Caddo Lake to rugged Palo Duro and the Rio Grande jungle, here are eighteen places that will reconnect you with our world at its wildest. 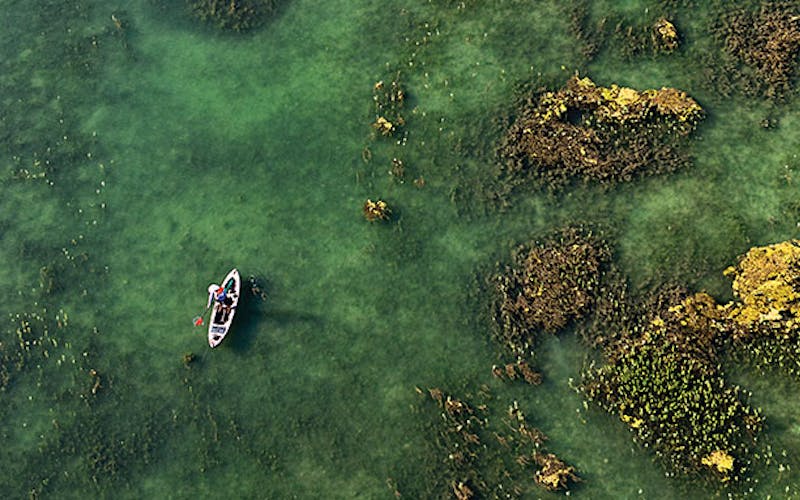 A kayaker fishes in the Devils River.
Photograph by Jody Horton

We need wilderness preserved—as much of it as is still left, and as many kinds—because it was the challenge against which our character as a people was formed,” wrote Wallace Stegner in 1960. In his now famous “Wilderness Letter,” the Pulitzer Prize–winning author was addressing the Outdoor Recreation Resources Review Commission, a newly formed body whose mandate from Congress was to identify and help protect public recreational areas. It was a time of growth in America, and nature was in retreat: a proliferating highway system was ferrying automobiles all over the land, forests were being felled, wild rivers were being dammed. Stegner, whose love of land had been shaped by a childhood in the West, implored the commission to preserve the country’s wild spaces as a collective spiritual resource.

Stegner did not specifically address Texas in his letter, but his eloquent case for wilderness as a piece of our identity surely resonated four years later in the mind of one particular Texan, Lyndon B. Johnson, when, as president, he signed a law that revolutionized America’s relationship to its wild spaces. The Wilderness Act of 1964, supported almost unanimously by Congress, gave 9.1 million of the country’s unspoiled acres immediate protection and provided for the future preservation of additional land (there are more than 105 million acres of protected wilderness today).

As Johnson stood in the White House Rose Garden almost exactly fifty years ago to announce the passage of these new protections, he likely had images of lush Oregon forests and pristine Alaska rivers running through his mind. But might he also have been thinking of the Hill Country he grew up in—that wild frontier land his grandparents had once shared with the Comanche? Of limestone escarpments and Spanish oaks and Indian paintbrush? No doubt.

The act defines wilderness as “an area where the earth and its community of life are untrammeled by man,” and in Texas, as any nature-lover can tell you, finding such areas is often a tall order—because for all of our land, very little of it has not been trammeled. Though we do have some 37,000 acres of federally designated wilderness (most of it concentrated, perhaps counterintuitively, in East Texas rather than out west), that is a paltry amount when you consider that our privately owned land—farms, ranches, forestlands—makes up 142 million acres. So what is a wild man or woman to do? How to escape the tyranny of exhaust fumes and pinging smartphones and go where we can experience, as Stegner put it, “the spiritual renewal, the recognition of identity, the birth of awe”?

Fortunately, Texas does not lack for wild places. There are corners like the Devils River or Palo Duro Canyon or McKittrick Ridge, which, despite human footprints, remain savage—where you are at the undeniable mercy of weather and wildlife, and where no amount of book-learning or web-surfing (um, not that there’s Wi-Fi out there) can spare you from trouble. There are also spots like Goat Island or Sabal Palm Sanctuary, where the primordial diversity of the flora and fauna restores your sense of place in the natural world. And there are sites like Boquillas Canyon, where a slow float down the Rio Grande inspires thoughts of the transcendent and reveals the stars as you’ve never seen them. Even certain swaths of private land, like the King Ranch or Pinto Canyon, so unpopulated that they are by definition wild, allow for exploration if you go about it the right way.

But you have to know what that way is. With this in mind, we recently sent Houston travel writer Dan Oko on a months-long quest to unearth fourteen destinations where Texas still reveals itself in all of its gloriously unrestrained wildness. Four other writers—Rick Bass, Matt Bondurant, S. C. Gwynne, and Kate Murphy—each endeavored to wander into the wild in some fashion as well. Broadly speaking, these places are gnarly—no water, no services, no cellphone reception—but they are also among the most beautiful, the most humbling, the most transformative.

“If future generations are to remember us with gratitude rather than contempt,” declared LBJ, “we must leave them more than the miracles of technology. We must leave them a glimpse of the world as it was in the beginning.” Let us linger over the following list, yearn for the wildness still in our land, and then go seek the dawn. —Katharyn Rodemann