On Friday, one of Texas’s most notorious killers, Clara Harris, was released from prison. Sixteen years ago, Clara was a pretty and personable dentist who lived in a prosperous south Houston suburb with her husband David, an orthodontist, and their twin three-year-old sons. On July 22, 2002, she got into her silver S-Class 430 Mercedes-Benz and drove to the Nassau Bay Hilton, across the highway from the Johnson Space Center. Accompanying her was David’s sixteen-year-old daughter from a previous marriage, Lindsey, who was visiting from Ohio, where she lived with her mother.

Clara and Lindsey walked into the lobby just as David and his office receptionist, Gail Bridges, were emerging from an elevator. Days earlier, David had admitted to Clara that he and Gail had been having an affair, and he had promised Clara that he would end it. Obviously, he hadn’t. Clara, who had been tipped off to David’s whereabouts by a private investigator she had hired, went berserk. She lunged at Gail, slapped her, grabbed her shirt and tore it off, all the while screaming, “You bitch, he’s my husband!” At the same time, Lindsey began hitting her father with her purse, shouting “I hate you! I hate you! I hate you!”

Eventually, Clara and Lindsey stormed back to the Mercedes. They saw David and Gail heading to Gail’s SUV in a different part of the parking lot. Clara suddenly gunned the engine and raced toward them. The Mercedes glanced off Gail’s SUV and hit David before he could get out of the way, propelling him 25 feet across the lot. Lindsey opened the door and stuck her feet on the ground, as if she was attempting to escape, according to witnesses, who then saw Clara whip the car around, hit the accelerator again, and drive over her husband’s crumpled body a second time. Then she did another 180 and ran over him a third time.

When Clara finally stopped the car, she got out, looked around, walked toward her dead husband, cradled him in her arms, and begged him to breathe. “I’m so sorry,” she was heard saying over and over. “David, I’m so sorry.”

The murder made headlines all over the world. One of the English tabloids nicknamed Clara “The Driller Killer.” In Houston, it was the story of the year. Local radio talk shows were jammed with callers debating whether Clara was a cold-blooded murderer or a good woman who simply did what every woman secretly wants to do when she finds out her husband is cheating. I wrote a long article about her, titled “Suburban Madness,” for Texas Monthly. When I went to her first court appearance, nearly a dozen photographers were there to capture her every move. “Clara!” a reporter shouted. “Do you miss David?”

At her trial, in February 2003, she testified before a packed courtroom that she did not mean to kill her husband but was only trying to wreck Gail’s SUV. In the heat of the moment, she went on to say, she didn’t even know she had run over David. Prosecutors, however, went after her, saying she knew exactly what she was doing in that Hilton parking lot. Their most devastating witness was David Harris’s teenage daughter Lindsey, who testified that a week earlier her stepmother had told her, “With all he’s done to me, I could kill him and get away with it.” On the night of the killing, she said, Clara “stepped on the accelerator and went straight for him,” saying moments before impact, “I’m going to hit him.”

Nevertheless, Clara’s attorneys persuaded the jurors that Clara had acted under “sudden passion” rather than with intent to kill, and they gave her a twenty-year sentence. (While the sentence for intentional murder in Texas is five years to life, murder in sudden passion carries a minimum penalty of just two years, with a maximum of twenty years.) Staring at a photo of her twin boys, Clara bowed her head, her dark brown eyes brimming with tears, and then was escorted away. Her sons went to live with another couple who had been close friends with Clara and David.

Over the years, there were occasional stories in the media about Clara. In 2005, Oprah arrived at the prison in the town of Gatesville (near Waco), where Clara was incarcerated, to interview her for her talk show. In 2007, Clara was brought back to Houston for a civil trial to defend herself in a wrongful-death lawsuit filed by David’s parents. This time, a jury had little sympathy for Clara’s story, and it ordered her to pay $3.75 million in damages. Around Houston, she became a pop culture reference. “I’m thinking about pulling a Clara Harris,” a woman would say with a laugh after learning her husband had done something really stupid.

What very few people knew was that Clara was a model prisoner. As part of a prison program, she learned braille and worked several hours a day translating school textbooks into braille. What’s more, she didn’t violate any prison rules. “Clara’s goal was to get paroled so she could be reunited with her sons,” Emily Detoto, one of her original defense attorneys, told me. “Every waking moment, she thought about those boys. And she was not going to do anything to jeopardize her chance of getting parole so she could someday be with them.”

Clara was first eligible for parole in 2012, but she was turned down. Over the next five years, she was turned down three more times. Apparently, some members of David’s family had written letters to the parole board declaring that Clara didn’t deserve mercy—that she should at least serve her full twenty-year sentence and be released in 2023.

But last year, she got a new parole attorney, Kevin Stouwie of San Antonio. He came up with a new strategy. At her parole hearing this past October, he brought her two sons, who were then nineteen years old and attending universities in Texas. They said they had come to the prison every month for the last fifteen years, without fail, to visit their mother. Yes, the twins acknowledged, they had lost their father, but at the same time they had lost their mother, whom they loved deeply. They were victims twice over, they said.

In November, Clara’s application for parole was granted, and her release date was set for May 11. She was quickly inundated with requests for interviews, but she turned all of them down. “Although she knows she can’t disappear, she is going to do her best to stay out of the public eye,” said Stouwie. “All she wants to do is make up for lost time with her boys.”

Clara is now sixty years old, and her hair is getting gray. Because she is penniless (and legally, she still owes her in-laws $3.75 million), she will initially live with a friend, and she will look for a job. (According to Stouwie, the company that runs the prison braille program has asked Harris to keep working once she returns to Houston. Because of her criminal record, she can no longer practice dentistry.) Her friends have told me she is worried that people she meets will realize who she is and back away. “It’s too bad if they do,” said Detoto, who has kept in touch with Harris since her conviction. “Yes, she made a horrible fifteen-minute mistake. But she’s a wonderful woman. It’s time to forgive her and let her move on.”

This post has been updated since publication to correct an error: the minimum punishment for intentional murder is five years, not twenty years. 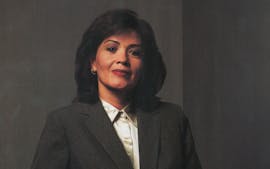 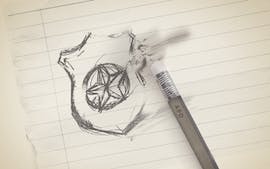 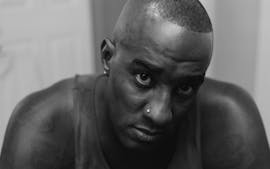