On Monday, Bumble founder and CEO Whitney Wolfe Herd testified before the Texas House Criminal Jurisprudence committee about an issue that any woman who’s spent much time on dating apps (even her own, despite a marketing campaign around the problem) has experienced: unsolicited explicit photos, which almost always takes the form of pictures that fellas take of their own junk.

According to a YouGov poll from 2017, 41 percent of women between the ages of 18 and 35 have received an unwanted photo of a gentleman’s bathing suit area, whether on a dating app, via Apple’s “AirDrop” protocol (which allows a person to mostly anonymously send files to another device in their proximity), or another platform. In other words, if you see five women under 40 dining together at a restaurant, at least two of them have been subjected to a photo of some dude’s penis, simply because they dared to exist on the internet.

Currently, the consequences for being one of the men who’ve sent such a photo are limited. You can be banned from a dating app—although forums to which we won’t link are full of tips for creating a new account in order to resume this form of photographic harassment. You can be shamed, if the person you sent the photo to is able to connect it to your offline identity. And, well, that’s about it.

Which is what brought Wolfe to the Capitol on Monday. “As tech companies, we can only do so much,” she told lawmakers. “If indecent exposure is a crime on the streets, then why is it not on your phone or computer?”

That’s such a reasonable question. Another good question, though, is how, in practice, would a law like this get enforced? Given that 3 out of 4 rapes go unreported, and given anecdotal reports of police treatment of women who do report (not to mention the incredible backlog of rape kits here in Texas alone), how likely will women be to undergo the process of a criminal complaint against a dick pic offender? And even if the complaint were taken seriously, investigators would most likely need to subpoena the platform in order to properly identify the suspected sender. That would require police to allocate resources to investigate the allegations, then decide whether to make an arrest or issue a citation.

It’s possible, certainly, that police departments throughout the state will decide that they are willing to robustly enforce this law. It’s also possible they’ll find that it’s not really worth their time. The bill Wolfe testified in support of—HB 2789, introduced by Rep. Morgan Meyer (R-Dallas)—would make it a Class C misdemeanor to send an unsolicited explicit photo, punishable by a fine of up to $500. That’s the same category of crime as changing lanes in your car without using a turn signal, or writing a bad check for less than $20. “Given the penalty, I don’t know how much proof would be demanded, but even if it’s not hard to enforce, I doubt it will be prosecuted very often,” says Kenworthey Bilz, a law professor at the University of Illinois whose work focuses on the way law shapes morality. When it comes to unsolicited pictures sent via AirDrop or other technologies, meanwhile, tracking down the culprit can be technologically unfeasible.

Still, we don’t just make laws strictly to create the threat of punishment—we also do it to send a clear signal of what things we, as a society, are and are not comfortable with. Texas doesn’t just have higher taxes on cigarettes and alcohol to raise revenue. Those “sin taxes” are also intended to discourage people from engaging in unhealthy behaviors. We use the law to signal to society that certain behaviors are a bigger deal than they might have assumed—witness the rise of bans on texting and driving, the first of which was implemented in the state of Washington in 2007, and which is now prohibited in 47 states; or the impact of MADD’s campaigns against drunk driving on the law regarding driving while intoxicated.

“This is a way of stating that this is a behavior that isn’t just obnoxious, but that so violates the norms of what we think is proper that we’re actually going to get the law involved here,” Bilz says. “It’s a way of shaping norms to get this behavior taken more seriously. Law has expressive power.” In other words, a criminal law can shape the way people consider their behavior more effectively than just putting an item in a dating app’s terms of service. “It can change not just a potential sender’s perspective, but also a potential recipient’s,” she says. “We have some evidence that people do take legal restrictions seriously—that they treat them as in-kind different than just social norms, and it’s not just because they worry about the punishment. There’s an imprimatur that seems to make them take it more seriously.”

Still, if part of the goal of the bill is to draw a hard line around behavior that people might currently view as a prank, and indicate to them that society is taking it more seriously, then whatever potential legal objections could be raised might not, like enforcement challenges, matter much. “The reason that these legislators wrote this law is because the terms of service weren’t doing the trick,” Bilz says. “The best-case scenario is that this actually does cut down on the behavior, which is a win.” 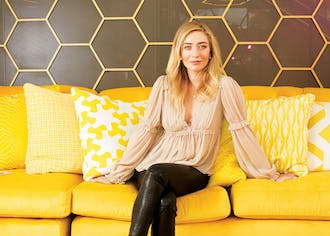 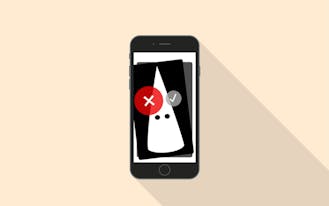