Wednesday afternoon, when CNN’s Ed Lavandera called Texas Monthly to record this edition of The National Podcast of Texas, he was sitting outside a a U.S. immigration facility in Brownsville, waiting to interview a family that was about to be reunited. A few hours later, he took to the air with another piece in what’s become an extensive portfolio of border stories he’s filed for the 24-hour news channel, from a firsthand account of agents picking up a group of undocumented immigrants from Honduras to the stories of Latino Republicans actively backing the administration’s controversial “zero-tolerance” immigration policy.

Lavandera has been based out of the network’s Dallas bureau since 2001, and Texas has definitely been a major part of his beat: along with his ongoing work covering the U.S.-Mexico border and the wall proposed by President Trump, he’s covered the ambush of five Dallas police officers, the 2013 West Fertilizer Company explosion and the 2015 Waco shootout between rival motorcycle clubs,  which culminated in CNN’s hour-long documentary, “Biker Brawl: Inside the Texas Shootout.” And then there’s his extensive Hurricane Harvey coverage, which included a moment on live TV during which Lavandera and his crew helped an elderly couple, their daughter, and their two dogs climb into a rescue boat.

Our conversation with Lavandera—who before CNN worked at WFAA-TV in Dallas, KVUE-TV in Austin, and KOSA-TV in Midland/Odessa—focuses on the current situation at the border, the upcoming anniversary of Harvey, and what’s made doing live television journalism feel more dangerous than maybe ever before.

This week’s show also features Radney Foster, the Nashville-based singer-songwriter and Del Rio native, who recently released a new Spanish-language version of his song “Godspeed (Sweet Dreams),” recast as “Godpeed (Dulces Sueños).” Foster originally wrote the song for his young son, from whom he was separated for a time after his son and son’s mother moved to France. He describes the new version as “a prayer for the border,” and sales of the recording benefit advocacy efforts of Refugee and Immigrant Center for Education and Legal Services. We spoke to Foster about the tune, his role in helping young Texas musicians find their way in Nashville’s Music Row, and a bit of sage advice he received way back when from Willie Nelson. 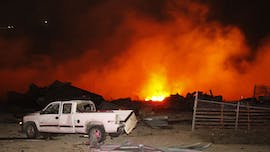 All Eyes Are On West, Texas, After Fertilizer Plant Explosion 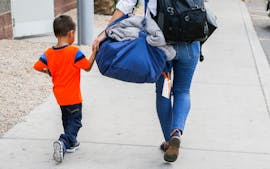 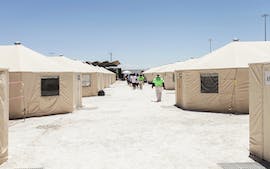 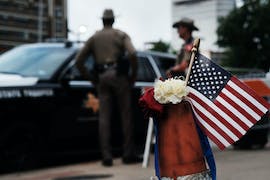