This is the second episode of Underdog: Beto vs. Cruz, a podcast following the 2018 Senate race in Texas. This article is part of our 2018 Texas Elections coverage, where you can find the latest in news, analysis, and updates from Texas Monthly. Read More

If Beto O’Rourke wins the Texas Senate race in November, he’ll be the first Democrat elected statewide in 24 years. But staunchly red state leadership hasn’t always been the case in Texas.

This week in Underdog: Beto vs. Cruz, we look to our state’s political history. First, we examine the campaign of Bill Clements, a Republican who ran for governor in a deeply blue Texas in 1978. Clements was able to narrowly win by 17,000 votes through Project 230, an initiative in which he traveled by mobile home to 230 counties across the state. His tactic of besting the established party by going straight to the people repeats in O’Rourke campaign today.

Texas Monthly senior editor and Underdog host Eric Benson also speaks with Wendy Davis, who ran for governor as a Democrat in 2014. Davis, well known for her twelve-hour filibuster to stop the anti-abortion Senate Bill 5 in 2013, hoped to move the Democratic cause forward in Texas even if she lost. Instead, Greg Abbott won the race by a landslide—twenty percentage points.

We also hear from O’Rourke’s opponent, Ted Cruz. The Republican senator portrays O’Rourke as a coastal lefty, out of step with the cultural values of Texas—and judging by the cheers at the Firehouse Saloon in Houston, Cruz’s supporters agree.

Join us next week as we head to the Rio Grande Valley, where O’Rourke is counting on the heavily Latino population to vote, many of them for the first time.

Listen to Texas Monthly and Pineapple Street Media’s Underdog: Beto vs. Cruz via Apple Podcasts and anywhere else you listen to podcasts. 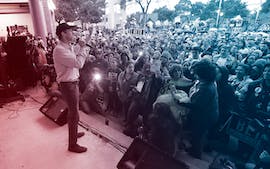 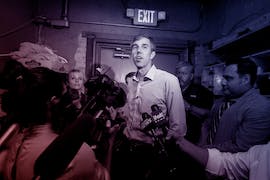 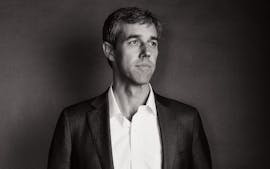