The Texas Legislature is not an especially uplifting place, but it can provide avenues for personal growth on the part of lawmakers. (Not that many, mind you, but the opportunities are there for those who want them.) Every other year, 181 people from wildly different backgrounds arrive in Austin to work with each other, and though that usually results in a number of near-fistfights, many lawmakers learn to respect the players on the “other team.” Those moments of empathy can be seen when tea party lawmakers and Democrats work together to fix local problems or, say, when El Paso County state representative Mary González, the first openly pansexual elected official in the United States, bonds with rural Republicans over issues facing Texas ranchers, or at committee hearings, where lawmakers are introduced to hundreds or thousands of members of the general public over the course of the session.

But there’s also nothing in the rules that says you can’t keep being exactly the same guy you’ve always been. Take Bob Hall, elected to the state Senate in 2014. Hall challenged state senator Bob Deuell from the right in the 2014 GOP primary, calling Deuell a pawn of Satan and public schools a method of “communist indoctrination.” He’s spent much of his time since on the problem of “electromagnetic pulse weapons,” or EMPs, a quack threat to homeland security derided by most credible arms control experts and a frequent plot device in pulp novels in which strong men defeat foreign threats. More recently, Hall came to the defense of Ray Myers, a personal friend and fellow tea party activist, who announced to the world that he was a “white nationalist.” The day after the story came out Hall was photographed with Myers at Trump’s hotel in Washington, D.C, later telling a Texas Observer reporter that the press liked to “view others through the faulty prism of perverted extreme political correctness.”

On Tuesday, Hall was listening to invited testimony on Senate Bill 784, which would make changes to how each school district’s sex education curriculum is approved. Sex ed is a controversial topic in Texas, and witnesses brought strong opinions. Susanne Kerns, the head of The Informed Parents of Austin, is a supporter of comprehensive sexual education. She testified against the bill, citing Texas’ high level of teen pregnancies. That’s her right, as it is for Hall to be against comprehensive sex education.

But then Hall decided to challenge Kerns, and things took a bad turn. Hall explained to Kerns that comprehensive sex ed was a tool used by abortion clinics to drum up business. “We have heard testimony in other settings from people who have worked in the abortion industry who created the initial sex education courses for the purpose of increasing their supply line of young women for abortions,” he said. As soon as sex ed was introduced to schools, Hall continued,  “that’s when we saw the increase in teen pregnancies going up.”

The idea that supporters of abortion rights are in it for the money, rather than because of their own sincere moral convictions, is common in some circles. But Hall took it a step further, offering the belief that the pro-choice left has deliberately attempted to get as many teenagers knocked up as possible over the decades to keep the factory line at their abortion clinics flush with unhappy patients. Not only that, Hall vaguely suggested they had admitted to it. If it needs to be said, this has no relation at all to reality—one of Planned Parenthood’s core missions is to educate people about contraception—and it’s downright weird to hear it in an official setting. (Hall did not respond to a request for comment.)

Kerns responded by arguing that most early sex ed isn’t actually about sex, but about providing information to young people about consent—the idea that it’s important to be aware of and to respect the wishes of others. This was something that was important to her, she said, because of the number of girls who are sexually abused. After a while, Hall leaned forward toward his mic. “I think you’ve dodged the question enough, thank you,” Hall said, cutting off her response. (He hadn’t asked a question.)

The issue here isn’t Hall’s belief that abortion is wrong or that sex education is misguided. Many people hold those views. Hall wasn’t obligated to be persuaded by Kerns, but he did have an obligation to listen. During his four years in office, Hall has demonstrated little willingness to listen, learn, or get outside his bubble. Legislative hearings are about listening, to experts and people with strongly held and sincere views, and the best lawmakers of all stripes have the ability to understand the beliefs of even their fiercest opponents, if for no other reason than that it makes them better about advancing their own.

But that takes moral imagination. Some of the tea party class of lawmakers, who ascended to power through the Republican primaries during the Obama years, grew into their roles once in Austin. Hall has not. Maybe it’s for the best that he keeps working on EMPs. 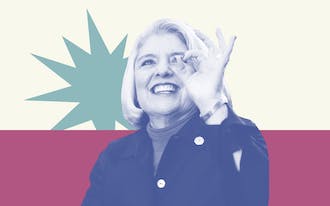 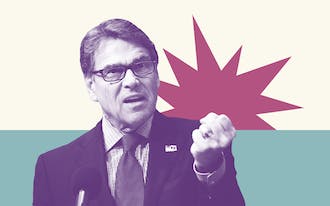