With a second place finish in Minnesota on Tuesday, Ron Paul had his best night of the year, wrote Politico‘s James Hohmann. Paul pulled in 27.2 percent of the vote, which was well behind winner Rick Santorum, but nearly ten points ahead of surprise third-place flop Mitt Romney.

As Hohmann notes, Paul could even end up with more actual delegates than Santorum, depending how things go down at the state party convention.

Here’s Paul revving up the crowd with that possibility (via the Huffington Post):

Among the crowd in Minneapolis the night before the caucus was Abe Sauer of smart-but-snarky New York website The Awl, who filed a long piece attempting to capture the essence of Paul’s young (“so young”) followers.

Sauer notes that when the current Tea Party’s core is senile, “Ron Paul supporters will still be, like, 43.” And that unlike the other Republican candidates, Paul rarely talks about religion, and doesn’t even go hard after President Obama, preferring instead to blast “both parties.”

The story also spends several paragraphs parsing the significance of Paul’s background as an OB-GYN physician, then complains that he is prone to rambling on. Writes Sauer:

Maybe Ron Paul just isn’t used to being in a position to actually win a state. Maybe the Congressman’s message has sat under the heat-lamp for so long even he doesn’t really believe it’s going anywhere in his lifetime.

Still, at the end, the crowd went bonkers again. Paul waved a bit but scurried offstage immediately. For an indie rock act determined to maintain an aura of anti-fame cool, this might be a good approach. But this is politics, where painfully begging adoration and support is pretty much the name of the game.

Sauer also cited the four things most likely to draw boos from Paul’s supporters (and we may have slightly reordered the list for our own dramatic effect): 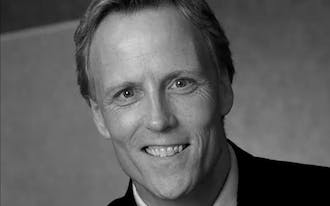 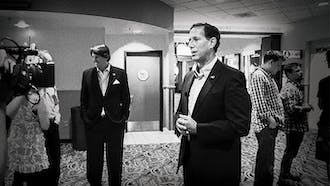