More than 183,000 high school seniors “may be missing the chance to register to vote” because a 1985 election law isn’t being followed by school districts or enforced by the Texas Secretary of State, concludes a recent study by the Texas Civil Rights Project. The League of Women Voters, however, draws a much different conclusion in its own study regarding compliance with the law.

The dueling studies, released within the span of a month, address a state with a history of low voter participation and highlight an obscure law passed more than three decades ago aimed at increasing civic participation among a younger demographic that historically has a bad record of voting. The law mandates that high schools across the state offer students of voting age the opportunity to register at least twice a year.

The Texas Civil Rights Project released a report last month concluding that two-thirds of high schools in Texas aren’t providing their voting-age students the opportunity to register to vote, and thus are not complying with the law. The League of Women Voters released a report last week on the same topic that directly contradicts the Texas Civil Rights Project’s findings. According to the League’s survey, 73 percent of public high schools in Texas offer voter registration opportunities to their students at least twice a year.

The League thinks its survey’s results are dramatically different because the TCRP’s data accounted for “just one mechanism for registering students,” which is to request the registration forms from the Texas Secretary of State’s office. In reality, the second study says, there are “multiple registration forms used to register voters.”

Dr. Kent Scribner, superintendent of Fort Worth Independent School District, also says the TCRP’s study only addresses part of the full picture—that “many schools do not always request documents from the secretary of state’s office,” and yet are still complying with the law.

According to the law, every high school needs to appoint a “deputy voter registrar” to pass out voter registration applications to every student that will be eighteen during that school year. The registrar has to get the applications either directly from the secretary of state, or from a “school board administrator” such as the district superintendent or school principal. The school board administrator can get the copies from anywhere as long as they are the official forms. So the administrator could get the forms from the secretary of state, the county registrar’s office, the county clerk, from a local library or post office, or online.

Eight schools in Scribner’s district are labeled as out of compliance, as are four schools in superintendent Dr. Jim Chadwell’s district of Eagle Mountain-Saginaw. Both Scribner and Chadwell said that they feel confident that every high school in their district is complying with the law; it’s just that their schools got the forms from one of the five places other than the secretary of state’s office.

“For [the Texas Civil Rights Project] to come out and say that we didn’t comply—it’s irritating,” said Chadwell, who says his office has distributed voter registration forms to every high school in his district for the last eight years. “They didn’t do their research,” said Chadwell. “It’s as if [they’re saying that if the secretary of state] didn’t give you the card, that somehow that’s not valid.”

When asked if schools could be complying with the law, just not getting the forms from the secretary of state, the Texas Civil Rights Project said yes, but that it’d be too much work to check with every single school on whether they got the forms and distributed them. Zenén Jaimes Pérez, a spokesperson for the Texas Civil Rights Project, said “we didn’t reach out to those schools” that could’ve gotten registration forms from someplace other than the secretary of state. “You would literally have to call up every school and ask them what’s happening, and there’s over three thousand schools.”

One thing that both the Texas Civil Rights Project and the League of Women Voters agree on and are advocating for is the need for a streamlined system that enables the tracking of the circulation of voter registration forms among Texas high schools. The lack of a tracking system means “we have no idea which schools need help, or where we need to reach out,” says Pérez.

Chadwell expressed hope that these groups can come together under the umbrella of their common cause and work together to raise Texas’s low voter-turnout rates.

“Get ’em while they’re young,” said Bettie Saccardo, deputy voter registrar of Covington ISD, “because if you don’t get them when they’re young and make it a habit, then they’re going to turn out like the majority of Texans now that don’t go to the polls.” 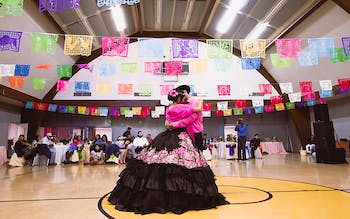 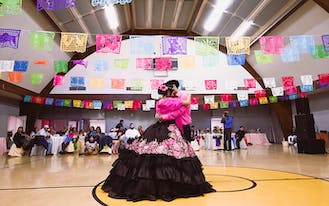 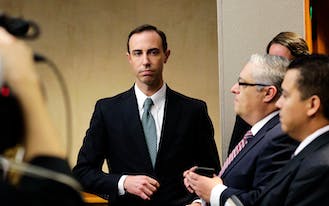 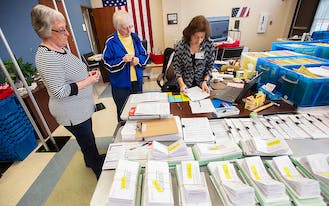