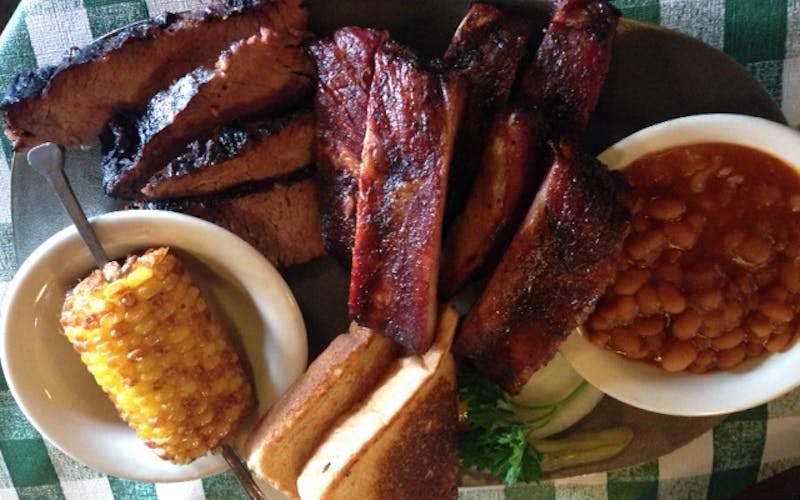 Sadly, the smoked trout that was a fixture on Warren Clark’s menu is gone, but there’s plenty more to choose from.  The lamb fries on a previous visit were mild, and fried in a crisp batter. Coupled with cocktail sauce they could have passed for tail-less shrimp. Another appetizer is a plate full of rib ends. These aren’t rib tips from a spare rib, but rather the end bones from either end of a rack of St. Louis ribs. The smoke and spice is more intense, but they also get pretty dry. Some were revived with just a dunk into the sauce, but others needed to marinate a while.