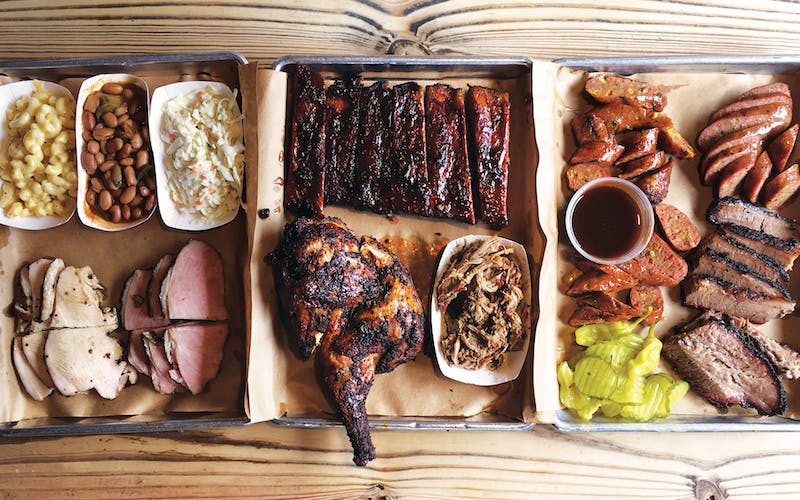 The sides steal the show at the Frisco location of Hutchins BBQ (the original opened in 1978, in Princeton, under a different name, then moved to McKinney). They include garlicky mashed potatoes, bacon-infused mac and cheese, and pinto beans that taste like brisket soup. But the folks in the sometimes very long line are there for the Hutchins brothers’ smoked meat, which includes some of the best chicken and sausage in the state; fatty, flavorful burnt ends; and beef ribs. John Mueller, a member of barbecue royalty, recently joined the team.

Pro-tip: Try the Texas Twinkie, a stuffed jalapeño that inspired the similarly delicious one at Arlington’s Hurtado Barbecue.