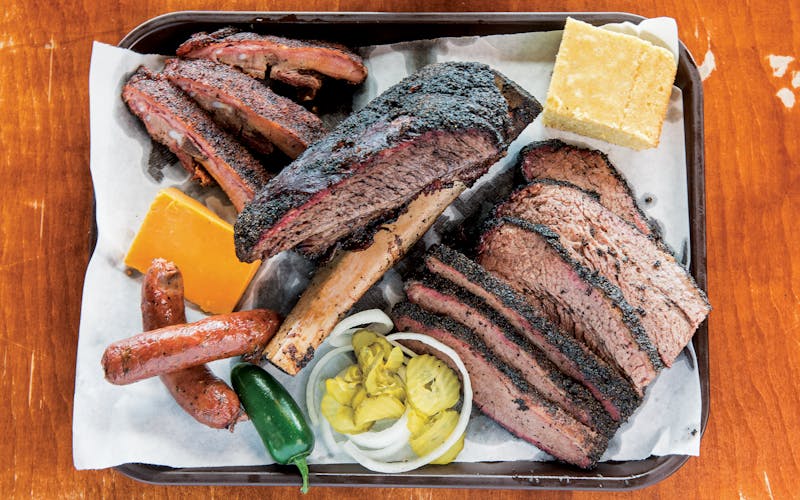 The line at Louie Mueller was moving slowly when we visited, and the woman taking orders had no time for small talk. But our request for a beef rib stopped her cold. “You know what you’re doing, right?” she said. “That’s gonna be more than two pounds of meat. Yep, could be seventy or eighty dollars.” She slapped the counter, turned and pulled the rib from the warmer, and dropped it onto a tray, causing the rendered fat and tender beef to roll like waves on an angry sea. The first salty, buttery bite made clear that this is one of the best pieces of smoked meat you’ll find anywhere. The brisket, sliced as thick as a New York strip, and the all-beef sausage, which audibly snaps (and drenches your chin) when bitten, are also near-perfect specimens. And that’s why few things are more sacred in Texas barbecue than a meal at Louie Mueller.

Pro-tip: Prepare to embrace a long wait and many decades’ worth of smoke-stained charm.