Texas, like all places, is the site of both triumphs and tragedies. Every week in the Best Thing in Texas, we look for something that reminds us why we love our state so much.

What: A daring horse rescue in Houston this Sunday.

Who: A few Good Samaritan drivers.

Why It’s So Great: A loose, frightened horse on a city highway full of fast-moving cars could have ended in tragedy. Thanks to a few brave drivers, the potential catastrophe was avoided. It’s not clear what went wrong for a horse to end up on Highway 59 in Houston on the evening of May 20, but since it was wearing a saddle and a bridle, it’s likely that a rider fell off the horse at some point. Since it’s fairly common to see people riding horses next to highways in Texas, it’s possible that the horse, suddenly riderless, was spooked by the speeding cars, and panicked before heading onto the highway.

One video, recorded by a passenger from inside a car as it pulled up next to the horse, shows that a white pickup truck had already slowed down alongside the horse and the passenger was leaning out of her window, trying to grab its reins. The second driver, in the same car as the passenger who was recording, pulled up on the horse’s other side, yelling, “Whoa.” The horse slowed down enough for the woman in the truck to grab the reins, and once she got ahold of them, the truck began to guide the horse over to the far right lane, where it eventually slowed down to a walk.

As the second car slowed down to drive behind the truck guiding the horse, the driver told a child that a man fell off the horse. “They just saved that horse’s life,” he said. He didn’t seem to include himself in that statement, but we sure do.

"They just saved that horse's life": Motorists come to the rescue after a horse escaped from its owner and ended up in the middle of a Texas highway. https://t.co/nu6C2mHxFu pic.twitter.com/r2Ji28Lmep 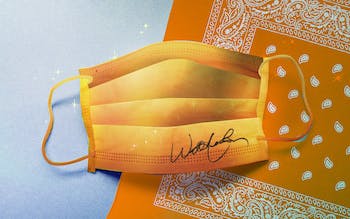 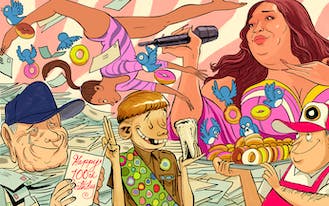