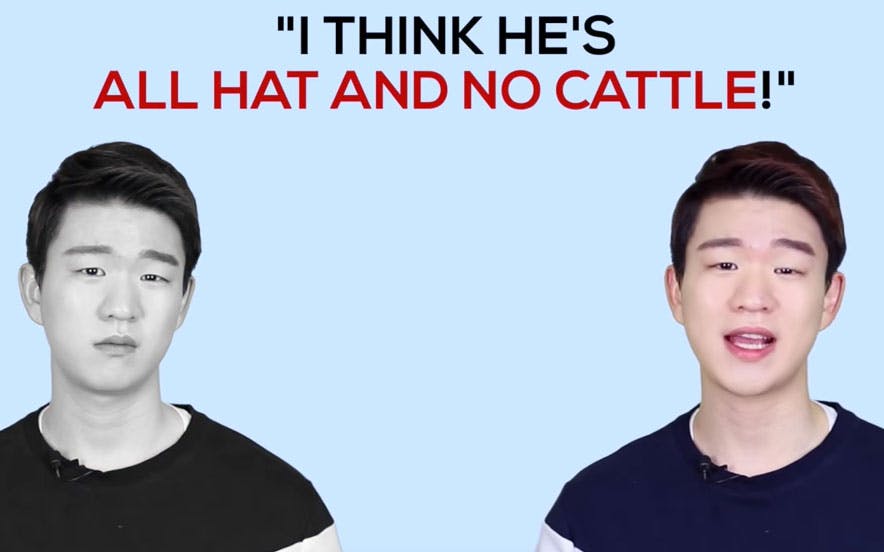 The regional quirks of a language spoken around the world can be difficult to explain to people who didn’t grow up with it. If you’re a native speaker, it gets easier. It’s possible to use context clues to figure out what, say, even the most obscure British slang words mean if you speak English (like “Bob’s your uncle” for “there you go”). Similarly, people from Ireland to New Zealand can figure out what a hitch in your get-along is, even if those sound like nonsense words without the proper context.

Things get trickier, though, when you start talking about international audiences. There are plenty of people around the world who speak English as a second-, third-, or fourth language, and figuring out the regional differences can be an impossible task.

Or it would be an impossible task, if not for the heroic efforts of Seong-Jae Kong, better known as Korean Billy. The YouTube star devotes an impressive amount of time to explaining how English works in different parts of the world. He first came to prominence in 2016, when he began explaining the differences between English as spoken in Liverpool, where the Scousers have their own take on the language, as compared to the rest of England and beyond.

Billy is a charming on-screen presence who has fun with the videos. The phrases are both absurd and relevant for the residents of Liverpool, which gives the videos a good mix of genuine educational content and abject silliness. But if it’s only marginally interesting to watch him explain the Scouse or Roadman dialects for us Texan viewers, it’s a different story when he turns his attention on our own derivations of the English language.

That’s what we get in his latest episode, which hit YouTube four days ago. While so far it hasn’t achieved the success of his Liverpudlian exploits—the video currently sits at around 8,100 views, compared to 346,000 for his Liverpool video—it’s more fun for those of us who speak Texan.

In the video, Billy explains “Texas dialect words in the United States,” which is “one of the most popular dialects in the South Central United States, and it’s also called Texan.” He starts with the etymology of “Howdy,” explaining that while it may come from “how do you do,” it’s just a simple greeting without an implied question at this point. He goes on—”y’all,” “fixin’ to,” “might could,” and “all hat and no cattle” all get explained, and he wades into the waters of “Coke” as a universal catch-all for any variety of soda, perhaps the least intuitive slang of the bunch. (In his translation—from the British “What kind of fizzy drink do you want, mate” to the Texan, he does replace “mate” with “dude,” which, depending on how old the Texan in question is, may, as Sam Elliott says in The Big Lebowski, be a name no one would self-apply out here.)

Regardless, Korean Billy’s tour through Texas slang is a lot of fun, and does a pretty accurate job of translating some of our linguistic peccadillos for an audience around the world who want to be able to prove, should they come to visit, that they’re not all hat and no cattle.