We’re not sure if more strange things necessarily happen in Lufkin than in other small towns, but the police blotter at the Lufkin Daily News has always been one of our favorites in the state. Here are some of the highlights from March.

March 1
A complainant reported a cat missing after it was let out of the house and did not return. The owner believes the cat was stolen.
March 8
The Lufkin Police Department arrested a woman after reports came in of a woman rolling around in a puddle. The 36-year-old woman faced a charge of public intoxication after officers arrived to a home of a concerned resident to find her allegedly rolling around in a puddle and playing with the woman’s dog.

A complainant reported a neighbor’s pot-bellied pig has continually caused problems at the complainant’s residence.

A woman reported her neighbor’s turkeys had defecated in her yard and on her walkways. She further advised she tried to run the turkeys out of her yard, when one of the toms bristled his feathers and came at her in a menacing way. The report notes there are no laws regarding the caging of fowl.

March 9
Animal control investigated a complaint of malnourished cattle. The cattle were found to have adequate food, water and room to move freely.

March 15
Someone found a bag of oregano. The bag was packaged as marijuana.

March 21
Animal control received a call about a snake believed to be in a mechanical part of a vehicle Monday. The vehicle had been driven and the snake could no longer be seen.

March 23
A large, adult pot-bellied pig was reported running along U.S. Highway 69 north. A deputy located the pig and chased it from the roadway, but it got away in a pasture and was not located again.

A man reported he was scammed out of $600 by an online website that sold dogs.

A man reported an intruder flooded his home by leaving a kitchen faucet running.

March 24
Someone reportedly stole a sofa set from a model home.

March 26
Someone reportedly stole a violin and violin case from a house.

March 28
The Lufkin Police Department received a report from the Ellen Trout Zoo Monday regarding a missing tortoise. Zoo officials reported an elongated tortoise valued at $200 was missing from its enclosure. It is believed someone may have reached over the enclosure’s concrete barrier to steal the tortoise. There is no surveillance in the area and no evidence of an offense other than the tortoise’s absence.

Someone reportedly stole a grave marker from McClure Cemetery.

March 29
A complainant reported someone is stealing his or her chickens, ducks, and eggs.
March 30
A truck hauling chicken remains spilled at Kurth Drive and U.S. Highway 69 north in Lufkin. A hazmat crew arrived on the scene to clean it up.

March 31
Someone reportedly entered an unlocked vehicle and stole a musical instrument. 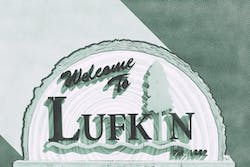 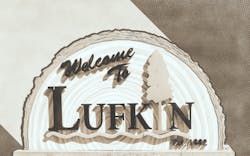