On a warm afternoon in Juarez, in 1969, Fred Renk nervously entered a dusty bullfighting ring. Though he was a mediocre bullfighter, he was ambitious and optimistic. It seemed to be a lucky time for U.S.-born bullfighters: John Fulton, a bullfighter from Philadelphia, had become the first celebrity American matador, an honoree who earned praise from Ernest Hemingway and James Michener. Successful matadors enjoyed prestige; they possessed a dangerous allure. Renk, a Culligan water treatment manager based in the Rio Grande Valley, dreamed of joining their ranks.

Only a series of hairy, snorting, 1,000-pound blockades stood in his way, and on that day, the obstacle’s name was Conquistador. Eyeing the bull from the protective barrier, Fred Renk noticed Conquistador seemed calm, strolling into the ring with more curiosity than rage, a composure that Renk registered as unpredictability. When Renk exited the barrier and walked toward Conquistador, the bull just stared at him. Someone in the audience shouted that it was “un pinche brujo,” a damned witch.

The ominous remark didn’t worry Renk’s four-year-old stepson, David—a thin, blonde boy, who sat in the shaded front row, squinting across the sand. He’d always come along on Renk’s bullfights and was not easily alarmed by the dramatic turns. He’d watched many times as Renk drew his magenta-colored cape, charming the dust into a swirl as death charged past him.

This time, however, when Renk offered the cape, the bull took aim at his knee. He spun the cape in a circular motion, and the beast tossed Renk in the air. After he fell to the ground, Conquistador played with him: He speared him in the upper leg and pulled Renk atop his head like a floppy hat worn akimbo. Then, as if to gloat, Conquistador pranced, presenting his trophy to the gasping crowd before he rammed Renk’s body into the sidewall of the ring.

Though Renk lived, his injuries sped his amateur career to its conclusion. He was already 26 years old, no longer a promising up-and-comer, and he recognized that sponsors’ interest in him would diminish with age.

But his misfortune did not weaken David’s fascination. David had been playing matador since he was a tiny boy, performing for his father and his father’s bullfighter friends, swinging an imaginary cape, thrusting for a clean kill. The men applauded the boy, impressed by his passion. It wasn’t until he’d left the room that they’d console Fred, “What a shame that the kid’s feet are so screwed up. He’ll never be able to fight bulls.”

The problem was not just that David would be an American competing in a Latin sport. David’s challenge was more basic: he could not stand. Born with club feet, the eight-year-old hobbled so badly that his stepfather often had to carry him. Even after David endured surgery, followed by a body cast and corrective braces to remedy his stance, the chances were slim that he’d achieve any triumph upright, never mind stand his ground opposite a charging behemoth.

Perhaps in those days, all possibilities seemed equally unrealistic to him. When David was about nine years old, sitting in a wheelchair as he recovered from his surgery, he went to see the famous fighter Pepe Luis Vasquez perform in Juarez. Just before Pepe Luis was about to kill the bull, the matador paused and dedicated the kill to David. “You can be anything,” Pepe Luis said loudly to the crowd.

Normally, this was followed by a gracious nod, but the boy piped up, “Even become a matador?” Vasquez was taken aback. “Yes, even a matador,” he replied. Then he turned with the sword pointed and the bull, seeming to want the production to be over, dove headlong.

I came across the Renks earlier this year while writing the introductory essay for Joel Salcido’s strikingly beautiful photos for the June issue of Texas Monthly. Seventy-seven-year-old Fred Renk now operates a bloodless bullfighting ring in La Gloria, about sixty miles north of McAllen. During our visit, Fred talked about his now 51-year-old stepson almost constantly, and a whole room near his ring is dedicated to much of the duo’s memorabilia: black and white photographs of old bullfights; faded posters; newspaper clippings; dusty, taxidermy heads of bulls with names like Noventon and Cuate. During my reporting, David entered the dimly lit room only briefly and kept his input to a minimum, preferring to let his stepfather—a born promoter—do what he did best.

It wasn’t until around age ten, Fred explained, when David was finally able to walk, that the boy began to show real promise, standing boldly as he practiced Veronica passes with Fred in his backyard. Attempting to gain physical strength, David trained by walking a tightrope and running up and down the grandstands with a book on top of his head; wanting to perfect his stepson’s approach, Fred paid a professional teacher. In time, David graduated from model bulls to big, old cows. David learned to sink to his knees and give an over-the-shoulder farol de rodillas, a move where he pushed the steel sword into the animal’s heart for a quick death. If David were so unlucky as to get gored, he was instructed to get up right away to prove he had “brave blood.”

Improbable as it once seemed, a thirteen-year-old David began entering bullfights. On January 1, 1978, he secured his first fight, in Reynosa. He was nearly pummeled before he killed his first bull, but with time, David built a reputation in Mexico. “Texas Teen Reaches Impossible Dream,” was one 1978 headline, whose story ended, “He made his father very proud and his mother very unhappy.” Noting that all great matadors have nicknames—El Ciclón, El Faraón de Texcoco—his godfather, a bullfight rancher named Don Arturo Garcia, gave him the moniker El Texano. (The family acknowledged that the correct spelling is “El Tejano,” but they always used “El Texano.”) The name helped generate curiosity around the fair-haired boy who began to stalk bulls while the band played “The Yellow Rose of Texas.”

In 1981, when David was only eighteen years old, he became the sixth American to be named a matador. Having performed in thirty-some professional fights in his four-year career, he was the youngest North American to receive his doctorate, stepping out into the ring to become an official matador in his ornate suit of lights. Fred described this proud moment in his self-published book, Two Swords, One Heart: “David was in complete control, as he linked series after series of six passes, climaxing each set with appropriate adornments, then walking away from the bull, while smiling at the cheering fans. . . . David returned to the bull and gave six Manoletinas, while staring at the crowd. Then, while the fans were in a frenzy, David profiled, crossed over the horns, and placed a perfect, full sword. Within seconds, the bull dropped dead. The stands filled with waving handkerchiefs.”

El Texano continued to perform for nineteen years after that fight, and though he held his own in a challenging world where money and influence are key, he never became a major draw. Fred conceded that David simply didn’t perform often enough. “A matador of that caliber should be fighting once a week, and he fought four, five times a year,” he told me. David thought he’d get a contract after he became a full matador, but it never came. David first began losing interest  after a horrible performance in La Plaza Mexico, in 1983. “David was doing his best, but the bull refused to cooperate,” Fred wrote. “The first aviso was sounded. The horn seemed to mock the torero’s efforts. David attempted another sword placement, but discovered only bone. The second aviso was played. El Texano began to get rattled. When the third and final aviso reverberated across the sand, David, with head down, turned and walked back across the arena.” The bull returned to the corrals, where it died—a huge insult to the matador. “For the first time in his young career, David heard the crowd soundly boo him.”

This abysmal showing sent him into a tailspin from which he never recovered. “I bombed,” David told an interviewer around 1995. He explained that he felt his burden was too much to bear; he’d been working his whole life to please his stepfather, who’d been helping him get all the money and connections he could drum up, but David’s poor performance at La Plaza combined with distaste for self-promotion sent him into deep despair.

“[Fred] got me there. He paid the money. And I guess that was what really blew me out of the saddle. Then, I flopped and disappointed him,” David said. “I disappointed everybody.”

He told the interviewer that he wanted another shot. “I feel that now, if I could have five fights in a row, in five or less weeks, or even ten weeks, I would fight like nobody has ever seen,” he said. “I know that.”

The interviewer asked if he was ready to accept the fact that he was liable to fail.

Today, if you passed David Renk at a gas station, near his home, or in the post office at La Gloria, where he picks up his mail, you would never know that the lanky, scruffy-looking man had once appeared as a professional matador in 140 corridas in dozens of Mexican cities and killed 280 bulls. If you’re an animal rights activist, or even if you are generally squeamish about the brutality of the sport, you and he may both be grateful for his anonymity. Still, given that only one other American has risen to his rank in the fourteen years since he retired, it is worth noting: El Texano lives among us. 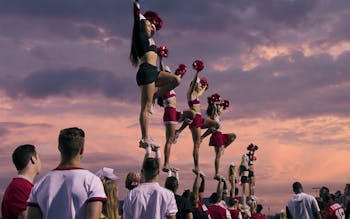