This time of year is usually a fun one around the Alamo Drafthouse. Fantastic Fest—the chain’s signature event, an eight-day genre film festival that puts together some of the more innovative programming audiences are liable to find at any convention—kicks off this weekend. The company’s CEO, Tim League, infuses the entire event with his personality and a gonzo sense of Texas fun. But this year, that’s not the major discussion around the Drafthouse. Rather, it’s League’s decision to re-hire blogger Devin Faraci, and what that choice says about the Austin-based theater chain that prides itself on fostering an inclusive, devoted community.

Faraci, who served as editor of Drafthouse’s Birth.Movies.Death film magazine and website for six years, left the company last October after he was accused of sexually assaulting a female film critic. The incident occurred years earlier, and Faraci—who says that he had been a blackout drinker at the time—responded with an apology. Last week, though, Faraci’s byline appeared in the program guide for Fantastic Fest, which includes summaries of the featured films. When questioned about the writer’s reappearance in Drafthouse literature, League explained via a Facebook post that he had re-hired Faraci several months earlier:

I understand there’s some discomfort with the idea that Devin is once again employed by the Alamo Drafthouse. However, I am very much an advocate for granting people second chances, and I believe that Devin deserves one. He continues to confront his issues and to better himself with the help of his friends and family. I am proud to consider myself a part of this process.

League’s explanation wasn’t well-received by the community of Fantastic Fest and the Drafthouse. Women who worked with the company and with Faraci began discussing experiences they’d had with both parties. Screenshots of an email League sent to a woman who had told him about alleged harassment she’d received from Faraci, in which he asked her to keep the correspondence between them, ended up going public. One of the festival’s longtime programmers resigned in protest. A few days later, League announced that Faraci would officially no longer be associated with the Alamo Drafthouse in any capacity. A few days after that, he posted a lengthy apology on Facebook, explaining that “I’ve let so many of you down” and that “I’ve realized that decisions I have made over these past months have been problematic,” promising to “change course” to correct those decisions.

When I profiled League for the July 2017 issue of Texas Monthly, I asked him about the the lack of diversity in the Drafthouse’s upper management. He had just referred to himself as a “closet activist,” and he admitted, in an interview we did in February 2016, that this troubled him. “The senior leadership of the company is a lot of dudes,” he told me. “We are trying to turn that around. We hire the people we think are the best for the job. I like to think personally that I’m blind, but I’m a middle-aged white male.”

That’s a problem for the Drafthouse, and for Fantastic Fest. There are business and reputation problems on the horizon for both organizations in the immediate, short-term future: the outcry led Fox Searchlight to pull the festival’s opening night film, Three Billboards Outside Ebbing, Missouri, from the slate last week. (The film involves the aftermath of a sexual assault and murder.) The festival lost a senior programmer, and the Austin film community that has celebrated the Drafthouse now does so with a heavier heart.

But the business implications are League’s problem to deal with, and he will. But it’s unclear what all of this means for the community that has sprung up around the theater chain. Certainly, the senior leadership of the Drafthouse is overwhelmingly male, and its CEO decided to reintroduce a person to a group that includes those he’d previously victimized. But League, and the dudes who make many of the key decisions for the Drafthouse, aren’t the only stakeholders in Fantastic Fest.

The reason the festival works is that it gives many people from many places a chance to spend eight days in a fiercely accepting community. Of course, it’s not unusual that even among a band of outcasts, powerful men still make the decisions at the top, but the experience of attending Fantastic Fest is one that’s been overwhelmingly positive for people who look nothing like Tim League or Devin Faraci. That inclusivity is because of the work done by staffers, volunteers, filmmakers, fans, critics, and programmers, a much more diverse bunch than the homogenous senior leadership of the organization.

Jackie Salcedo, who works at the Women and Gender Studies Department at UT, takes a week off every year to volunteer at Fantastic Fest. Her work puts her in regular contact with marginalized people and sexual abuse survivors, and she’s been conflicted about whether to attend this year, after the Faraci re-hiring. She ultimately decided to stick around. “I don’t want to give this up right now,” she says. “I have a community there. I know women, people of color, queers who are going to be there—and more marginalized folks I don’t know personally, volunteers, staff, and waitresses and dishwashers who work for minimum wage and tips. The guys at the top are not Fantastic Fest. We are Fantastic Fest.”

That’s an optimistic spin, and speaks to why League’s choice to re-introduce Faraci had such significance (The Daily Beast, in a story about the events of the past week, described it as having “shook up the indie film world,” and coverage from the Hollywood Reporter, IndieWire, and more echo that description). League saw Faraci as someone trying to recover from a series of mistakes, and thought that the accepting community at Fantastic Fest would be a place for a second chance. But for community members who found a home at Fantastic Fest, many who have been told elsewhere that their safety and comfort was of secondary importance, the preferential treatment towards Faraci—a straight white man who abused a position of power—felt like a betrayal.

All of this is unlikely to have a huge impact on the Alamo Drafthouse bottom line. They sell a lot of tickets to people who have no idea what Fantastic Fest or Birth.Movies.Death are. The festival as an institution is likely to endure as well. But the damage to the community that has gathered around these things is something that League desperately needs to address.

In his apology, League sounds like he plans to rectify the problem and change how the organization operates so the next time he considers making a decision that puts his community at risk, he’s hearing from them before it happens, not justifying it to them afterward. He seems sincere.

Still, when he said similar things a year-and-a-half ago, it also seemed sincere. And it’s unclear if League will take the steps to rectify a problem that he knows exists. 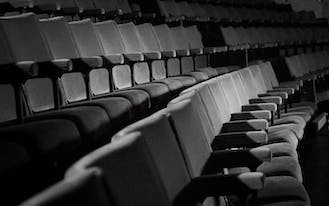 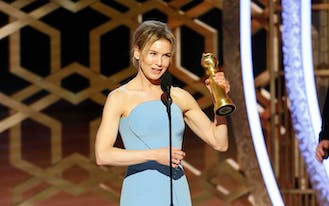 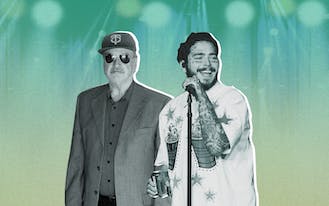