The U.S.–Mexico border ​represents one of the world’s greatest socioeconomic divides between two neighboring countries. Where Texas and the Mexican state of Tamaulipas meet, these differences are highly visible: tree-lined American suburbs overlook crowded Mexican colonias from across the Rio Grande. Yet thanks to NAFTA, there’s no shortage of opportunity on the Mexican side of the great divide; many companies have moved their production south of the border. Reynosa added more than 12,000 manufacturing jobs last year, Matamoros has grown almost fivefold since 2005, and Nuevo Laredo now handles about a quarter of Mexico’s international trade. The result of this economic boom is an “urban pileup effect”: though Reynosa, Matamoros, and Nuevo Laredo take up nearly as much acreage as their sister cities in the U.S., they’re much more densely packed, with two to three times the population. This is a sign of a flourishing economy, but there’s a downside as well: migrants who settle there face the very problems they sought to escape—inadequate infrastructure, crime, and poverty. 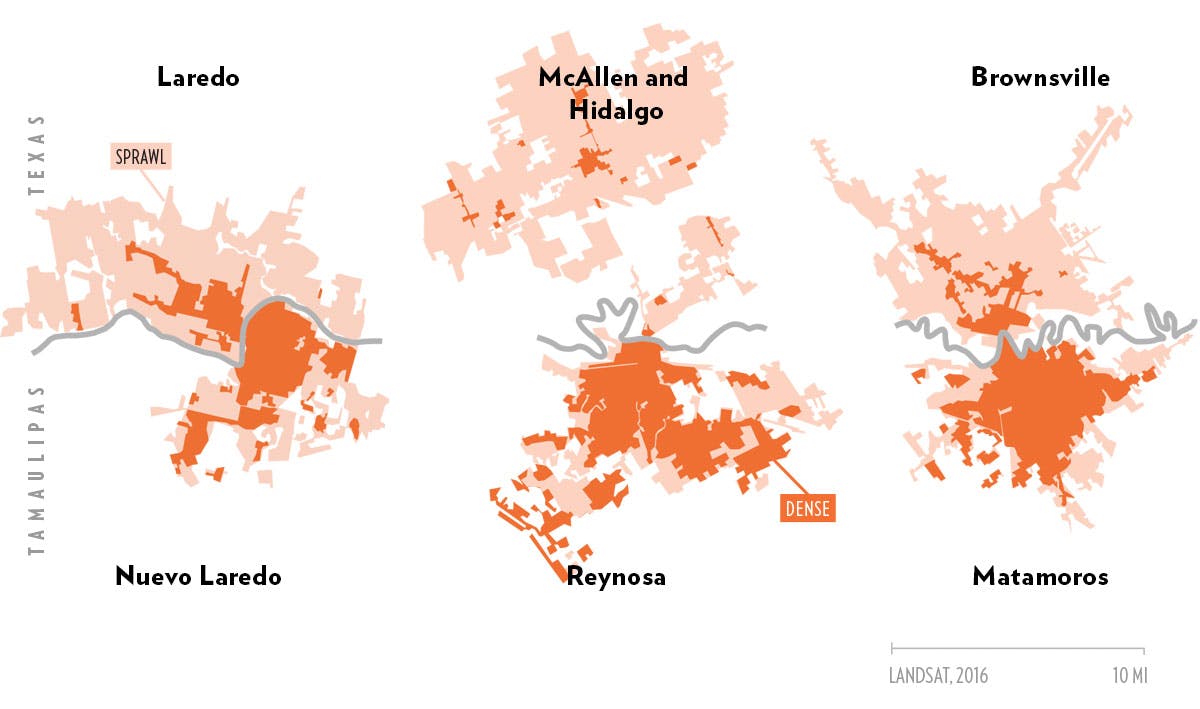 POPULATION COMPARISON
Note: the population figures refer only to the areas represented on the map.

Trubetskoy is a student at the University of Chicago; his maps can be found at sashat.me.

A Reformed “Model Immigrant” Shares What It Costs to Become American