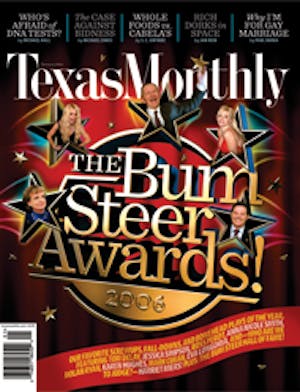 AFTER A NINE-DAY TRIP—we stopped in Spain, Turkey, Qatar, and Kuwait before landing in Iraq—I’m now at Forward Operating Base (FOB) Duke, south of Baghdad near the city of Najaf. No, it doesn’t usually take nine days to get here, but the Air Force jet we were riding on kept having maintenance problems. The flight crew told us not to worry: “We could land her with two engines if we had to.” How reassuring.

On our Kuwait stopover, I picked up my new personal gear, which is awesome: a lightweight helmet, high-speed sunglasses and goggles, boots, and heavy fleece overgarments. It sure makes life more comfortable, and I have to say that we’re clearly better resourced than when I was here the first time: In 2003 most of the soldiers in my unit didn’t have the improved bulletproof plates for our flak vests, and when we rode in Humvees, they still had just the canvas tops. So the only thing between us and an IED or a sniper round was a layer of material you could stick a pen through. Needless to say, I’m glad for the upgrades.

Landing under cover of darkness at the Baghdad International Airport, I became acutely aware of being in a combat zone again; the distant sound of gunfire in the city and the familiar smell of burning trash brought back all kinds of memories. My first thought as I rode away from the airport in a Ford Explorer: “Is this thing bulletproof or what?” Turns out that the route we were traveling, though, toward our lodging for that night, was not “outside the wire,” or beyond the camp perimeter. I discovered the next day, in fact, that there’s an enormous stretch of interconnected camps and FOBs where you could spend an entire year—heck, even longer—and never leave. There’s even an affectionate little term for people who do that: Fobbits. Most of them are support staff, usually civilians contracted to cook, do laundry, and other stuff. They come from all over the world. On my first day, I was walking through the dining facility and saw three elderly ladies sitting together drinking coffee, and they were all speaking German. I felt like I was in Fredericksburg.

In Baghdad I spent some time in a former Hussein family complex now known as Camp Slayer. It has two huge palaces, two boathouses, a building that was used for Baath party meetings, and a large building rumored to have housed Saddam’s harem, all surrounded by an artificial lake. The soldiers who like fishing have made good use of it; it’s pretty funny to see them there in their desert uniforms waiting for something to bite. I didn’t like staying at a Hussein palace, though; I had this creepy feeling the entire time. A place like that must take on some really negative karma, and I would just as soon see them level the entire thing. Still, at Slayer I ran into quite a few guys deployed with the 36th Infantry Division from the Texas National Guard. They’ve been manning checkpoints and running security patrols in and around Baghdad. It’s great to meet people from home; we talked about our hometowns, our high schools and colleges, and, of course, college football (Hook ’em, Horns!). As a matter of fact, I’ve found out that I’ve been assigned to Alpha Company of the 451st Civil Affairs Battalion, out of Pasadena; a bunch of the guys on my team are from the Houston area.

A lot’s been said about the war, about its merits and its flaws, but you don’t hear much of that from the people here. The morning before I arrived in Baghdad, when I was still in Kuwait, I ran into a Marine lieutenant who was in charge of escorting the bodies of Marines killed in combat back to the States. She referred to them as angels. I tried to be sympathetic, and I said that I thought it must be a really crappy duty. But she disagreed. She had lost fellow Marines before, and she knew that someone had taken care of them while she continued to fight, and now she saw this as simply doing her part. Her attitude really hit me: For her, courage isn’t something grandiose you read about or see in the movies; it’s just a fact. Later on, after I’d arrived in Baghdad, I passed the gate that leads down the route known as Ambush Alley (so named because of its popularity among insurgents who want to make their presence known; it’s the road between the airport and the city’s center). Several soldiers were mounted up in armored Humvees and were about to go on patrol, and the same thought crossed my mind: Something as simple as taking a ride through the city takes courage, and these guys do it every day as a matter of routine.

As I rode on a helicopter out from Baghdad and into the southern desert to meet my new team, I thought about my own preparation for all this, the four months of studying, training, and waiting. I’m looking forward to working with these guys. The adventure’s begun.