The Giddings State School, which has been plagued by scandal for years, finds itself facing yet another controversy. A nine-page report from the Texas Juvenile Justice Department ombudsman, Debbie Unruh, revealed some incredibly disturbing information about a power structure that has developed among the school’s residents.

The report, which stemmed from a visit Unruh and two deputies made to the Giddings State School in March, described that less powerful youth at the school were being “bought and owned by other youth” for drugs, cigarettes, and money. According to Unruh, the staff did not have control of the population and some students lived in such extreme fear that they would not leave their quarters.

Lawmakers, who overhauled the Texas Juvenile Justice Department during the Eightieth Legislature after the agency suffered a major sex abuse scandal, were understandably furious about this news. As Mike Ward of the Austin American-Statesman reported in April:

“This situation is totally unacceptable and unbelievable, after everything we’ve been through with this agency,” Whitmire said. “Youths are obviously in danger there, when you have a state report saying they are being bought and owned, bullied, are afraid — at an agency that was supposed to have been cleaned up, that has gotten tens of millions of dollars in the past few years so things like this won’t happen.”

Madden echoed that sentiment. “It doesn’t appear we’re controlling the youth there, that we’re allowing the victimization of youth. That has to be stopped immediately.”

The Giddings State School, which houses some of the state’s most violent youth offenders, has faced other serious problems recent months: two staff members have been attacked, a corrections officer was beaten so severely that he required a metal implant to be inserted into his face, and some employees publicly admitted they were scared to go to work.

And recent days brought news that three incarcerated youth from the school had escaped from a halfway house in Austin, Ward reported on Monday:

Three youths who had been incarcerated at the troubled Giddings State School — one identified as a ringleader in an alleged extortion scheme — escaped from a lower-security Austin halfway house where they had been transferred, officials confirmed Monday.

The third, a 17-year-old doing time for aggravated sexual assault, returned to the Turman House after several hours. Officials said Monday that he was set to be returned to Giddings. 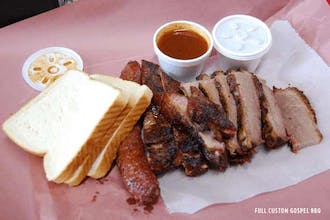