With the decline and fall of Lance Armstrong, Texas is on the hunt for a new athletic darling. And the state just might have found that in two preteen sisters from Alvin who hold pace with—and beat—adults on the endurance running circuit. Kaytlynn and Heather Welsch, twelve and ten respectively, together have competed in more than 160 endurance races in the last two years.

A 5,000-word profile by Barry Bearak in the Saturday New York Times describes the sisters’ extraordinary feats in a field where they regularly go head-to-head (or head-to-waist, for the 60-pound girls) with seasoned adult athletes.

Kaytlynn, the elder and winningest of the sisters, completed her first 5k race at ten and her first marathon the following year, according to her profile at athlinks.com.

She finished first in the women’s division of the XTERRA 21K Trail Run in Waco on August 18. Heather came in third behind 42-year-old Ironman triathlete Claudia Spooner, who was favored to win among the women competitors. But Kaytlynn was modest about her victory. “I think she was sick that day,” Kaytlynn told Outside Magazine‘s Katie Arnold, regarding Spooner’s performance.

Spooner was not expecting such fierce competion from the young runners. “I was astounded they could run like that,” she told Bearak.

Though impressed by their performance, Spooner was worried that racing at that level could harm such young girls later on, and she is not the only one to express such concerns. The Welsch girls say they are often told by other runners that they are going to hurt themselves. Kaytlynn’s victory in Waco, and the subsequent article in Outside, has inspired many supporters and detractors on Twitter.

Rodney and Niki Welsch, the girls’ parents, are not oblivious to the potential risks their daughters’ face. They have consulted with specialists about the potential dangers of their children competing at an adult level. Bearak accounts for the opinions of such specialists in his article—including an endocrinologist, an orthopedist specializing in sports medicine, a podiatrist,  an orthopedic surgeon, and a psychologist—who neither whole-heartedly endorse the practice nor reject it outright.

Dr. W. Douglas B. Hiller, an orthopedic surgeon at North Hawaii Community Hospital who has been the chief medical officer for the triathlon at the Olympics, expressed to Bearak the ambiguous nature of any health risks the girls may face:

In general, kids should stick to kids distances and then race at adult distances when they are adults. The distances sound excessive. But if these kids feel it’s a mission to do this and they aren’t having adverse effects, I guess it’s OK. Bottom line: I wouldn’t recommend it, but I wouldn’t forbid it, either.

The bottom line for the Welsches is that their daughters love running, and they will continue to compete as long as it doesn’t pose a threat to their health.

“For some reason, running is really fun, even though it hurts sometimes,” Kaytlynn told Bearak. “I enjoy it. I can go on and on without getting tired. It makes a purpose in my life.”

As well as distance running, both of the Welsch sisters have competed in triathalons, but their prowess in swimming and cycling doesn’t compare to their enthusiasm for running. Trail running, in particular, is their favorite.

Despite their speed, the Welsch sisters also show their age. Heather always pins a stuffed animal to her sports bra to keep her company on a race, alternating between her favorites: a toy raccoon, skunk, beaver, owl, or squirrel.

According to Rodney Welsch, what keeps Kaytlynn competitive isn’t a drive to beat the adults around her, but need to beat her younger sibling. When asked if her little sister is fast, Kaytlynn responded that Heather is fast, just not as fast as her.

View this slideshow of the Welsch girls in action. 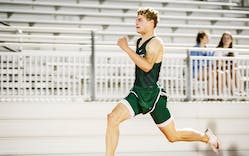 ‘White Lightning’: This Houston Kid Might Be the Youngest Person to Ever Break the Ten-Second Barrier 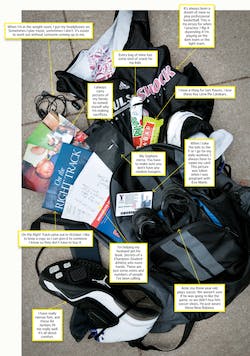 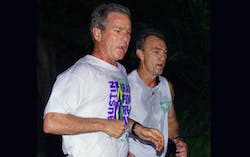 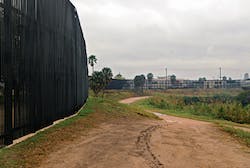