As anyone who has eaten too many heat-lamp hot dogs smothered in pump chili knows, the foodstuff consumed on the way to your destination can be one of the horrors of the trip. To help guide your gastronomic ramblings this summer, we asked our advice columnist for his five snacks. 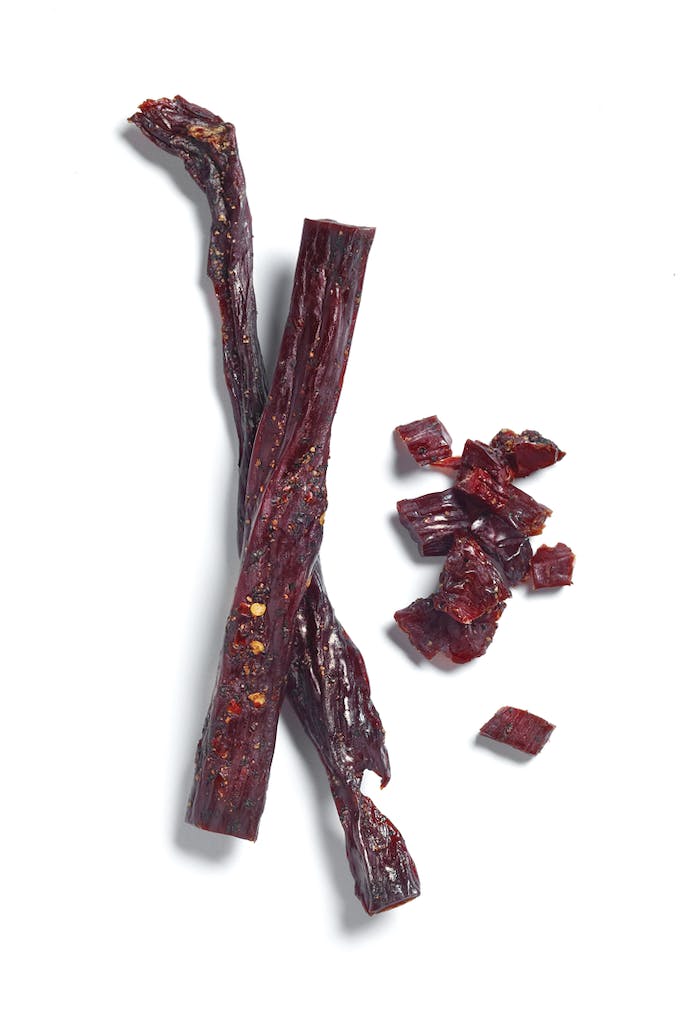 Nothing makes the miles pass like a tooth-loosening, jaw-exhausting snack of salty cured meat, and it is always exhilarating to poke around a gas station, looking for regional varieties. Whittington’s Jerky and General Store, in Johnson City, and Prasek’s Hillje Smokehouse, in El Campo, both produce nice bags of well-smoked and well-peppered beefy goodness (available at your finer filling stations), but so do many lesser-known smokehouses. The road goes on forever and the jerky, thankfully, never ends—mostly because it winds up stuck in your teeth until you get to the motel. 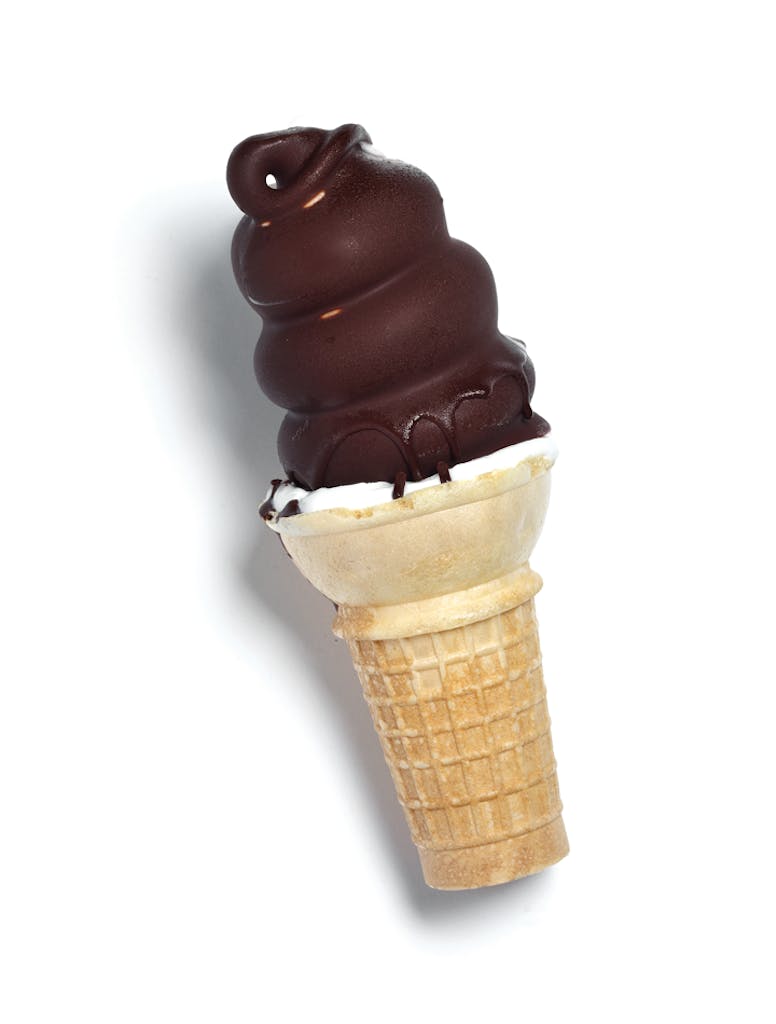 When too many hours of hot pavement have frazzled both his brainpan and his oil pan, the Texanist begins to have visions of the DQ drive-through. It’s best to eschew those newfangled and gaudy Blizzards and go for a classic dip cone, specifically a large Brown Derby with legs and loafers. The “legs” imply locomotion, and the “loafers” refer to the dollop of cordovan-colored chocolate syrup you’ll find in the bottom of your cone at its completion. 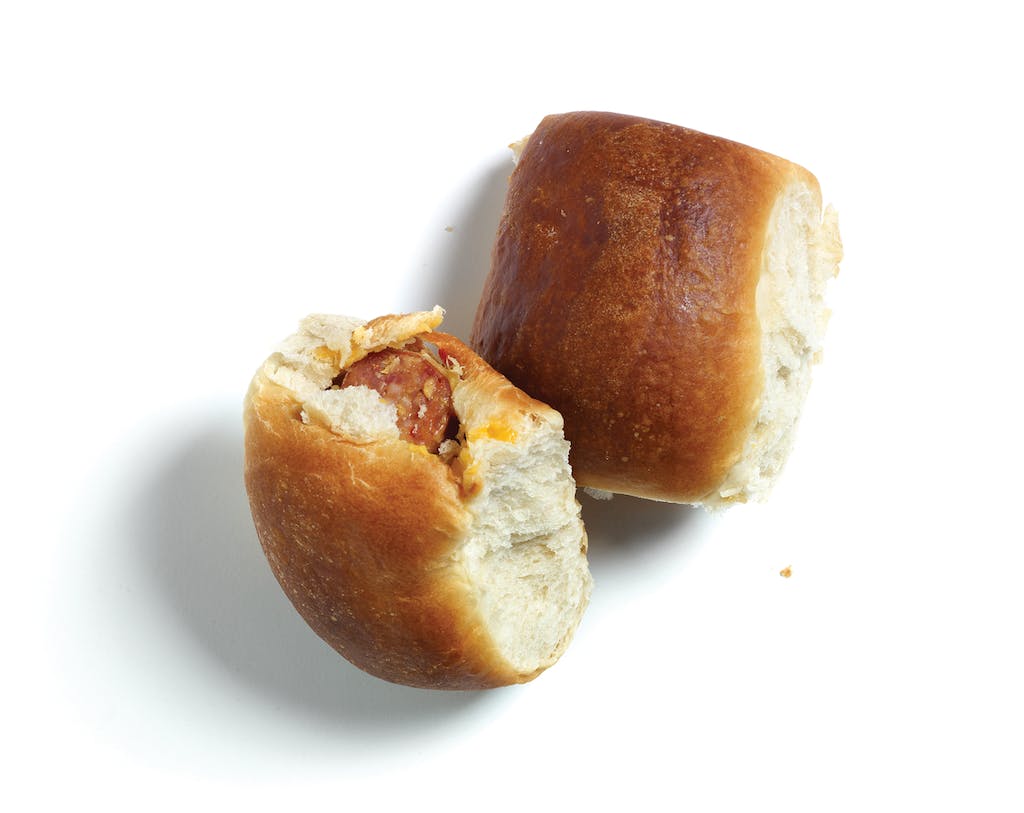 The Texanist has never been to the Czech Republic, but he imagines the highways there to be full of cheerful, greasy-fingered drivers. And why not? The delicious Czech pastry known as the kolache is about as perfect a road food as has ever been invented. Wherever you’re going, find a way to get within striking distance of the ever-popular Czech Stop, on I-35 north of Waco in West, where an oven-fresh sausage-involving item known as the Hot Chubbie will do the trick just fine. 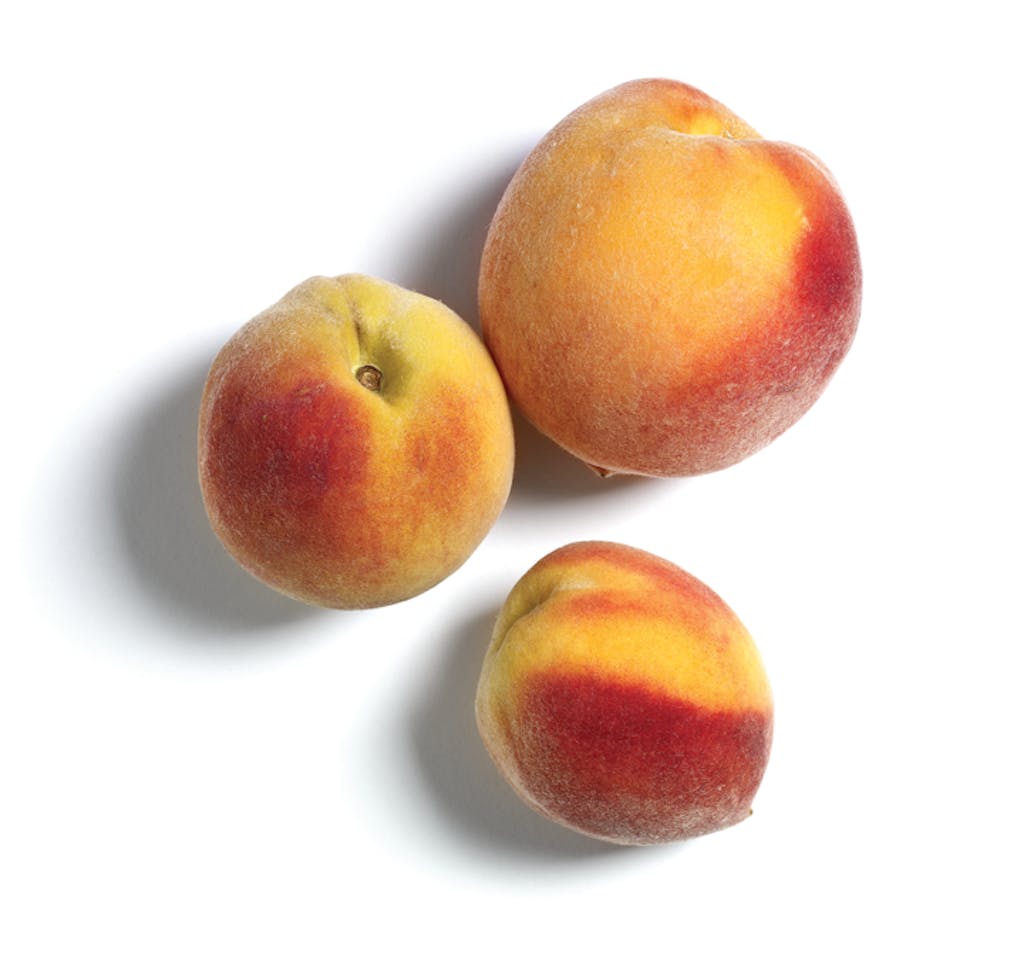 It has been said (by the Texanist’s doctor) that man cannot live on beef jerky, Brown Derbys, Chick-O-Sticks, Dr Pepper, and Hot Chubbies alone. Our state’s roadside fruit stands offer a car-freshening alternative, and if you can find a pick-it-yourself orchard, this is also a good way to stretch the legs. The Texanist favors the sweet meat of a Gillespie County peach, which he devours by the bushel when he finds himself out that way. Sing with him now: “The Hill Country is alive with the stands of peaches.”

A Dr Pepper and Two Chick-O-Sticks 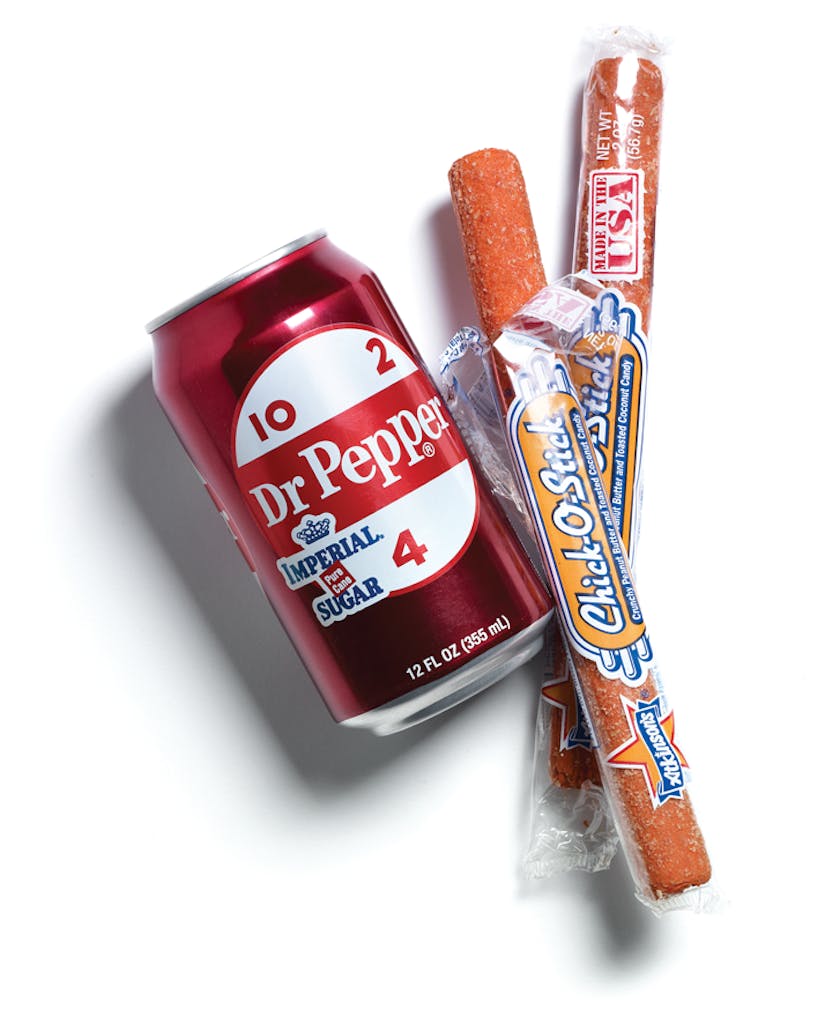 When your eyelids become heavy, stop for a Dr Pepper and two Chick-O-Sticks. This will fix you right up. Although the name conjures up poultry, there is none in a Chick-O-Stick. It’s candy. More precisely, it’s a scrumptious and crunchy peanut-buttery-and-slightly-coconutty (think Butterfinger innards with a hint of the tropics) confection from the Atkinson Candy Company, in Lufkin. Two Chick-O-Sticks, a Dr Pepper, and Judy Garland’s greatest hits will get you four hundred miles in the blink of an eye.