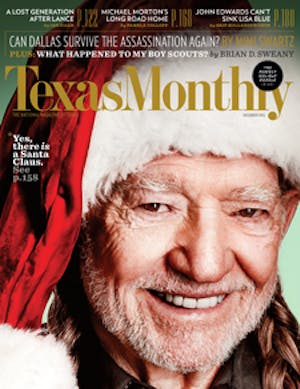 JAKE SILVERSTEIN: You assumed your current post in 2008. What were your primary goals for the University of Houston System?

RENU KHATOR: When I came here to interview for the job, my assessment was that the university had more substance than what was showing up in rankings. I told the board that it was totally possible to be ranked nationally. I said it would probably take five to seven years.

JS: And it took four. This has been a big year. U of H was ranked for the first time by U.S. News and World Report, and it joined UT and A&M as the only public universities in Texas to be nationally recognized by the Carnegie Foundation with Tier One status. What has that meant for the community?

RK: Houston is a very entrepreneurial, very innovative, very successful city. And it has to have a university that competes nationally in terms of both talent and the quality of its product.

It’s a competition for students, faculty, and research dollars. So one thing Tier One has meant is that we are able to keep young talent in Texas now. Our number of students who come from the top 10 percent [of Texas high schools] has increased tremendously.

JS: So what is Tier One status? Is it like the difference between the major and the minor leagues?

RK: It gives you a certain level of recognition. For example, when our faculty apply for research, let’s say at the National Science Foundation, now they simply put down their Carnegie Tier One designation. It helps explain that we have the kind of infrastructure, core facilities, research talent, and tools that meet their threshold. That means our faculty have a better chance of competing and succeeding.

JS: There are a number of university systems in Texas that are on the hunt for Tier One status.

RK: To me, it’s really not about competition. Texas has 39 public institutions, but you have only 2 that show up on the national list. That’s just not something that we as Texans should feel comfortable about. We should have more institutions rise to the level of national excellence, because I don’t think Texas wants to be second in anything.

JS: It’s interesting to note the differences between the communities served by U of H and UT and A&M. Describe for me who the typical student is here at the flagship campus.

RK: We are a very urban university. We were not built as a residential institution. Texas A&M is a residential institution, because it’s not in a city. I’m very proud of the fact that we can be a Tier One institution in the heart of a major city. We are the second-most-diverse research university in the nation. We are probably the most ethnically balanced university in the country. We are a Hispanic-serving institution, and there are only two other universities in the country that are Tier One institutions and also Hispanic-serving [a federal designation]. That tells me—and it makes me very proud—that we’re proving that serving an underserved population and being nationally competitive are not mutually exclusive goals.

JS: Recently we’ve seen efforts to implement some higher ed reforms at UT and A&M. One of the things the reformers often target is research, which they say is glamorous and exciting but doesn’t have enough direct benefit to students to justify its cost. What’s your response?

RK: Universities have three predominant functions. We create knowledge, we store it, and we disseminate it—and we also apply it, working directly with the community. All universities are in the dissemination business. But the research universities have that extra obligation to create knowledge. Think about it: the textbooks being used in all these institutions are mostly written by people who are concentrated in research universities. If you do not have that knowledge production, ten years down the road, our knowledge base can become stale.

JS: You are president of your flagship campus and chancellor of the system, which is unique in Texas. You’re not just the only female chancellor in Texas but also the only one to wear two hats. So what’s wrong with all these slacker male chancellors?

RK: [laughing] I wouldn’t say that, not the last part anyway. And nationally, my situation is not a unique one. Just last week the Louisiana State system decided to follow our model. There have been several people who have called me because, in these times of real budgetary limitations, people are asking if we need the whole layer of system offices.

JS: There are no separate system offices for U of H?

RK: No, there is nothing. We just run without any of that. But I always tell my other campuses that just because I live with one doesn’t mean I love my other children any less.

JS: I just read about a study in Time magazine that found that 80 percent of U.S. adults say that a college education is not worth the cost. Does that worry you?

RK: What worries me is that rhetoric. Eighty percent of people in that survey may have said that a college degree isn’t worth it, but tell me if you can find even 10 percent of parents telling their children that college is not for them. For people to think they can somehow succeed and do well without a certain amount of competency, whether it comes from a college degree or from some certification—I think we are misleading a whole generation.

JS: Is part of it maybe that the student debt problem has gotten out of control and clouds the way people see this? Americans now owe more than a trillion dollars in student loans.

RK: There are lots of things about debts and loans that are easily fixable. We just have to start focusing on the right benchmarks, the right funding, the right incentives, and the right accountability, and I think it can be done. I come from the Indian system, where I did my bachelor’s degree. In India you start at your college immediately from high school, and you graduate in four years because there’s no other option. If you leave after two years, you have no way to come back ever.

RK: No, you’re done. So that’s one extreme, where they graduate everybody they take, and then there’s another extreme where we are more focused on getting students to come in than on making sure they graduate quickly and efficiently. We need to find the right balance to keep Texas at the front edge. How do we remain competitive nationally? I’ll draw it for you. This is the way I understand the whole higher ed system . . .

RK: This is a pyramid. In every society, you need to have a threshold of people who are educated, so having enough college graduates here [at the bottom of the pyramid] is very important. But the pinnacle, that level of research excellence, is what has made higher education in America the most marketable, the most recognized, the least debated degree or product that we have in the world. It is the most sought-after thing. So what I’m trying to tell you is that there are two goals: college completion and excellence. The two goals are absolutely essential—they are not mutually exclusive. And they are important.