Emilio and Christi Soliz had to close their acclaimed barbecue joint in San Antonio last year, and they couldn’t be happier about it. King’s Hwy Brew & Q had received plenty of praise from food writers, including me, but with each new article or television appearance came frustration. “We couldn’t even enjoy coming out on TV the times that we did,” Emilio said. The historic building that housed the restaurant didn’t allow for expansion, so they couldn’t take advantage of the attention, which added to their stress. “We just outgrew everything,” Emilio said. “We needed more seats. We needed more pit space. We needed a bigger parking lot. We needed more employees, and we couldn’t afford any of that shit.” So he called a friend about a job.

B.R. Anderson started his barbecue business in a food truck in 2012, then added a brick-and-mortar location of B-Daddy’s BBQ in Helotes in 2016. He knew Emilio, whom he calls Emo, and Christi from working together at barbecue events. The call he got late last year surprised him, but he was happy to help find spots for both of them at B-Daddy’s. “They came as a package deal,” Anderson told me with a laugh. He was happy for the help because he was preparing to send his then-pitmaster John “JJ” Campbell to a new location of B-Daddy’s out on Texas Highway 46 north of San Antonio. That short-lived outpost lasted just six months and closed for good in June. The location’s landlord then headed to Greenwich, Connecticut, with JJ and one of the offset smokers (two more are still for sale) to open Back Country Bar & Grill at a golf club.

Emilio and Christi started at B-Daddy’s a year ago. She works the front of house, and he runs the pit room. “This is Emo’s show,” said Anderson, who has given up almost all of the cooking duties. “I miss being able to say, ‘That’s my barbecue,’ but I don’t miss the early mornings and the long hours.” Meanwhile, Emilio doesn’t miss having to manage a restaurant. He still works sixty hours a week, but that’s half of what he was putting in at his own joint.

In case you think Emilio is exaggerating about his usual workweek while running his own business, he described it in more detailed terms. “We would close on Sunday at 3 p.m. and get home at 4 p.m. I’d see my kids from four until Monday at 2 p.m., when I had to go back to the restaurant and start cooking again,” he said. The rest of the week, “I’d leave before they woke up and get home when they’re asleep.” Christi spent all of her free time at their old restaurant as well. Since they’ve started working for B-Daddy’s, both Emilio and Christi have joined their kids on several school field trips. That would have been impossible last year.

The collaboration at B-Daddy’s seems to be working out well so far. The situation is rife with possibilities of ego-clashing disagreements, but there’s been give-and-take from both Soliz and Anderson. “I don’t care who gets the credit. It’s a team effort,” Anderson stressed. He admits that their potato salad was better than his, so that’s what B-Daddy’s now serves. “Besides,” he said, “it was my ex-wife’s recipe.” The pork ribs are also straight from King’s Hwy. Soliz’s signature is a sweet tea glaze, which is Luzianne sweet tea concentrate, straight from the bottle. I love the added sweetness to the peppery ribs, but Anderson disagrees. “I’m not a fan of Emo’s ribs, honestly,” he said. “They’re too sweet for me,” but in the end, Anderson said, “The customers like them. That’s who votes.”

There’s no disagreement when it comes to brisket. They’ve joined forces to improve it. The sliced brisket I ate there last week was better than any trip I’d taken to King’s Hwy or B-Daddy’s before. They start with Braveheart brand Angus beef. It’s incredibly juicy and perfectly tender with a good dose of oak smoke. A monster beef short rib, smoked using the same method and the same rub, was one of the best beef ribs I’ve eaten recently. It pulled from the bone in fatty shreds that needed no adornment.

Not much has changed about the smoked turkey and sausage. The former was a favorite of our barbecue tasting crew in 2017 and made our list of barbecue honorable mentions. I love the spicy rub and the tender slices of poultry. The sausage isn’t house-made, but it doesn’t travel far. Anderson developed a recipe with Schott’s Meat Market a mile down the road in Helotes. It’s got good spice, plenty of fat, and a nice snap to the casing.

The simple comfort of the King’s Hwy borracho beans, which have made their way onto the menu, pairs well with the bold spice of the jalapeño cream corn. Soliz and Anderson couldn’t settle on either slaw recipe, so they have both. Soliz’s is a standard creamy slaw. Anderson’s is kicked up with chipotle and available as a topping for their tacos, but I preferred the cilantro, onion, and tomatillo salsa, especially on the smoked pork belly tacos.

I really enjoyed past meals at B-Daddy’s and King’s Hwy, but it’s hard to deny that this new version of B-Daddy’s has improved beyond what either pitmaster was doing on his own. It’s great to see two partners from different barbecue backgrounds teaming up to ease each other’s burdens and push each other to make even better barbecue. It doesn’t hurt that they both know what it’s like to struggle in the business. Anderson sold just one brisket and made $150 on his first day at the B-Daddy’s food truck in 2012. The Solizes had just $400 in their bank account after opening King’s Hwy. They don’t see their three years in business as a failure even though it closed, and working for a boss again doesn’t seem like a demotion. The Solizes are still putting in the hours, but as Emilio puts it, after those long shifts are over, “We can go home, and let it go.” 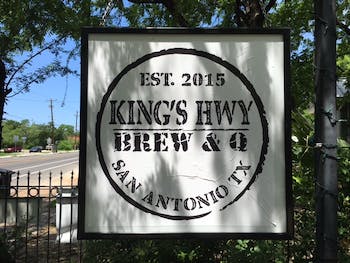 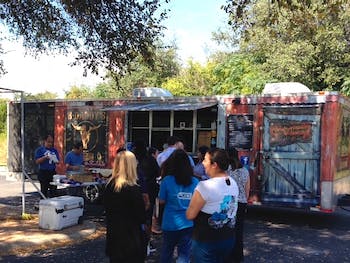 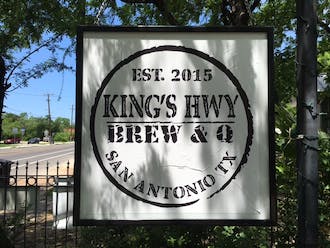 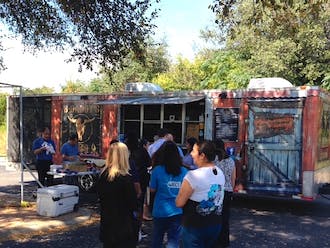