“What are butter fries?” I asked the server. There was a big table waiting to order behind me, and she responded succinctly: “They’re fries with melted butter poured on top.” Thus began my more-decadent-than-usual meal at Big O’s BBQ in Valera.

Big O’s is the only establishment in tiny Valera, a town with a population too small to print on the city limit sign. The place isn’t too big, either. The single restroom is labeled as “transgender” with Sharpie on a taped up sheet of paper. Catty-corner to Big O’s across the intersection of Highway 67 and F.M. 503 is the post office, and three miles south is one of the fanciest restaurants in West Texas, Rancho Loma. It’s decidedly less pretentious here in “downtown” with family-style seating at the long tables with red-checked tablecloths in the dining room. I pitied those with reservations for the tasting menu at Rancho Loma. I bet the chef hasn’t even thought of butter fries. 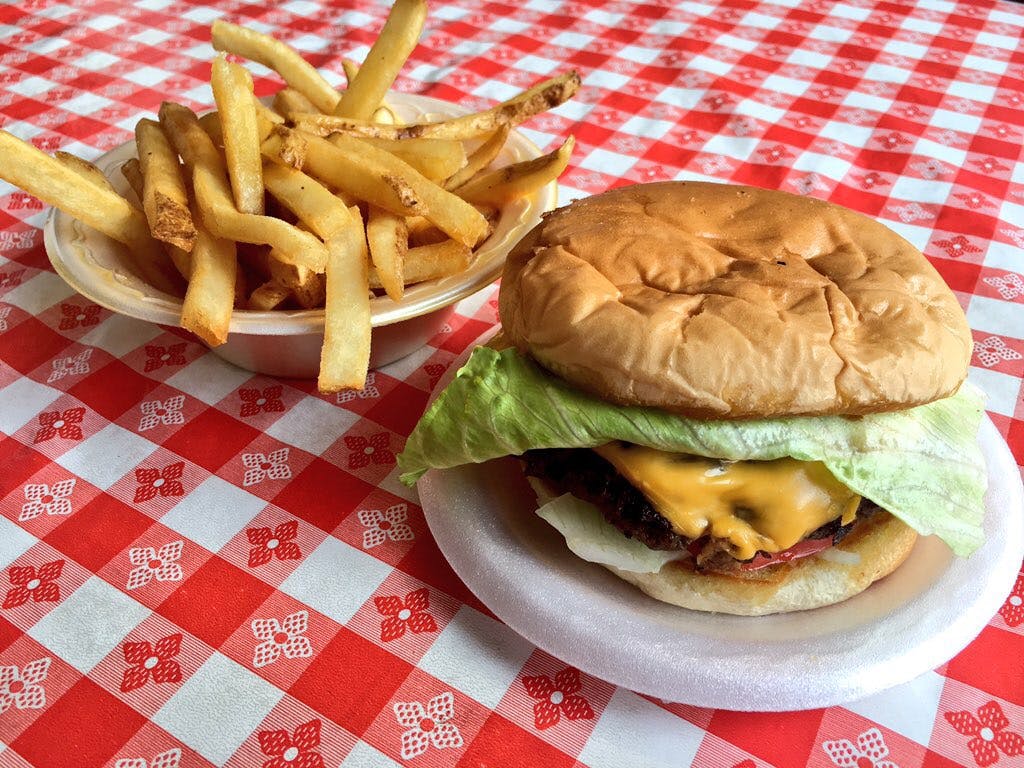 The fries came as advertised. Served in a bowl to capture any collected butter, they were like the potato version of movie theater popcorn. They stayed crisp for longer than I expected. The burger that came alongside was a thing of beautiful simplicity. A third-pound patty was browned on a flat top and covered in American cheese and iceberg lettuce. Thick cut tomatoes captured the juices beneath, which mixed gloriously with mayo and mustard. The squishy, buttered bun made it a masterpiece that, in my mind, was worthy of Texas Monthly’s recently released burger list. If only I had made it to Valera sooner.

But the burger isn’t even the most famous sandwich at Big O’s. Signs touting the Valera Style Sandwich (VSS, for short) call it “Most likely the best sandwich you’ll ever eat.” It is a great sandwich, and owner Lynn Owens told me he “stole that idea from Arby’s.” Presumably, he’s referring to their version of the Philly cheesesteak. In the VSS, they replace the bell peppers with jalapeños, the Swiss with American, the mayo with barbecue sauce (mild or spicy), and the roast beef with brisket or smoked turkey. Really, the only thing that’s the same is the grilled onions and the hoagie roll. 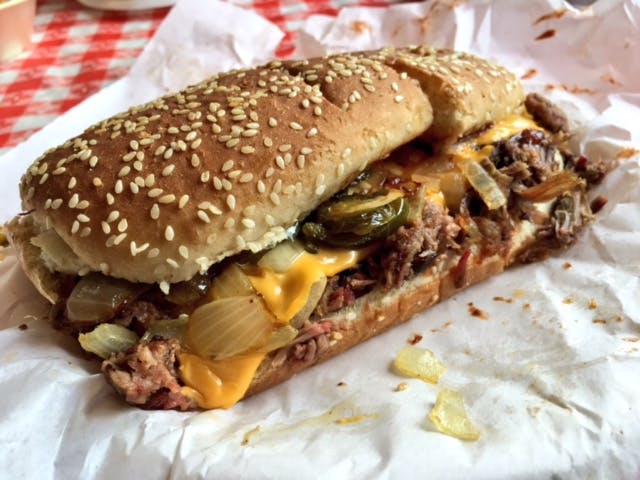 Ample melted cheese acted as the spackle that held the overstuffed sandwich together. I opted for chopped brisket with spicy sauce, which brought adequate heat. It was salty, gooey, beefy, and spicy, but not as messy as the description indicated. This was a sandwich you could theoretically enjoy in your car, and also one big enough to share. 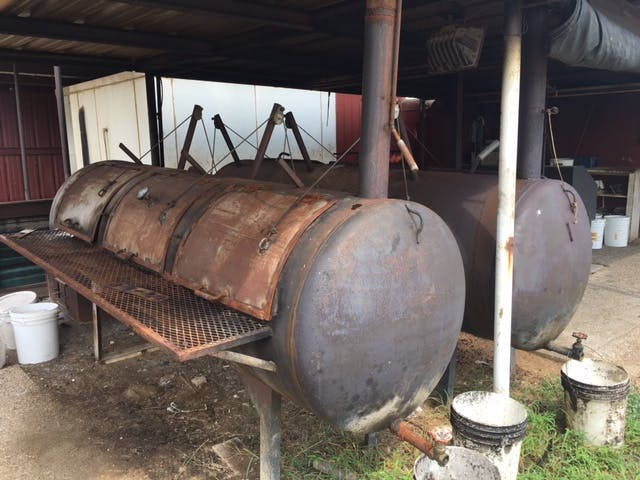 After plowing through two sandwiches and some butter fries with my buddy David, the server seemed confused when I asked for more. But it was rib Friday, after all. Owens overheard the exchange and chimed in with a smile, “Big O’s isn’t all you can eat, it’s all you can afford.” As I waited for the combo plate, I didn’t realize that though the barbecue is sliced and plated, it’s left up by the cash register for customers to complete the plate with their choice of self-serve sides. So the plate lingered a bit. 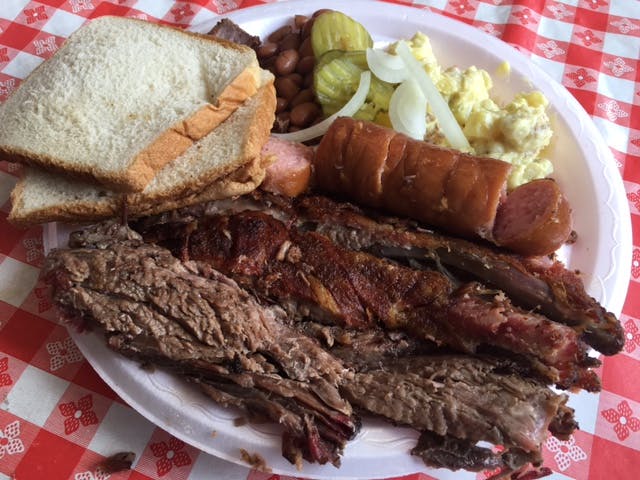 The ribs weren’t as special as their once-a-week billing would suggest. They’re plenty tender, completely separated from the bone, really. Salt dominates the seasoning, and there wasn’t much smoke. Mushy slices of brisket were about the same. It’s better served as the base for the VSS. The sausage was nearly warmed through, but a cold center remained in the greasy links. The homemade potato salad and pinto beans were the best items on the plate. The slaw might have been even better, but it was gone by the time I got to the sides table.

Chocolate, lemon, and coconut meringue pies were sliced and plated in the cooler cabinet. We got a slice of coconut, the most popular, and enjoyed the dense filling and crisp crust. It was a sweet ending to an up-and-down meal, but there’s plenty worth returning for at Big O’s. There’s no need to hold out for rib Friday, and maybe focus on items that come on a bun. And if only for the adventure, always order the butter fries.