In June, Michael and Hali Wyont celebrated the grand opening of Flores Barbecue. They were in San Marcos, Michael’s hometown, with a new business and a baby on the way. “We weren’t in a prime location,” Michael told me as he sliced brisket inside their barbecue trailer. They also faced stiff competition in town from established names like Hays Co. Bar-B-Que and Kent Black’s BBQ. So, after the baby was born, Michael and Hali decided to try out opening up in Hali’s hometown instead.

The trailer now sits on a grassy sliver of land in Whitney, a small town about fifteen minutes west of Hillsboro. Flores Barbecue shares a parking lot with Carla’s Whacky Shack Salon, and a long extension cord connects the trailer’s generator to a nearby building. The Wyonts plugged in on October 28, and they’re only open on Thursday and Friday (for now). If they sell out of barbecue, it’s around 5:30 when they close up. With a new smoker in fabrication, Flores plans to expand its hours. In the meantime, the barbecue they’re putting out is worth the special trip, so plan accordingly. 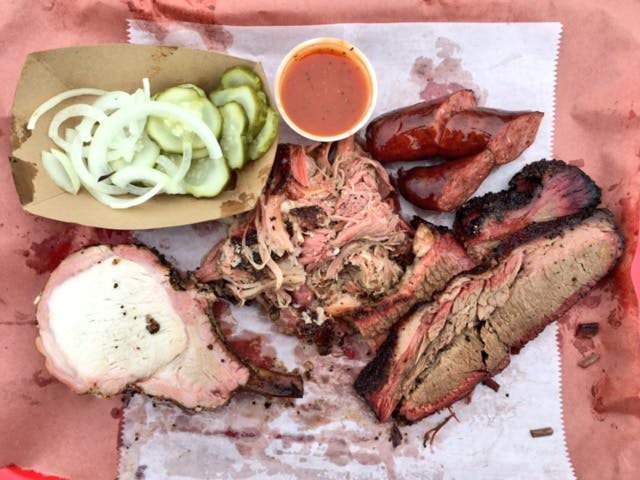 Michael, who has been cooking barbecue since he was 11, said one of his major barbecue influences has been Roy Perez at Kreuz Market. His dad and uncle would mess around with a smoker on the weekends, but, Michael said, “I knew there was more to it than what they were doing.” A stint at the Texas Culinary Academy put him on track toward opening his own place where he smokes with the same wood Perez uses: post oak.

It provides a sweet kiss of smoke on the prime-grade briskets. The tender slices were peppery with just enough salt. And, despite the forty-degree temperatures and a slight breeze when I visited recently, the meat stayed juicy. The same can be said for the mound of pulled pork I ordered. Moist and pleasantly fatty, each strand had some smoky bark clinging to it. A dip in the sauce, a dead-ringer for the orange nectar from City Market in Luling, was unnecessary, but I couldn’t stop. Nor could I with the excellent housemade dill pickles. 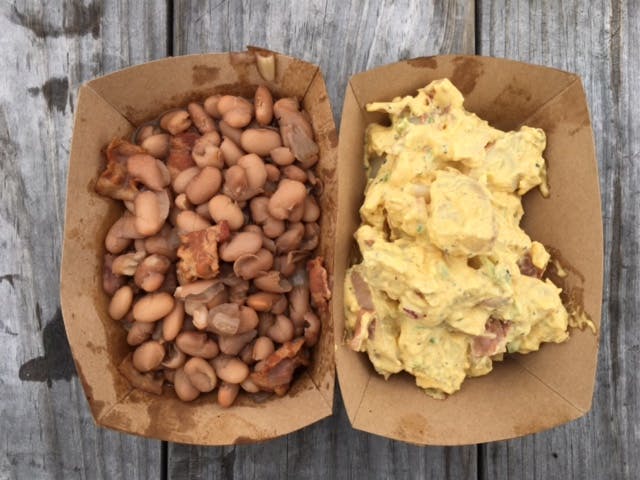 Bone-in pork loin was the special of the day. At just $10 with two sides, it was a heck of a deal, and had a flavor reminiscent of my favorite at Kreuz. It just needed to be pulled a bit earlier to keep it juicier. The sausage is from Opa’s in Fredericksburg. They put a nice snap on it here, and the beefy links have a good smokiness. Michael said he’s working with a local butcher shop to get his own version made very soon. 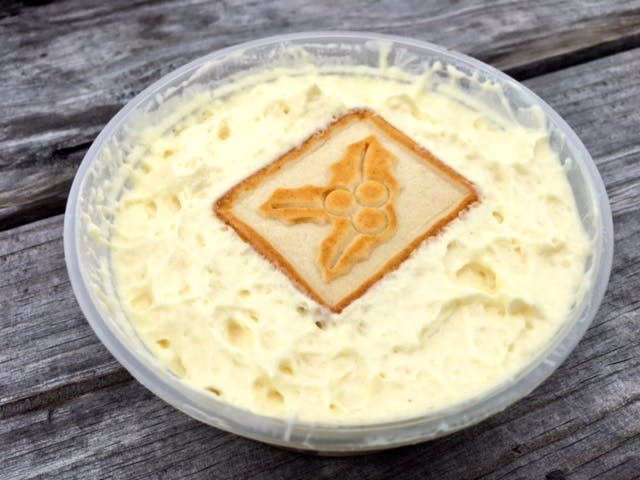 When she’s not working her day job as a nurse, Hali makes the banana pudding, which was the only dessert. The chessmen on top give it away as the recipe of a former Food Network star. It’s basically doctored up vanilla pudding mix, but it sure is good. So is the from-scratch mustard potato salad, while the pinto beans were watery and bland.

Flores Barbecue is off to an excellent start, but business was very light while I dined there. Maybe the weather was to blame, which is a poor excuse for barbecue that’s this good–and this cheap. A two-meat plate with two sides was $9. They better raise the prices to pay for that new smoker, because I hope to see the Wyonts serving barbecue for a good long while.