The Gut Pak is to Waco what rings of smoked sausage are to Lockhart. It’s part of the city’s barbecue identity. A Gut Pak is smoked sausage, barbecue, beans, and cheese, and a few other items piled high atop a mess of Fritos, making this the huskier cousin of a Frito pie.

Sometime in the eighties, third-generation owner Bill Vitek (his daughter, Julie, is the current owner) added the iconic item to the menu. Construction workers from a project on nearby I-35 were looking for a cheap, hearty, and portable meal. Now, it’s the restaurant’s number-one seller, according to general manager Ryan Summers. A Gut Pak comes in a full ($12.50) or half order ($7.50), or you can add a scoop of mac-and-cheese on top to make it a Mac Pak.

On a recent visit, Summers guided me through the building process of a full size Gut Pak. You can choose from four types of sausage. I suggest the pork sausage or the jalapeño sausage, both of which are stuffed and smoked in-house. (The sausages are made using a family recipe dating back to 1915, when Vitek’s was a butcher shop in Granger, Texas. They moved to their current location in Waco in 1958, and have since added a large dining room in a major renovation project seven years ago.)

After you choose your sausage, they build the Gut Pak: 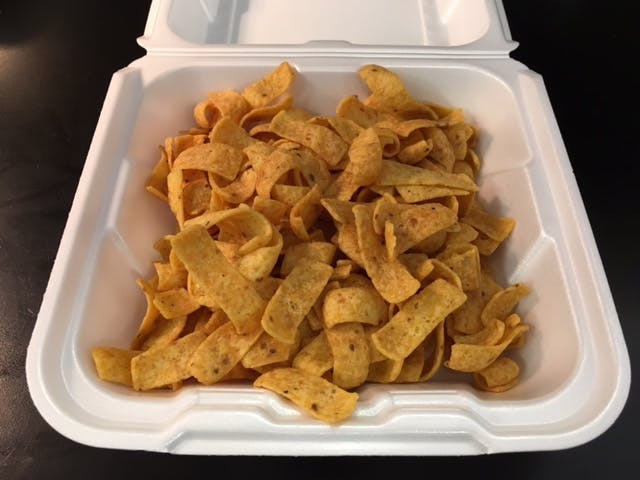 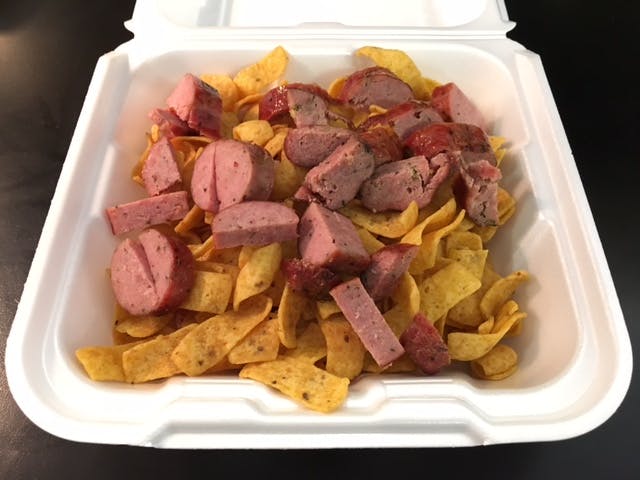 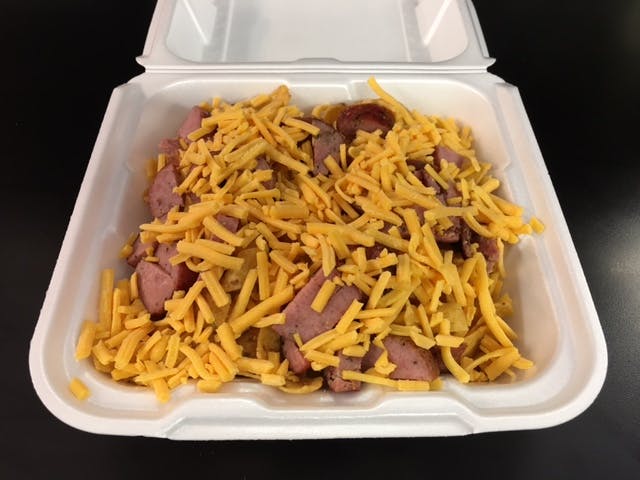 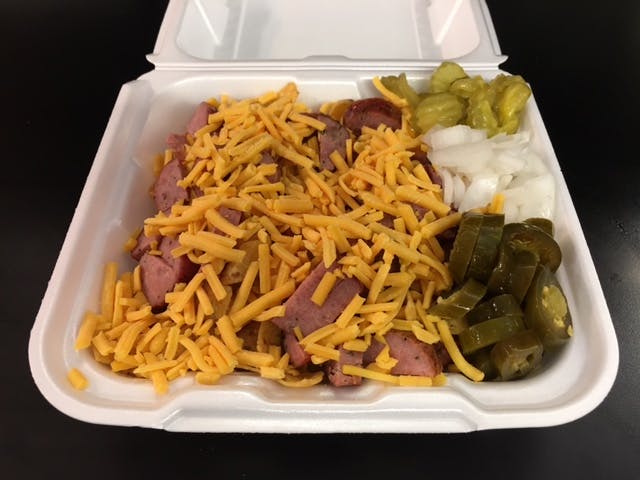 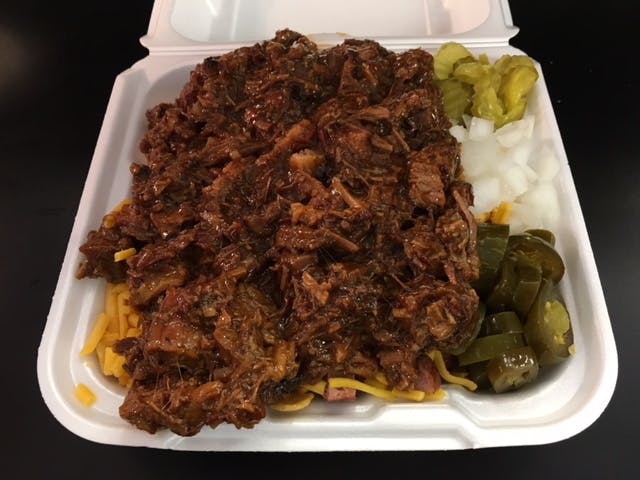 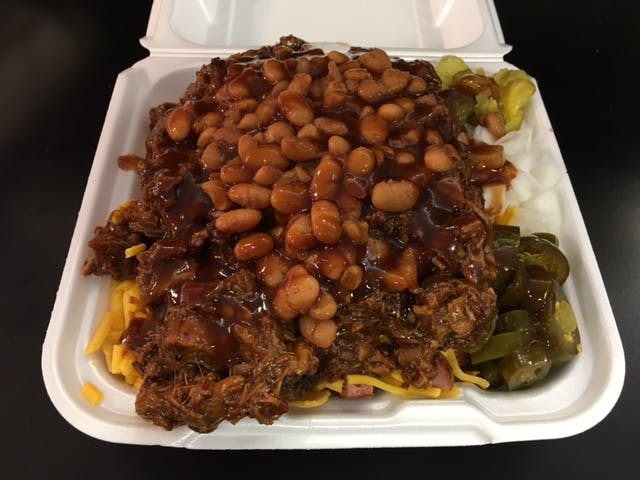 The final product weighed in at 2.4 lbs. I dug in with the plastic fork, which seemed overwhelmed by the heft of the meal. One Twitter commenter pointed out that I was supposed to hold the lid tightly and a shake the box vigorously before eating. I wouldn’t suggest such a dangerous maneuver in your car. I would, however, suggest a can of cane sugar Dr Pepper as a pairing. It’s also not a bad idea to start with a half version on your first visit. Chances are, you’ll never need a full one on your own.