“We view 2018 as a real opportunity to win more seats here in Texas,” House Minority Leader Nancy Pelosi said recently on Overheard with Evan Smith on KLRU-TV in Austin. “We don’t just raise money in Texas. We spend money in Texas. What we raise here stays here, and we bring in more. What we saw in the last election, with at least three members being re-elected in districts where Hillary Clinton won, some of the investments over time and registrations are paying off.”

On the top line, the three districts look like a surge of Democratic voters: 81,000 more than President Obama received in his 2012 election and almost 38,000 fewer votes for Trump than 2012 GOP nominee Mitt Romney. But the anomalous Clinton/Trump isn’t a good measuring stick—partisans of both sides deeply disliked the opposition’s candidate. Also some Republicans were not going to vote for Trump for many of the same reasons that the party turned against uncouth Republican gubernatorial candidate Clayton Williams in his 1990 contest with Democrat Ann Richards. Rabble-rousing Trump with his “grab them by the pussy” remarks were not terribly unlike Williams joking that bad weather is like rape—“relax and enjoy it”—and his promise to “head and hoof” Richards and “drag her through the mud.” Richards won that election, but so did Republicans Rick Perry for agriculture commissioner and Kay Bailey Hutchison for state treasurer.

But winning the districts will be far more difficult than Democrats believe. Although Clinton carried his district, Hurd won reelection despite the DCCC spending $1.1 million on behalf of Democrat Pete Gallego and $1.9 million against Hurd, according to statistics compiled by the Center for Responsive Politics. Neither Clinton’s victory nor the DCCC’s spending carried the day for Gallego.

After last year’s election, Democrats lamented the absence of a challenger to Sessions. He routinely is ranked as one of the most conservative members of Congress and is an outspoken opponent of the Affordable Care Act. In 2010, as chairman of the National Republican Congressional Committee, he oversaw a net gain of 63 Republican seats in the U.S. House. Clinton surpassed Trump in Sessions’s district by gaining a plurality of 48 percent of the vote. What followed was an angry town hall meeting with 2,000 people, many of whom drowned Sessions out with chants of “Vote him out!” Sessions himself was prickly with the crowd. “I understand why you’re so frustrated,” Sessions said as the crowd jeered and booed his opening remarks on health care. “You don’t know how to listen.” Now, a field of three Democrats, including former NFL player Colin Allred, are vying for the a chance to take up the mantle of that missed opportunity.

About 225 miles miles south of Dallas on Interstate 45, Clinton also carried Culberson’s Houston congressional district. His own town hall meeting was less raucous than Sessions’s, but Culberson often could not be heard over boos from his constituents. Clinton’s plurality over Trump in Congressional District Seven is viewed as showing institutional weakness and a changing demographic in the once reliably Republican district once held by former President George H.W. Bush. However, her victory there may be no more telling than the one in Sessions’s district.

Clinton may have carried Session’s district, but Sessions received almost 28,000 more raw votes than the Democratic presidential nominee. Also, the Libertarian and Green party nominees took more than three times the vote they did in the 2012 election, indicating they may have been a safe harbor for Republican voters—and a some Democrats—who disliked Trump but couldn’t bring themselves to vote for Clinton. If there are Democratic regrets in Culberson’s district, it would be that they did not fund his Democratic opponent, James Cargas. Culberson outpaced Clinton by 18,000 ballots, while Cargas could not even keep pace with his party nominee, gathering 12,731 fewer votes than Clinton.

Probably the most telling statistic about the Sessions and Culberson districts was the performance of the next statewide Republican on the ballot, Wayne Christian for Railroad Commission. Christian won his race with 53 percent of the votes statewide. He’s a nice guy, but hardly a household name. He spent less than $75,000 on paid media in last year’s general election. But he received 5,800 more votes than Clinton in Culberson’s district, and 4,100 more than Clinton in Sessions’ district. In short, a candidate who essentially was a generic Republican harvested more votes in those two districts than the Democratic presidential nominee.

No one needs Clinton’s results to know that Hurd’s Twenty-third District is a swing territory. Whoever holds it will be a target for the opposition party in each election for the foreseeable future. Gallego won the seat in 2012 by defeating freshman Republican Quico Canseco, and then Gallego lost to Hurd in 2014 and 2016. Arguably, both Gallego and Hurd lost to Clinton in 2016 because she gathered almost 5,000 more raw votes than either of them.

A federal court recently declared that the district violated the Voting Rights Act, arguing that it was drawn in 2011 to diminish minority voting power. Hurd makes a point of noting that he won office using a map drawn by the court and adopted by the Legislature in 2013, not the 2011 map the has been ruled illegal. But Hispanic plaintiffs in the redistricting lawsuit claim the district is, as the very least, the fruit of a poisoned tree and, at worst, represents only a minor tinkering with the 2011 map and therefore still violates voting rights. The federal court plans to hold hearings on whether the current map should be voided and a new one drawn. In a district of 698,000 people, the court would only have to swap about 3,000 Republicans for the same number of activist Hispanic Democrats to change the election outcome.

All of this may be naught if the Democrats fail at the top of the ticket, where every statewide office is held by a Republican incumbent. Facing reelection next year are U.S. Senator Ted Cruz, Governor Greg Abbott, and Lieutenant Governor Dan Patrick, to name a few. Democrat Beto O’Rourke has announced against Cruz, and Mike Collier against Patrick. It’s far too early to predict the statewide races, but when the bottom fell out on the Democratic nominees in 2002, 2010, and 2014, they took the rest of the ticket with them.

Probably the best play for Democrats in 2018 is to follow the Republican playbook of 2010. That election was nationalized against the Obama administration and the Affordable Care Act. The GOP game plan led to a tidal wave of Republican victories both nationally and in Texas. The state and nation are ripe for that kind of political effort against Trump.

The recent Texas Lyceum poll found 54 percent of Texans disapprove of Trump as president, but 85 percent of those who voted for him still support him. That is in keeping with national polling that shows a majority of Americans disapprove of Trump, but only 2 percent of those who voted for him regret their decision. As many political professionals will tell you, in a race against an incumbent you cannot tell voters they made a mistake. You have to convince voters the incumbent either fooled them or misled them. To get Republican voters to abandon incumbents like Sessions or Culberson, the Democrats will have to link them to Trump and then convince voters that they have been the victim of a political swindle. Whether voter anger toward Trump can be sustained until November 2018 is the wild card in next year’s elections.

For a national Democratic Party stunned by its 2016 defeats, every glimmer of hope provides optimism, and the mantra is run everywhere. Special elections in Kansas and Georgia have given heart to Democrats on the idea that they can increase turnout and win elections. A DCCC memo from January bragged that nationally there are 23 seats held by House Republicans in districts carried by Clinton, while another 10 seats are in districts where she lost by four points or less. That’s a total of 33 potential victories, when only 24 seats need to change hands for the Democrats to once again rule the House. “In all midterms over the last 23 years, the sitting president has needed a net-positive job approval in the double-digits in order to stave off losses,” the DCCC January memo stated.

Republicans just want to ride out the storm. 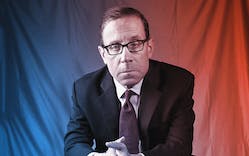 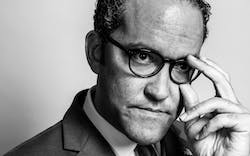 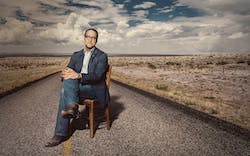 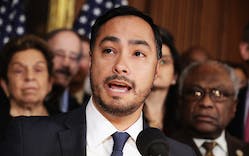