Most of the big cats are out of the bag.

Top Knot, the new Dallas restaurant from the Uchi group, will open on February 3, with dinner only at first, lunch and brunch to be added later. The concept is, of course, Asian, with Mediterranean and Latin American influences. A few days ago we got a first look at the space and some of the featured dishes, which sound delicious.

The second-floor area, located above Uchi, is defined by a long wooden bar on one side. Unlike its downstairs sibling, which offers only beer, wine, and sake, Top Knot will serve booze. “One thing we are very excited to showcase is Japanese whiskey, because the Japanese are very into Scotch,” says beverage director Chris Melton. He adds that Japanese whiskeys have been placing extremely well in worldwide competitions for several years. 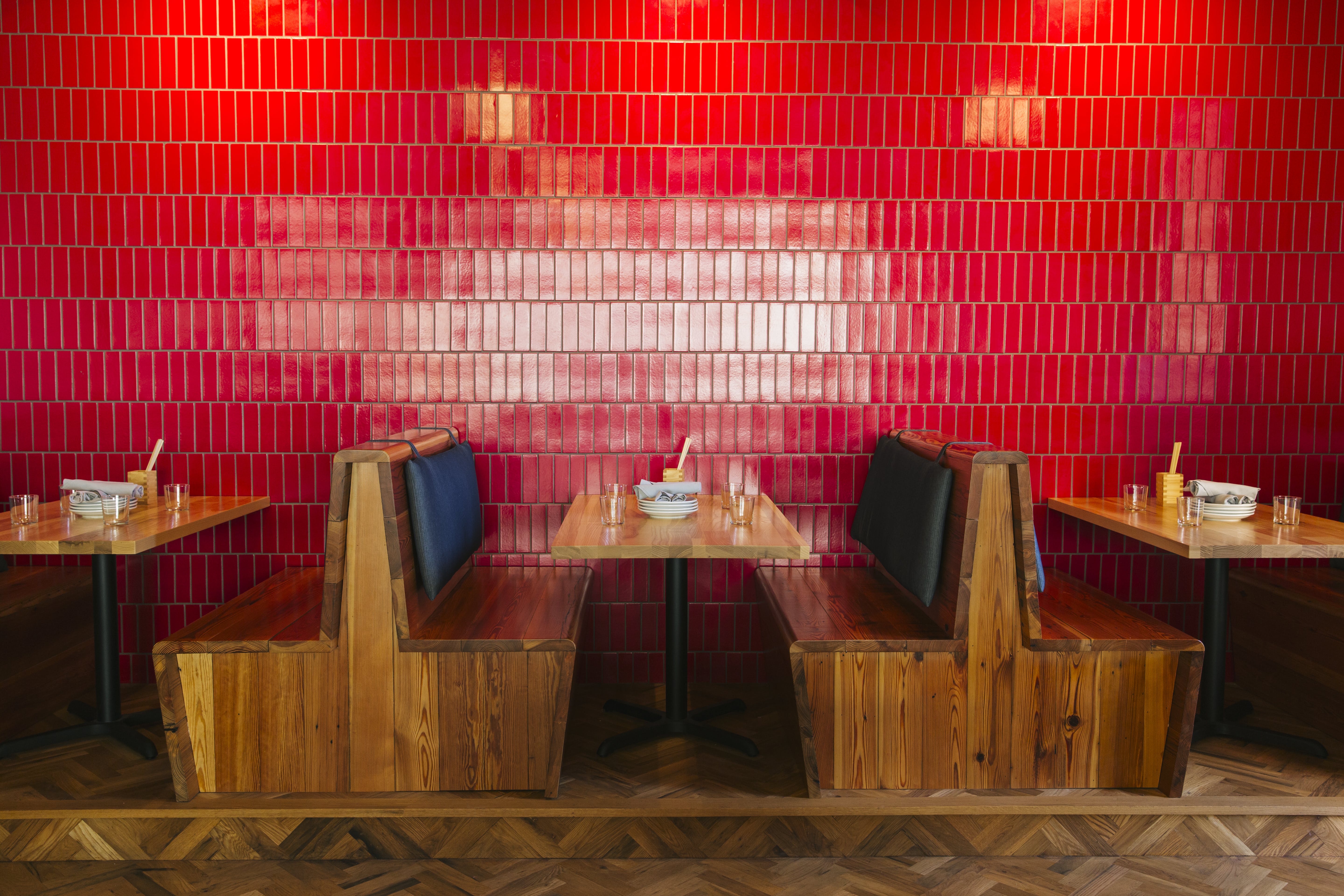 Red glazed tiles were first introduced as a design element at sister restaurant Uchiko in Austin. Since then, they’ve been incorporated as Uchi expanded into Houston and Dallas. Now the restaurant group’s design team, Michael Hsu Office of Architecture in Austin, has added them at Top Knot as a way of visually linking the concepts. 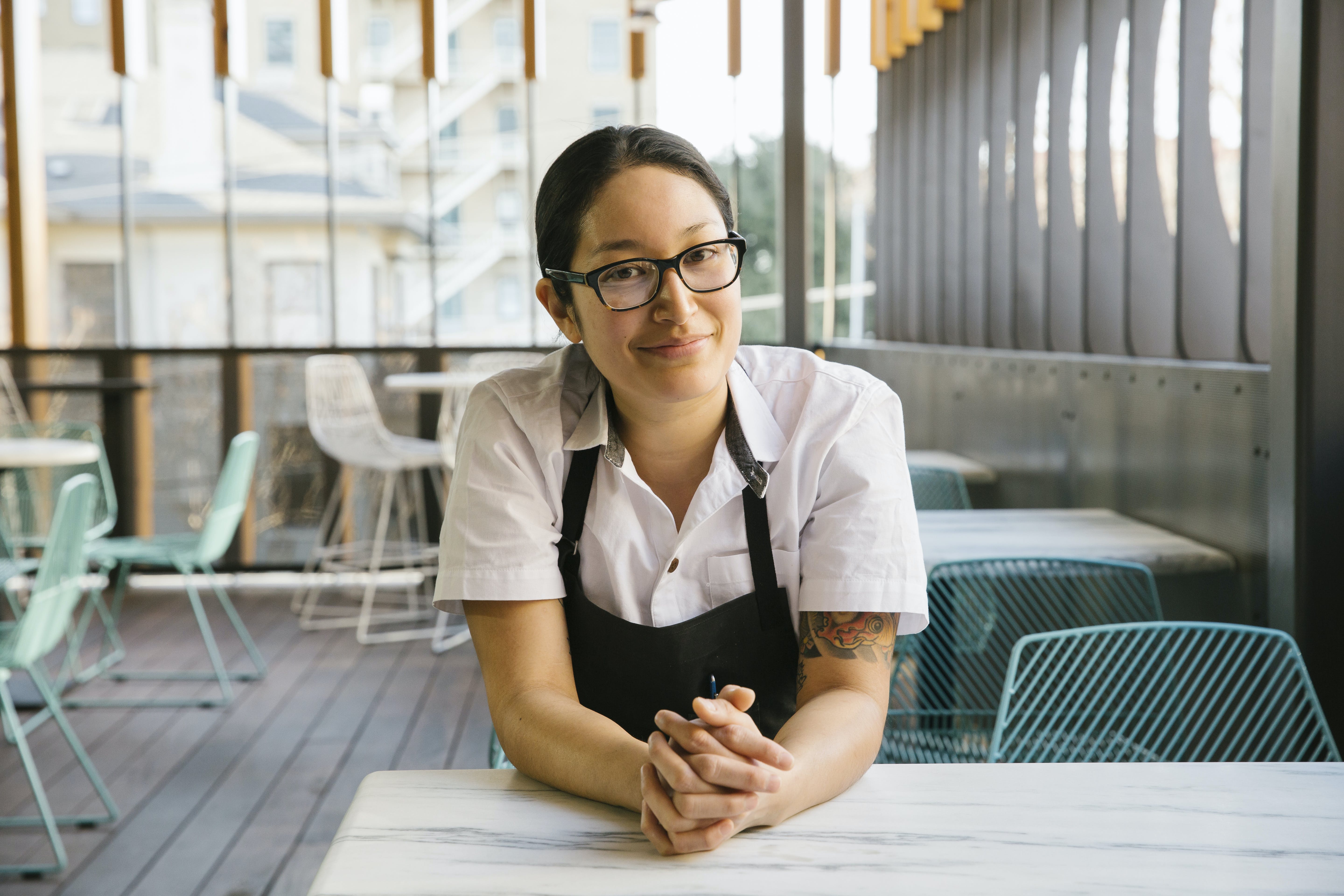 Angela Hernandez is the chef de cuisine for Top Knot. Her roots are Korean on her mother’s side and Mexican on her father’s. Growing up in Austin, she initially wanted to work in the music industry, but she ended up studying at the Texas Culinary Academy, then left Texas to broaden her horizons. In New York City she worked under Gordon Ramsey at the London Hotel, and in Los Angeles at The Bazaar by José Andrés. She joined Uchiko in 2014 when she returned home to Austin. For the last several months, she’s been developing Top Knot’s menu in Dallas. “We have been in a bubble,” she says. “And it’s just about to burst!” 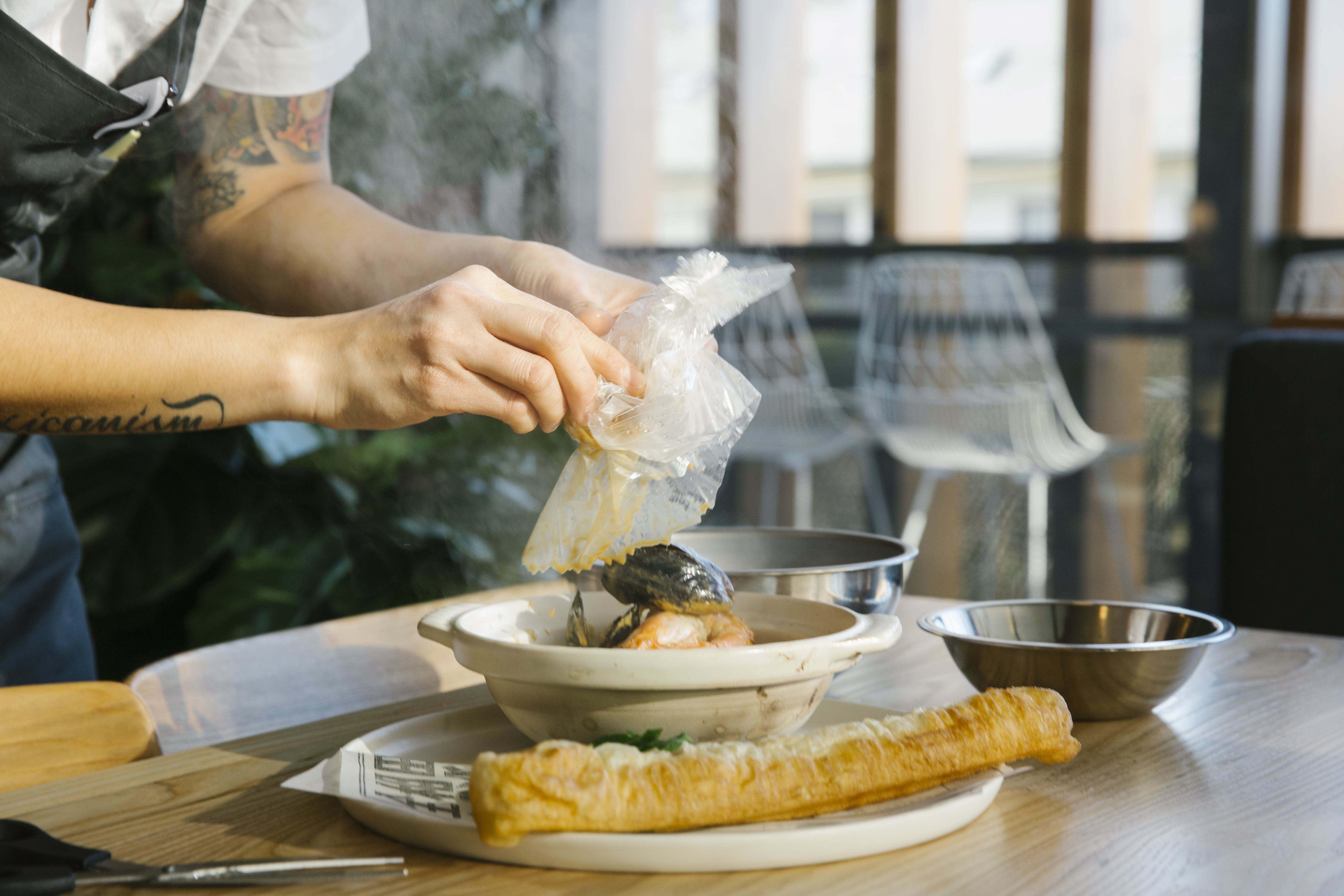 “We wanted to cook food that we—the staff—would like to eat two or three times a week, not just on special occasions,” Hernandez says. One of those dishes is Carta Fata—mussels and prawns that have been steamed using special cooking paper (the carta fata) along with tom-yum coconut curry. Instead of the usual grilled bread, they come with youtiao, fried dough sticks commonly called Chinese crullers. 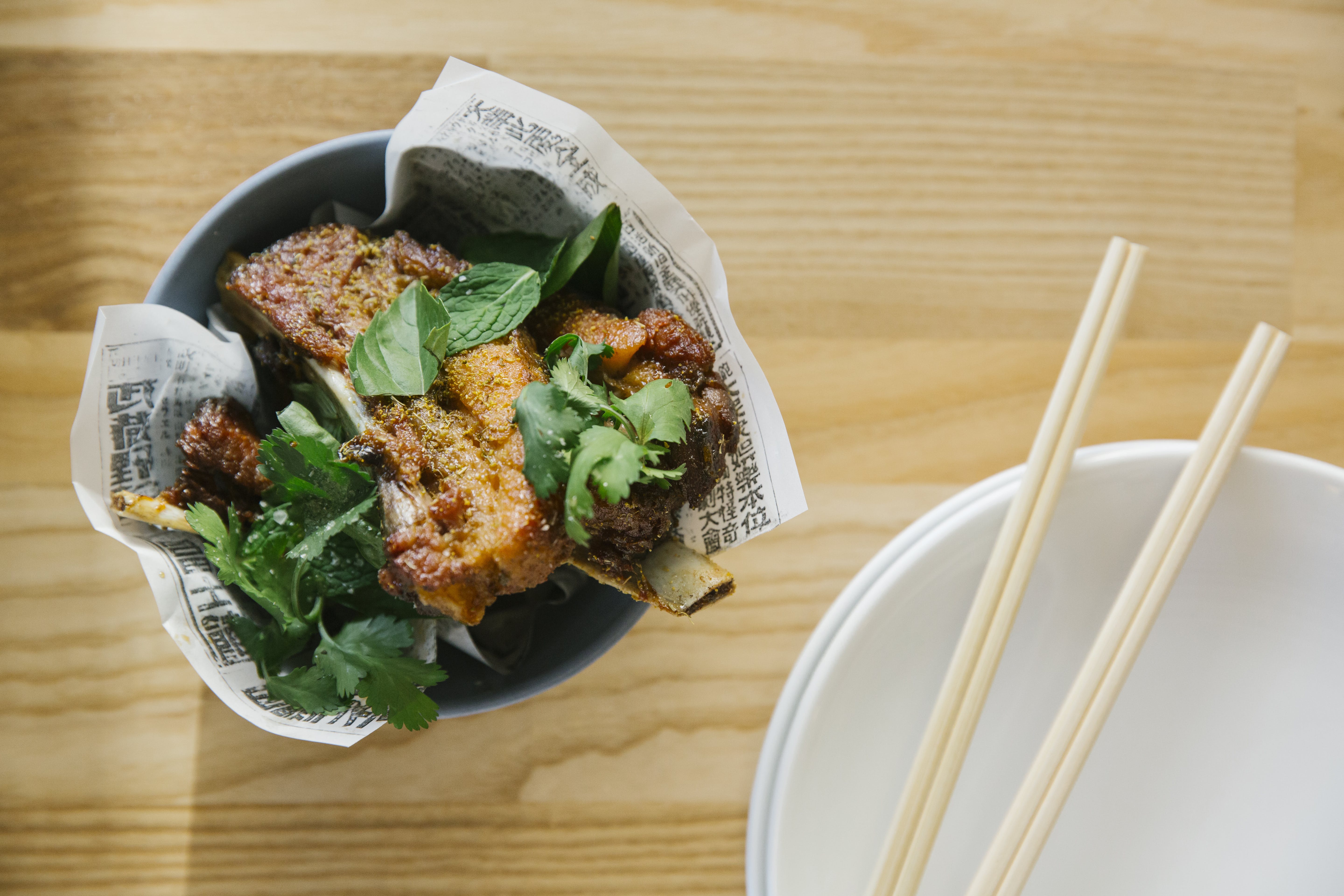 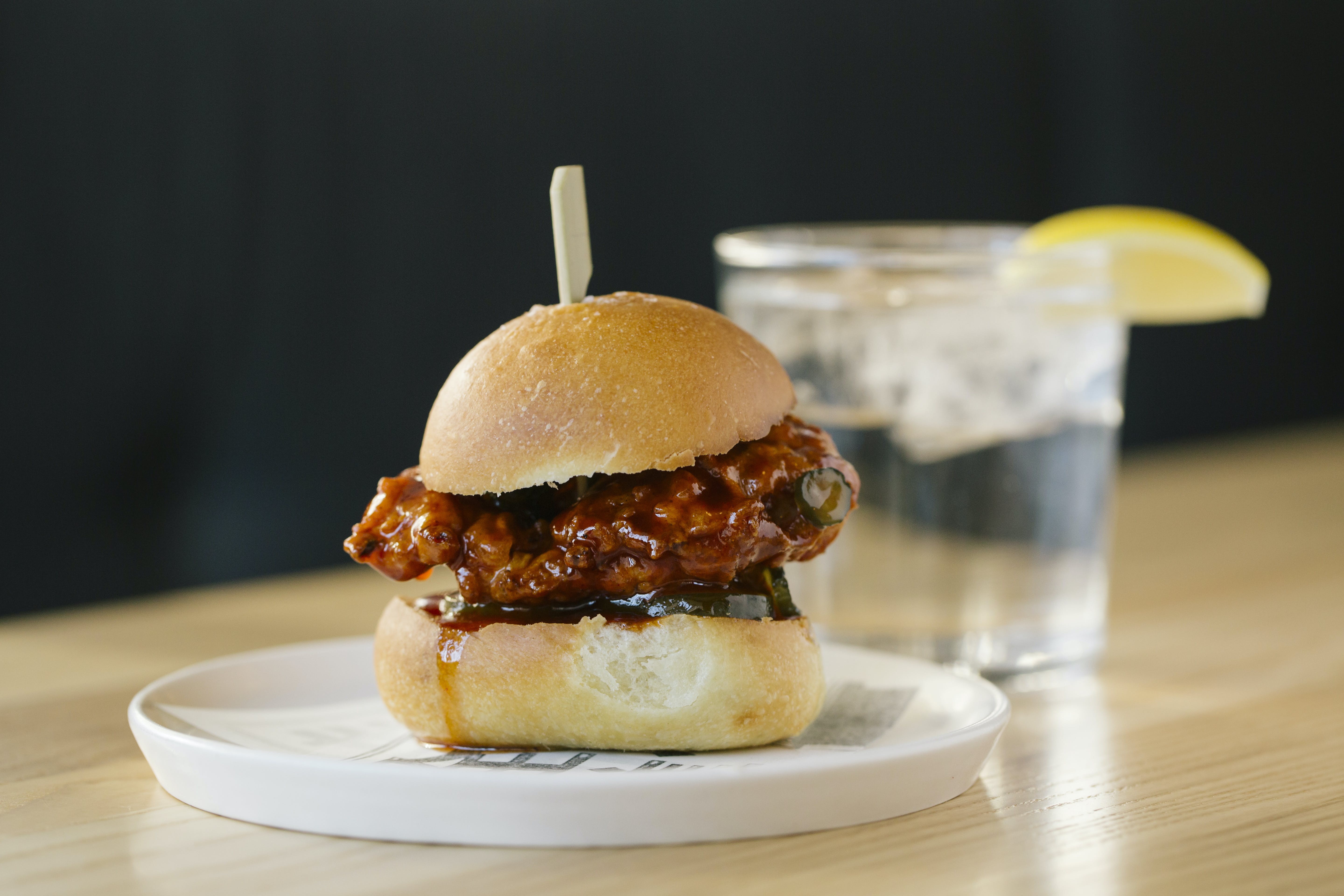 Top Knot’s fried chicken bun starts with a buttermilk-marinated chicken thigh tossed in hot sauce. Tucked into a toasted parker house roll, it’s served with Japanese cucumber pickles and a cornichon gastrique. Hernandez says, “We might start with a core idea like a pork bun, but we’ll switch ingredients out and use them in different ways. We’ve had fun adapting them for a Texas audience.” 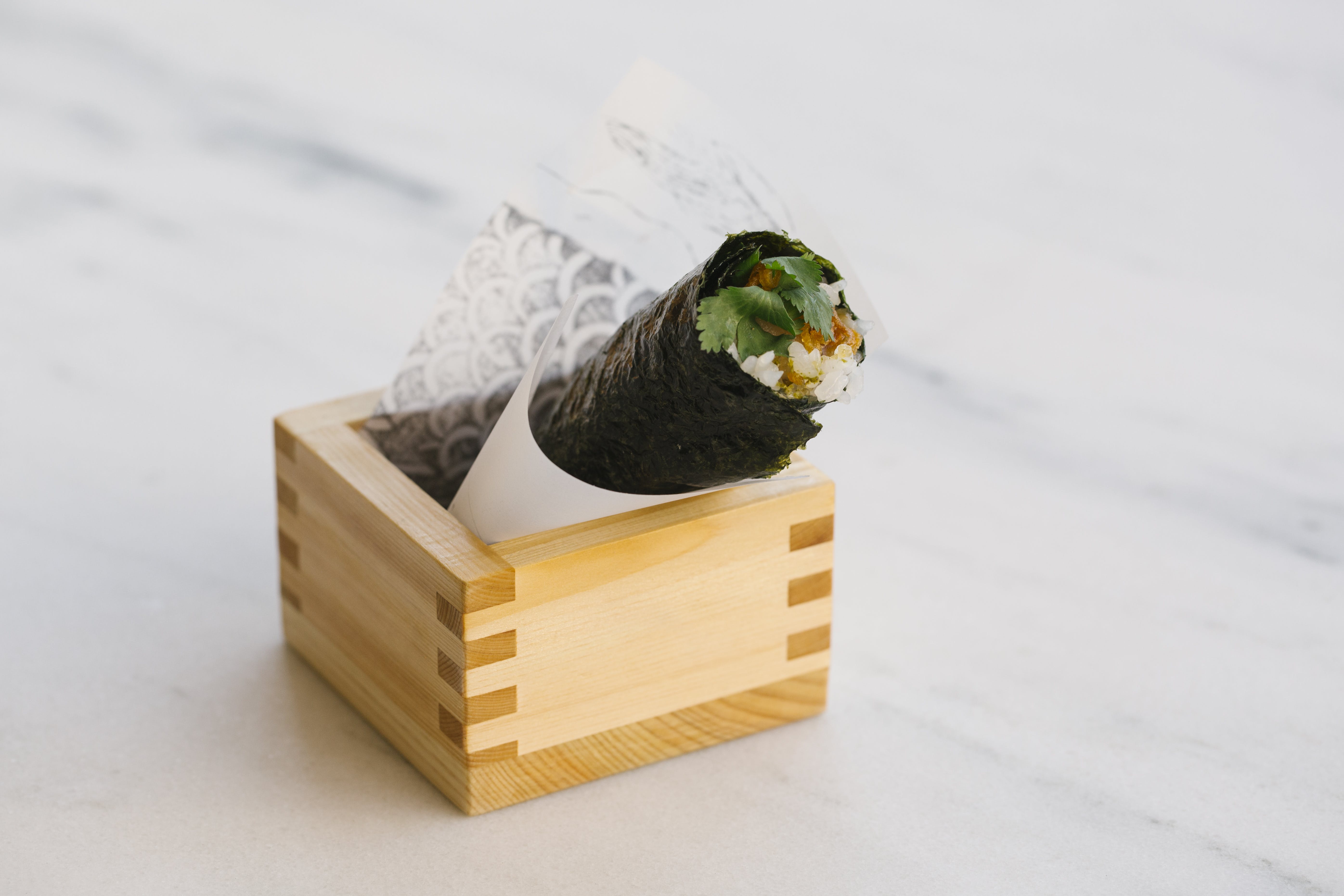 Some dishes stick to the original nouvelle Japanese theme that has been Uchi’s hallmark since it opened in Austin in 2003. One of these is the nori-wrapped Hamachi roll, with accents of tobiko, yuzu kosho, crispy shallots, and warm sushi rice. All the dishes at Top Knot will be served at the bar as well as in the dining room. 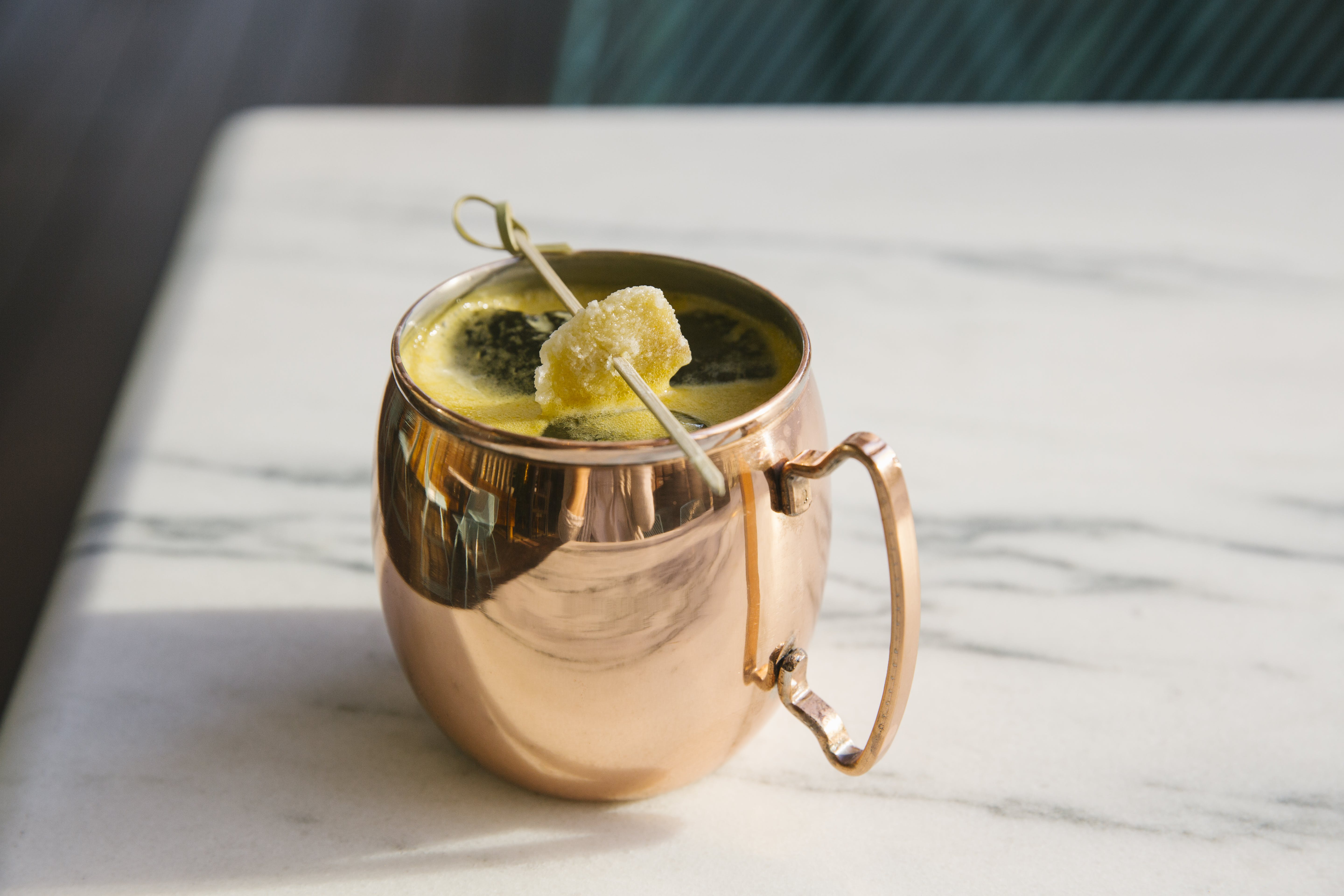 “Mezcal is very ‘in’ right not, but we realize it’s not for the faint of heart,” Melton acknowledges. He’s developed cocktails to soften the impact of the smoky agave-based liquor. The approachable Mezcal Mule starts with Gracias al Dios brand mezcal “espadín” (which is an unaged spirit, similar to silver tequila), mixed with passion fruit syrup and garnished with homemade candied ginger. 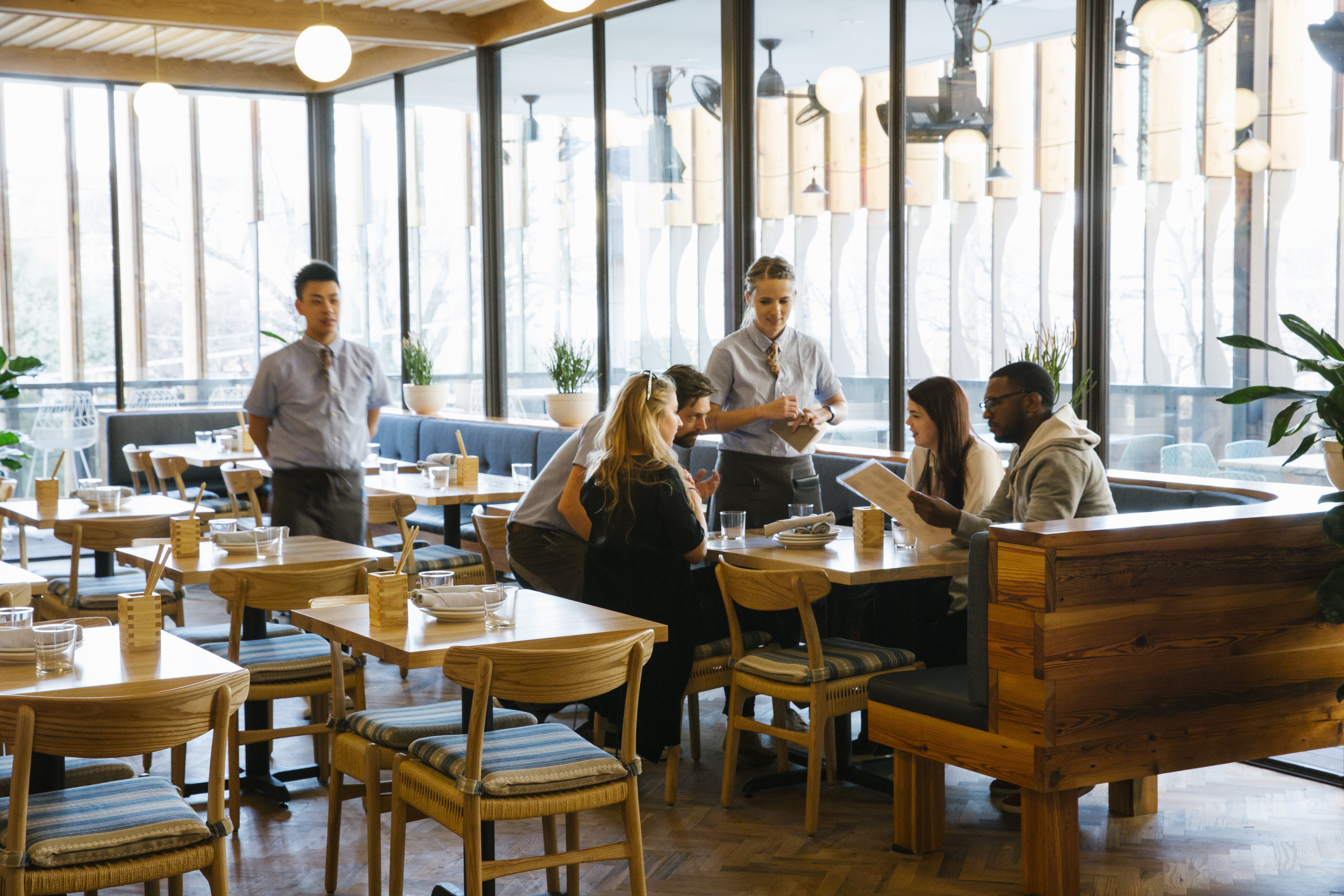 Top Knot’s second-floor dining room and bar opens onto an enclosed porch that runs the length of the building and overlooks Maple Avenue. “The color palate is based on natural materials, from white oak beams to the clay wall finishes,” says designer Jay Colombo. “We wanted the room to feel airy and sunny during the day, but at night, the mood will change to lively and vibrant.”