The holiday travel season is about to kick off, and there’s a little bit of good news for those who’d otherwise be trying to pay their way to visit distant family with lumps of coal. Gas prices are currently at their lowest since Hurricane Harvey. As the Houston Chronicle reports:

Houston-area gasoline costs fell 4 cents a gallon in the last week down to an average of $2.12 for a gallon of regular unleaded. Likewise, the national average also dipped nearly 4 cents to $2.41 a gallon, according to GasBuddy, which tracks fuel pricing. […]

“Average gas prices in the U.S. have fallen to their lowest point in 110 days, just as Hurricane Harvey began causing prices to spike, not exactly the Christmas gift some hoped for, but it’s about time nonetheless,” said Patrick DeHaan, head of petroleum analysis for GasBuddy. “As long as demand for gasoline continues to weaken, gasoline inventories will continue growing and it’ll be the gift that keeps on giving.”

That’s the good news for consumers—the prices are definitely down from their post-storm average in early September, where they hovered around $2.55 a gallon—but it still doesn’t mean that driving across the country this Christmas is going to be cheap. GasBuddy’s own blog notes that, while the prices have dipped, this is still the priciest holiday season for gasoline since the market started dipping four years ago.

The site projects gas prices for the coming weekend at $2.39 a gallon, a penny more than consumers paid in 2014 (and eleven cents more than they did last year). That’s still a lot less than it took to fill your tank in the years between 2009 and 2013, when prices even during the relatively affordable winter season (when demand is lower and winter-grade gas is cheaper) often hovered well over $3.00. Prices are down more dramatically in Texas, too, which is good news for those whose travel plans will keep them in-state, and if you’re heading up north—as opposed to driving out west—prices in the Great Lakes region are down, too. All of which should make this a merrier Christmas at the pump than it might have been in the immediate aftermath of the storm. 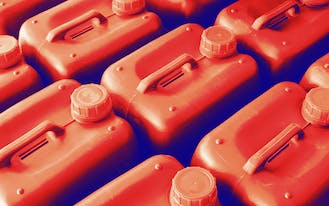 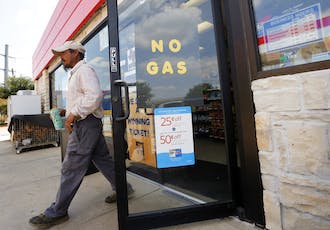 This Week In Texas Energy: All Harvey, All The Time 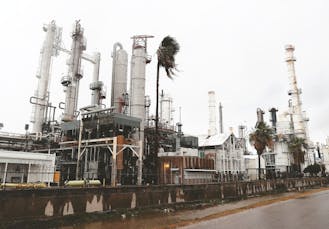 If You Pay More for Gasoline This Week, Blame Harvey 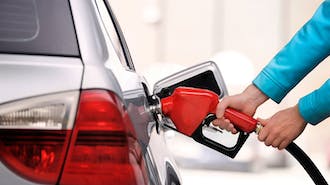 Gas Prices Are at a Twelve-Year Low Throughout Texas, But Don’t Count on it to Last