There’s nothing new about clear scientific evidence linking fluid-injection practices to earthquakes across Texas, but a study published this week adds to the pile of proof indicating the strong relationship between wastewater injection from oil and gas production and the rash of quakes in North Texas in recent years. The study, published in the peer-reviewed journal Science Advances, shows that earthquakes in North Texas have been occurring in faults that have been geologically dead for 300 million years. In other words, this pretty much rules out that the recent quakes could be anything but man-made. As Texas Monthly’s Dan Solomon wrote, “The study used an ultrasound technique to trace the history of the fault lines in the Fort Worth basin dating back 450,000,000 years. These ‘seismic reflections’ created data images they could use to look at the rock layers to determine how long it had been since the faults were active. . . . The study went on to verify that, not only had there not been major seismic activity along the faults over the years, but also . . . that the small-scale earthquakes that have been occurring in DFW hadn’t been happening over those hundreds of millions of years.”

Coal no longer holds the title of being the second-largest electricity source in Texas, according to the Houston Chronicle. A 155-megawatt wind farm in West Texas started commercial operation this month, and that big boy pushed the state’s wind power capacity to more than 20,000 megawatts, jumping past the 19,800 megawatts of capacity from coal-fired power plants, according to the Electric Reliability Council of Texas, which oversees 90 percent of the state’s grid. It’s a pretty big mark for wind power, which has been steadily on the rise in Texas. While ERCOT still gets the majority of its power from natural gas and coal, wind power is now a whopping 15 percent of the power makeup, after holding just 2 percent ten years ago. Meanwhile, coal’s been in trouble lately, with a trio of large coal-fired power plants set to shut down soon. “We are used to seeing wind numbers add, add, add,” Joshua Rhodes, a research fellow at the University of Texas’s Energy Institute in Austin, told the Chronicle. “We are not used to seeing coal plants’ numbers decreasing.”

If you’ve got $250 million laying around, you could use it to buy T. Boone Picken’s sprawling Panhandle ranch. The Texas oil tycoon put his extravagant 65,000-acre property, Mesa Vista, up for sale this week. Take a look at the photos here. It’s got a little bit of everything: its own airport, a fifty-dog kennel, twelve miles of artificial water features, a beer pub, and a steeple (presumably to visit after spending too much time in the beer pub). There’s also some pretty good quail hunting on the property, apparently. Writes Texas Monthly‘s Michael Hardy: “Mesa Vista is being offered to buyers as a ‘turn-key’ purchase, meaning that they’ll get everything on the property minus Pickens’s art collection and his herd of 400 cattle, which are available to be purchased separately. Even the ranch hands are up for grabs: the property’s prospectus informs buyers that ‘very devoted, generally long-term employees are in place on the ranch, and these employees are interested in staying and continuing on with new ownership.'” Even at $250 million, that might be a bargain. “Selling the ranch is the prudent thing for an 89-year-old man to do,” Pickens said in a statement included in the property’s listing. “It’s time to get my life and my affairs in order.”

Rex Tillerson, who once led Exxon, the most powerful oil company in the world, appears to be on his last legs as Secretary of State. The Wichita Falls native left the corporate world to accept his nomination by President Donald Trump as Secretary of State, but he’s had a rough ride in the ten months since, having been placed on mop-up duty for the president’s diplomatic mistakes while his own department has lost morale and clashed with Tillerson’s management style and mission. After Tillerson reportedly privately called Trump a “moron” last month, his parting of ways with the White House has seemed inevitable, and this week, senior administration officials told the New York Times that a plan would soon be in place to remove Tillerson from his position and replace him with current C.I.A. Director Mike Pompeo. He reportedly only has a few weeks left. 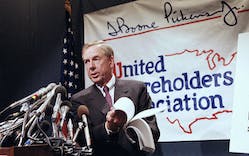 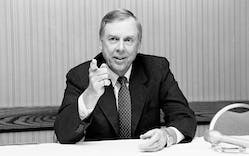 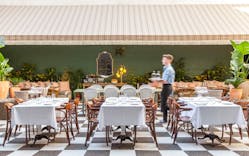 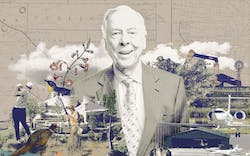