This just in: Flamin’ Hot Cheetos are not good for you. And America is panicking.

As Monica Eng of the Chicago Tribune originally reported, schools around the country have been cracking down on the radioactively red snack, which Plano-based Frito-Lay has been selling since the early nineties.

Eng’s story also included the killer detail, via a St. Louis Children’s Hospital pediatrician, that the food coloring in Flamin’ Hots can turn your stool red if you eat too many of them.

Which is why this story has been TV-newsed and blogreggated within an inch of its salty-spicy life.

The five things you need—ok, need might be a stretch—to know.

1. They’re basically a scapegoat
As Eng wrote in her original story, Flamin’ Hots are:

…shorthand for everything that is wrong with the diets of American children….

While it’s true that Flamin’ Hots, also known as Hot Cheetos, deliver high levels of salt, fat and artificial colors with little nutrition or fiber in return, the same can be said for similar snacks.

Yet there is something about Flamin’ Hot Cheetos that inflames critics in a way that other snacks — including regular Cheetos — never did.

Flamin’ Hots are just especially popular, and, like most processed foods, can be virtually addictive, with unrealistic recommended serving sizes.

Schools in Illinois, California and New Mexico have all instituted or considered bans of some kind, including asking parents to not put the snack food in their children’s home-packed lunches.

It’s become enough of a story that Frito-Lay issued a statement, as Sara Blankenship of the Dallas Observer noted:

“[We are] committed to responsible and ethical marketing practices, which includes not marketing our products to children ages 12 and under. We also do not decide which snacks are available on school campuses and do not sell snack products directly to schools.”

2. They’re dirty
KOAT in New Mexico reported that one Albuquerque middle school health teacher’s concerns went beyond nutrition. Among the issues outlined in a letter he sent home to the parents of Lyndon B. Johnson middle school students was:

“Kids are growing up pretty fast these days,” opined Jenn Wohletz of Denver’s Westword. “So if sharing bags of chips is the only way these freaky little pre-adolescents are getting germs from each other, then school officials should be grateful.”

And the last and messiest reason, janitors have to clean up red fingerprints everywhere from the dye in the Flamin’ Hot Cheetos.

3. You probably shouldn’t put cheese sauce on them
The Tribune‘s Eng reported that public schools in Rockford, Illinois, “used to sell about 150,000 bags of Flamin’ Hots each year, often topped with hot nacho cheese.”

Now, she wrote, “the district still sells baked regular Cheetos — with cheese sauce on the side.”

So are we really gonna blame the snack food here?

Bettina Elias Siegel of the Huffington Post has also written about this educational/nutritional delicacy, which she had previously found to be available (albeit as two separate items students mixed together on their own) in a Houston ISD school cafeteria.

FYI, non-Flamin’ Cheetos with cheese sauce are particularly good on broccoli. Everything in moderation.

4. This is literally old news
Rockford’s Flamin’ Hot Cheetos ban dates back to 2010, while nearly every story in the past few weeks has highlighted the YouTube rap song/video “Hot Cheetos and Takis,” which was all the buzz two months ago.

5. Did we mention they turn your poo red?
Which would be funny—and let’s face it, if you’re a thirteen-year-old boy, COOL—if not for the unsettling, needless, and expensive ER visits by parents thinking that it’s blood.

After Eng’s story ran, the St. Louis CBS affiliate, KMOX, also talked to Berchelmann, who noted that the only thing that’s wrong with children who express this symptom is they’re eating too much junk:

“So even though we might eat some foods with red food dye in them regularly, our stool doesn’t usually become discolored unless you eat huge amounts of it,” Berchelmann said. “Flamin’ Hot Cheetos is one food that people will eat enormous amounts of and will see a change in their stool.”

As Brett Spiegel of Everyday Health wrote, some foods just do things to your business:

There’s usually no cause for alarm if your poop has a red hue. Many foods are known to tint stool red — beets, red peppers, red velvet cake, red meat, melons, cantaloupe, figs, horseradish, cauliflower, turnips, and radishes among them. Blueberries, black licorice, and iron supplements, to name a few, can be responsible for a darker, black shade. If you haven’t eaten any of these foods, and your stool is red, black, or otherwise unusually colored for you, check with your doctor.

CBS News’ Monica Castillo also talked to an emergency medicine physician, Robert Glatter of Lenox Hill Hospital in New York, who said that “a number of patients who have consumed these Cheetos in excess have complained of pain in their upper abdomen, rising up into their chest, likely due to due to the red peppers and spice contained in the snack.”

In other words: heartburn.

So … anybody in the mood for a big bowl of Texas red? Maybe with a side of corn? 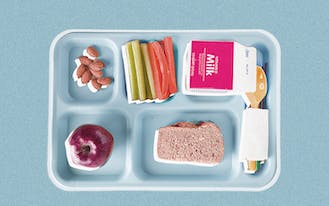 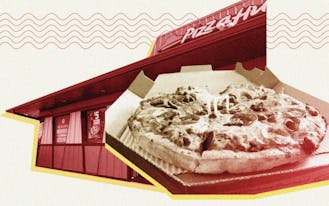