Executive editor Patricia Sharpe recently wrapped up a difficult assignment, the selection of the ten best new restaurants in the state. It was a job that lasted all year—literally from the day she finished doing the previous year’s ten best. To do it required traveling to the state’s five major cities and dining at a total of thirty places. The tools of her trade included a small spiral notebook, an iPhone (especially useful for photographs and voice memos while dining), and a keen palate . . . Here’s the story behind the story.

You review many restaurants throughout the course of the year. On average, how many restaurants do you write about?
I write twelve columns a year. But of course, I’m not the only one. TEXAS MONTHLY has more than twenty freelance reviewers all over the state. In any given month, we run around 165 reviews in The Filter: Dining, our restaurant guide. Of those, fifty to sixty will be updates or new visits. No other magazine keeps its reviews fresh and up to date the way we do. Most publications go years between revisits—literally years.

So for a story like this, do you start with the notes you’ve accumulated and go from there?
Yes. I get to about two-thirds of the possible candidates during the year; then I have a big five-to-eight-week rush at the end to visit (or recheck) the stragglers and new ones.

Do you ever follow through on tips from readers?
Sure, but people don’t send tips like they did twenty years ago. Now there’s social media, and they write on Yelp and Chowhound. So I read those, but the most reliable sources are newspaper columns (daily and weekly) and their blogs. And of course, I get press releases via email.

What are the main things you consider when reviewing a restaurant?
It’s the whole package: food, service, atmosphere. Hasn’t changed in the 36 years I’ve been doing this. Interestingly, atmosphere is more important than ever. It’s the way a restaurant signals its price range and level of formality/casualness, how customers are supposed to dress, even whether the service will be well-trained or just well-meaning.

How do you go about choosing the food items you sample and write about in your stories? Is there a combination you always order? Say, an appetizer, entrée, and dessert?
You’ve got to sample from those three areas, yes, but I emphasize entrées. We might get a few apps for the table, an entrée for every person, and say, three desserts. I like to order complicated or unusual dishes that show imagination or what the kitchen is capable of. I’m not that interested in chicken breasts, which are bor-ing. And I always try anything the chef is known for, like cured meats and sausages; those are a big deal right now.

Which city in Texas has the best restaurants?
Dallas and Houston have the top restaurants, this year Houston was stronger, but they are very, very close most of the time. Then Austin, San Antonio, and Fort Worth, in that order.

In your story you briefly discuss the current economic status we’re faced with and consider that as a reason for the recent shift toward “affordable comfort food.” Do you think that the economic situation has taken a toll on the industry or does it seem as though people are going out to eat just as often as before?
Oh, people have definitely cut way back. I hear this from restaurant owners all the time. Or they’ll trade down, go to a cheaper restaurant but still go out. Even the little taqueria down the street from me, which is rock-bottom cheap ($1.60 for a really nice fat taco al pastor), is empty after about 8:30. And it used to be full until 10 p.m. or later before 2008.

The number one restaurant on the list bucks the “affordable comfort food” trend. What’s the message readers should take away from this?
People will pay for quality.

What was the absolute best thing you ate during your research for this story?
It was a wild and wonderful dish at Fuego, which is the name of the chef’s table at Stephan Pyles, in Dallas. The dish is called Hot Potato/Cold Potato. The first half was a small shot glass of warm potato soup with a texture that was so rich yet light it was like mousse (although it was called a foam). The second half was a teeny bowl of potato ice cream with caviar on top. You have no idea how delicious these are until you taste them. It completely blows all your expectations for “potato.”

How do you keep your prose so lively? Do you ever find it difficult to write about food?
It’s a challenge. You use up the obvious adjectives like “juicy” or “tender” or “succulent” after about a week. So the trick is to find robust, brawny verbs and to go outside the realm of food. Let me give you a couple of examples. My friend Alison Cook recently wrote in the Houston Chronicle that “salt might horn in on a bowlful of housemade tagliatelle.” Isn’t “horn in” a great verb? It’s so much more fun than saying the pasta “was oversalted.” Here’s another one, a food passage with a music reference from Jonathan Gold in the LA Weekly. He was describing stuffed peppers in beet jus with rose petals, which he called “a poem in crimson that had the jangly perfection of an early Phil Spector production.” I am in awe.

In this piece you mention both nose-to-tail eating and local sourcing and environmental responsibility. Do you find that these qualities (or lack thereof) influence the way you feel about a restaurant?
Not really. I may applaud their efforts to keep their carbon footprint small, but taste is the bottom line. Who cares that an animal was grass-fed on a nearby ranch if the steak is tough and overcooked? 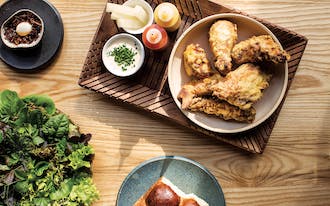 The Best of Our Favorite New Texas Restaurants 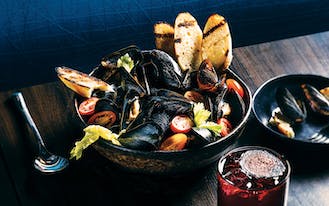 The Best New Restaurants in Texas for 2019 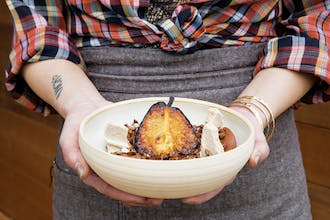