Esquire magazine has weighed in with its 2018 list of the best new restaurants in America, and Texas has three seats at the table of twenty. The only states with more are New York and California.

Our winners were Petra and the Beast in Dallas, Nancy’s Hustle in Houston, and Carnitas Lonja in San Antonio. Written by Esquire’s food and drinks editor Jeff Gordinier, the story was released online November 28 and will be in the winter issue of the magazine.

His number three choice was Nancy’s Hustle, a Euro-American bistro with an industrial-diner aesthetic, an open kitchen, and a small wine bar featuring off-the-radar natural wines. Located in the EaDo (east of downtown) neighborhood, it’s got a semi-fanatical following among those who appreciate fine food but not white tablecloths. Gordinier wrote, “I don’t know how to categorize the cooking at this place other than to say that Nancy’s Hustle … is like a roadside diner in which a bunch of Michelin-starred talents are secretly hiding out, thanks to the witness-protection program.” He singled out the “fluffy flapjacks of corn paired with trout roe and wild honey” and the “cheeseburger worthy of a drag race in a James Dean flick.”

Esquire’s number ten choice, Carnitas Lonja, is another selection that signals a move away from the upscale venues that usually dominate “best” lists. The breakfast-and-lunch taco joint is so popular that it often runs out of food hours before its alleged 5 p.m. closing hour. It’s been around since April of 2017 but was discovered this year, also getting a spot on best lists from both Bon Appétit and Eater this year. Declaring that “Mexican food in the United States doesn’t get any more delicious and honest than this,” Gordinier described the experience: “You park your car and step inside and order a couple tacos filled with … and you sit outside at a picnic table and eat your food and send up prayers to whichever deities govern the realm of tacos and appetite.”

Petra and the Beast occupies a super-casual spot in East Dallas under the do-it-her-way direction of Misti Norris, who has fine-dining credentials (the now-closed FT33) as well as funky ones from her stint at craft-beer spot Small Brewpub. Charcuterie, fermentation, and foraging are specialties. Putting Petra at his number 13 on his list, Gordinier wrote, “In a 1930s gas station that looks like dusty scenery from The Grapes of Wrath, in a room decorated with anime and skulls, to a soundtrack of Rage Against the Machine, chef Misti Norris is conjuring funk.” He also adds: “Consider her fried chicken hearts wrapped in a pale-green garlic crepe, or her pigtails with sour apple cabbage. Her background is Cajun, but .. [a]s far as I can tell, her cooking appears to be Narnian.” 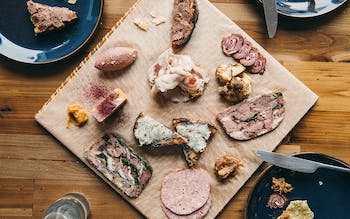 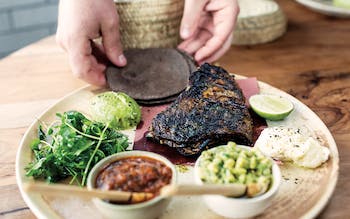 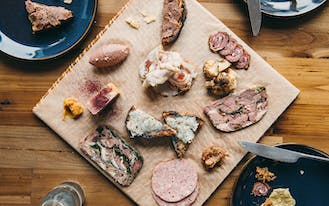 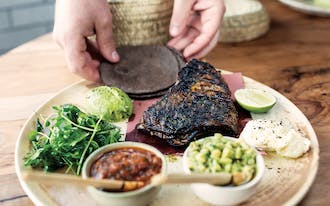 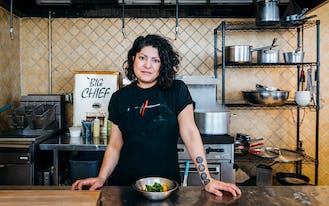 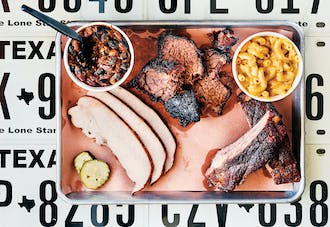