No. 4 Rites of Passage 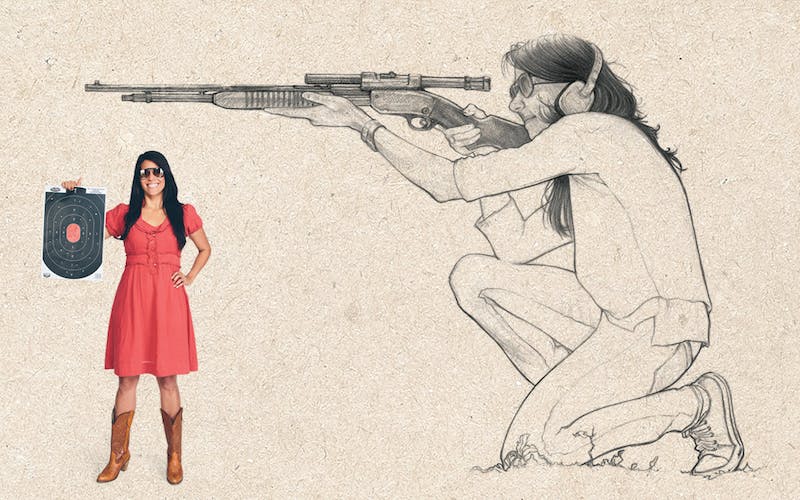 Numerous rites of passage dot the path to becoming a true Texan, but few are as iconic as learning to fire a rifle. Beginners often train with a .22 caliber, “because there’s minimal recoil, and the gun and its shells are relatively inexpensive,” says Terry Erwin, a former hunter-education coordinator for Texas Parks and Wildlife. When firing guns, safety comes first: point the muzzle in a safe direction, treat the rifle as if it is always loaded, and set up a backstop behind your target. Don’t forget to wear ear and eye protection.

1. Place the butt of the rifle in the pocket between your dominant shoulder and collarbone. Hold the forearm of the rifle with your other hand.

2. Position your body at a 45-degree angle to the target. Plant your feet roughly shoulder width apart or crouch to hold yourself steady.

3. Put your finger on the trigger only when you are ready to fire. Take a breath, let it about halfway out, hold it, and then gently squeeze—don’t slap—the trigger.

4. Erwin advises beginners to load and shoot single bullets. To load a bolt action, raise the bolt, then pull it back as far as it will go, place a bullet into the chamber, slide the bolt forward, and lock it.

6. Because .22s are short-range rifles, Erwin recommends standing at a maximum distance of 75 yards from the target, but beginners can start at 30 yards away.