We’ve entered a golden age—perhaps the golden age—of Texas literature. Here are some of the people making it happen. 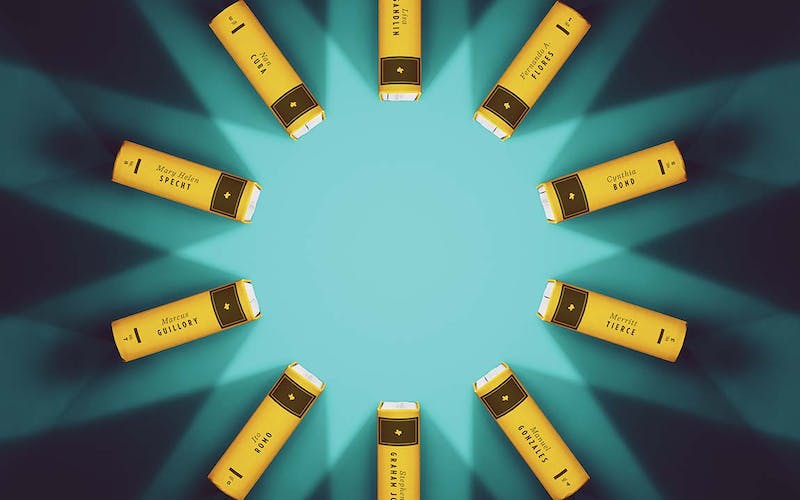 Texans are no strangers to the universal human impulse to locate a golden age in the past: There was the Austin of yore, before the tech zillionaires arrived. Marfa, before the hipsters took over. The Cowboys, when Tom Landry was in his prime.

This truism applies to our literary legacy as well. It’s difficult for us to imagine that any contemporary Texas writer will be immortalized in statuary or have a middle school named after him à la J. Frank Dobie, Walter Prescott Webb, and Roy Bedichek. Or that anyone will describe the arc of our history as commandingly as Larry McMurtry did during the peak of his great, decades-long run.

But anyone who’s paying attention to the fiction being produced in Texas today can’t help but notice that we’re in the midst of a literary boom. Barely a week goes by without the arrival in Texas Monthly’s mailbox of a novel or story collection worthy of our attention. And an impressive—and, by unscientific guesstimate, growing—number of these books are very much about Texas. Ben Fountain, Elizabeth Crook, Oscar Cásares, Philipp Meyer, Sandra Cisneros, Attica Locke, and Dagoberto Gilb are just a few of the Texans who have already made names for themselves writing about their home state. Coming up right behind them is a new crew of writers who have likewise bucked the old publishing industry belief that Texas isn’t a serious subject. They are a notably diverse lot in terms of gender, ethnicity, age, and regional identity, hailing from and writing about nearly every corner of the state. In fact, the hardest part of creating the list of ten writers on the pages that follow was deciding whom to exclude; the bench is deep.

Undoubtedly, we will soon be able to assemble a list made up of entirely different, and equally impressive, writers based on the letters of protest that we’ll get in response to this story. How could you leave out Scott Blackwood? And Keija Parssinen? And Bill Cotter? And Bret Anthony Johnston? And Jacqueline Kelly? Because if there’s anything Texans like to do even more than look back with longing, it’s brag about how great we are right now.