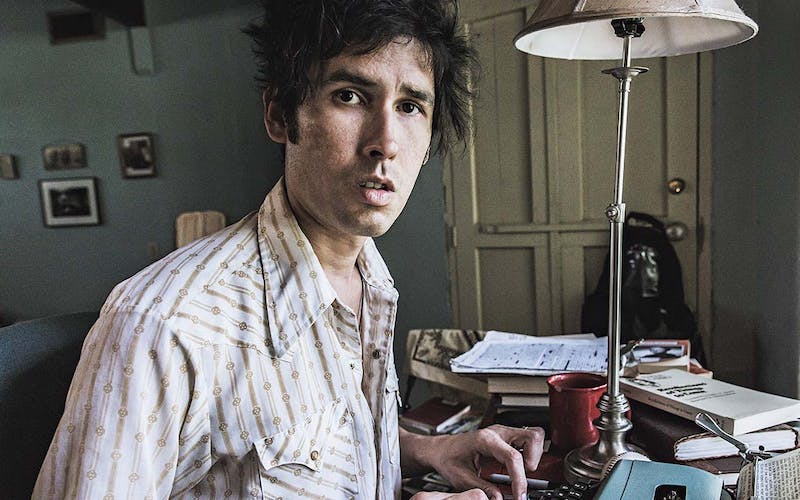 For a genial guy, Fernando A. Flores has a lot of enemies. Before his first collection of short stories, Death to the Bullshit Artists of South Texas, Vol. 1, was published last year, members of the Rio Grande Valley punk/emo/indie rock scene waited in hopeful anticipation of finally seeing their world faithfully depicted by someone who knew it well. But Flores, who grew up in Alton, just outside McAllen, wasn’t interested in that kind of documentation; he was inspired by that scene, but he didn’t feel compelled to stay true to it. Death was full of characters built around details—a stutter, for instance—that their real-life counterparts didn’t possess. Though the book was billed as fiction, many members of the Valley’s largely ignored music community felt that Flores had portrayed them in an unflattering light. The members of the Valley punk band Inkbag were particularly affronted. They saw something very familiar—and deeply insulting—when they read the story of “Pinbag,” an unflinching depiction of a trio of punk-rock losers. A few weeks after the book’s publication, Flores got word that if the members of the band ran into him, he might wind up with a few missing teeth.

Still, it wasn’t all bad news. The book’s run was small—only two hundred copies were printed—but those copies landed in the right hands, earning Flores an honorable mention award from San Antonio’s Alfredo Cisneros del Moral Foundation. That reception gave him a shot of confidence, leading him to complete a border-region novel about mythical beasts, exploited laborers, and foodie culture, which he is currently shopping around. Meanwhile, the 33-year-old writer spends most of his days sitting in the Austin house he shares with his wife, the poet Taisia Kitaiskaia, pecking away at an Olivetti Underwood Lettera 32 manual typewriter, next to a boom box and unruly piles of CDs and cassette tapes. On a recent afternoon, he took time away from his writing to submit himself to a blindfold test featuring songs from the Valley punk scene’s late-nineties/early-aughts heyday. Unsurprisingly, he recognized each one immediately.

We Suck, “Too Hardcore”

“I remember going to see We Suck at Room 710, in Austin. They played there on my twenty-first birthday. I was visiting from the Valley, and the bartender was giving me free shots. So by the time they got onstage, I was all sauced up. I was the only one there from the Valley, and [lead singer] Marc [Villa­rreal] liked to go up to people and get them to sing the chorus, so he came right up to me, because he knew that I knew all the words.”

Yoink!, “Stay Away From My Girlfriend”

“This song is great. I saw [drummer] Lindsay [Kinsolving] in Austin a few months after the book came out, when everybody started hating me, and she said something like, ‘Thank you for doing that.’ She didn’t mean ‘Thank you for writing the book,’ she meant ‘Thank you for pissing everybody off.’ I remember feeling really apologetic, and she was just smiling about it the whole time.”

“I had no idea what I was doing when I wrote that story [“Pinbag”]. I love Inkbag. And it just got out of hand. I never thought that anybody would read it—that story was sitting in my drawer for three or four years. I didn’t mean any harm to them on a social level. But at the same time, they weren’t the best people in the world either. They wrote a song called “Danny’s Drunk Again,” about what a screwup their friend Danny was. And Danny was a real guy. They didn’t even change his name. When you’re twenty, twenty-one years old, that might seem cool. But what happens twenty years later, when you’re no longer that Danny?”

“ These guys were amazing. There’s a video on YouTube of them playing at Trenton Point [a former event hall in Edinburg], and Eric Fly’s guitar strap keeps coming undone, and he keeps struggling with it, but he’s also going insane, and at some point maybe he decides that it just doesn’t matter. Everybody in the Valley loved these guys. All of those bands wanted to be Death Wish. I saw that recent cover piece in Texas Monthly [“The Secret History of Texas Music,” July 2015] on the stories behind all these Texas songs, and I feel like there needs to be an alternative list. I was happy to see the Butthole Surfers there, but I’d love to see one about the great underground Texas bands that nobody knows about.”