On her muse: Beaumont. 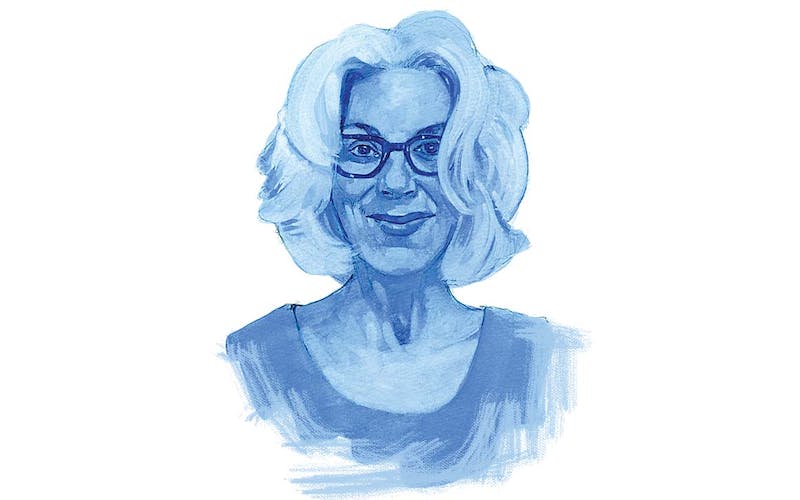 If you’ve never thought about Beaumont as a great setting for a murder mystery, that just shows a lack of imagination on your part. Everything a good writer needs for noir is there: the sticky air, the swampy landscape, the insular, one-industry town—devoted to the oil business, in this case—that gives birth to a cast of characters up and down the social spectrum. And to top it all off, reptiles, both real and metaphorical.

“I haven’t had a dramatic enough life to write a memoir, and I’m way past a coming-of-age novel,” Beaumont native Lisa Sandlin says, explaining how she came to write what may be the best whodunit ever set in her hometown. “And with a mystery you’re not stuck with only the plot; you can also engage with theme and a sense of place.”

In her debut novel, The Do-Right, out this month from El Paso’s Cinco Puntos Press, the 64-year-old Sandlin has established Texas’s easternmost city as a place that, like Los Angeles and New York, possesses a seemingly infinite number of dark secrets. The same is true of Sandlin’s main characters, Tom Phelan, a roughneck turned private eye, and his secretary, Delpha Wade, who is trying to begin her life again after serving time for killing one of the two men who brutally raped her. As their friendship and working relationship deepen, Phelan and Wade join forces to solve a handful of disappearances, all the while providing glimpse after glimpse of a Beaumont rich in nuance and complexity. “Beaumont has some dramatic history, along the lines of that saying about war: ‘months of boredom punctuated by moments of terror,’ ” Sandlin explains. “Only it’d be ‘years of ho-hum punctuated by amazing or desperate events.’ Like the Lucas gusher, or the racial strife at the shipyard during World War II that called down martial law.”

Sandlin comes naturally to her authority on all things Beaumont; her father was a chemical engineer for Mobil Oil. “Up close to the refineries, you had a huge sense of process,” she recalls. “Roaring, pipes, tanks, burning flares. At night they lit up like fairyland.”

She attributes her strong ear for dialogue to her grandparents, who hailed from East Texas and Mississippi. “They talked some music,” Sandlin says. Some of that apparently got handed down. “Listen to how you talk,” a close friend told her when she was thirty. “You should be a writer.” She sat down and immediately wrote a passage about two young girls, and was hooked. “Even if I failed at it, I was going to write,” she says. She didn’t fail at it, but for a while, as is the case with many women writers, life—she raised a child on her own and held down a series of uninspiring jobs—kept getting in the way. Her first book, a collection of short stories, wasn’t published until she was forty. These days, she lives in Omaha and teaches at the University of Nebraska’s Writer’s Workshop.

Still, Beaumont has remained her muse; right now, she’s 12,000 words into a sequel to The Do-Right. “I always knew I’d be back,” she says of Texas. Then again, maybe she never really left.

Sandlin’s Honors: An NEA Fellowship, an award from the Texas Institute of Letters for Best Book of Fiction, a Dobie Paisano Fellowship, a Violet Crown Award, a Pushcart Prize, a New Mexico Book Award, and the Christopher Hewitt Award for Fiction.