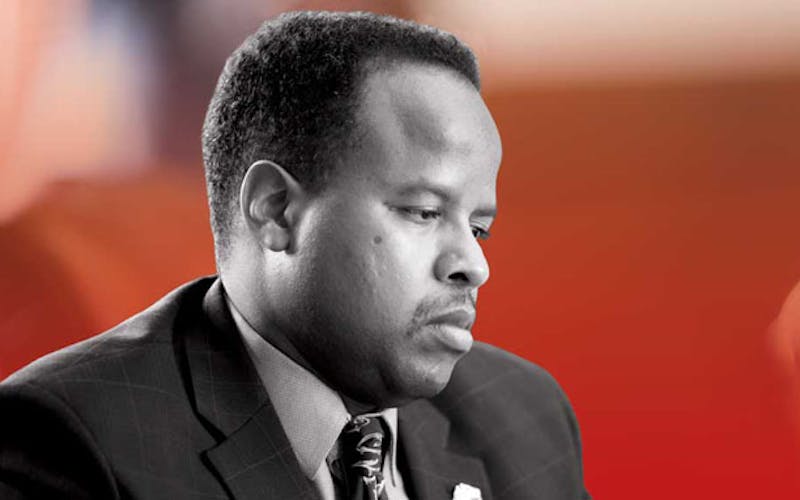 Ron Reynolds was a legislator destined for obscurity—until he began making the wrong kind of headlines. In March the Montgomery County district attorney issued a warrant for Reynolds’s arrest on charges of barratry (commonly known as ambulance chasing). Investigators said he was involved in a kickback scheme with seven other lawyers to pay a felon to sign up new clients who had been involved in traffic accidents. This was not Reynolds’s first rodeo; he faced the same charges in Harris County in the summer of 2012, though they were dropped after the lead investigator got into some trouble of his own and was accused of tainting the evidence. And a year before that he found himself in hot water with the Ethics Commission for failing to file campaign finance disclosures. Indeed, he’d skipped out on more than $10,000 in fines before he was finally taken to court by the attorney general, which prompted the comptroller’s office to place a “warrant hold” on Reynolds’ state reimbursement checks to collect the money.

With all those pesky distractions, it’s no wonder that his legislative agenda was as thin as his principles. And while Reynolds maintains his innocence in his most recent case, there’s no doubt about the punishment for bringing dishonor to the Legislature: a spot on the Worst list. And we’re afraid there is no appeal for that.