A Michigan podcaster is back in Texas, trying to free an inmate he swears was wrongly convicted. This is the fifth Texas case in three and a half years that the podcaster, Bob Ruff of Bridgman, Michigan, has investigated. In that time Ruff has found new evidence in cold cases, helped obtain attorneys for forgotten men, and even helped bring one man home to his family.

In this latest case, Ruff, 40, and his Truth & Justice podcast are putting up a reward of $20,000 for information leading to the arrest of the killer of Jaime Melgar, who was found stabbed 31 times and beaten to death in his Houston home on December 22, 2012. Melgar’s wife, Sandra, 53, was found tied up in a closet that had been secured on the outside by a chair crammed under the doorknob; Sandra, who suffers from epilepsy, said she remembered nothing about the attack. The house had been ransacked, and jewelry, prescription drugs, and electronics gear stolen. Though there was no physical evidence tying Sandra to the crime—she had no blood on her hands, or even cuts—law enforcement saw her as the main suspect. She was indicted a year and a half later and prosecutors took her to trial in August 2017; she was found guilty by a Houston jury and given 27 years. Ruff says the jury mistakenly bought a circumstantial case. “I believe wholeheartedly that Sandra is innocent,” he says.

Four years ago Ruff was a fireman in rural southwestern Michigan. But he fell in love with the true-crime podcast Serial, which reinvestigated a 1999 Maryland murder, and decided to start his own podcast about the case. Ruff interviewed people close to the case and asked listeners for their help in figuring out the mystery. Ruff, who has a deep, booming voice, began picking up thousands of listeners, drawn by his passionate observations and theories as well as the idea that they could be part of the investigation. In late 2015, Ruff renamed his podcast Truth & Justice, quit his job, became a full-time podcaster, and began looking for cases to investigate.

He didn’t set out to do mostly Texas cases; in fact, he spent a whole season on the West Memphis Three. But in 2016 he got an email from a young woman in Ohio about her uncle in a Texas prison who she swore was innocent of the two robberies in Tyler he had been convicted of. Ruff looked into it, and through the podcast helped the inmate, Kenny Snow, get a new pro bono attorney. That investigation led to one involving Edward Ates, who was convicted of murder in Tyler in 1998. Ruff’s crowd-sourcing of that investigation involved amateur photo experts, a serologist, and TV star Jon Cryer, ultimately raising the Truth & Justice listenership to more than 150,000 an episode. Ruff’s work on the case persuaded the Innocence Project of Texas to get involved. IPTX got Ates a parole attorney, and—against all odds—the inmate was set free last September. After that, IPTX worked with Ruff on two other Texas cases, including one in which, through his vast social media network of listeners, he was able to find new witnesses in a murder case, including a man who said he actually saw it.

Last spring Ruff began looking into the Melgar murder after hearing about it from the sister-in-law of the couple’s daughter, who was certain her mother hadn’t killed her father. As with many of the other cases, Ruff was astounded at how not only was there no physical evidence, there was no discernible motive for Sandra to kill her husband. “There was nothing there,” he said. As he had done in previous shows, Ruff brought in outside experts. One, FBI profiler Jim Clemente, theorized that this was a home invasion gone terribly wrong; that Jaime had probably fought back against the invaders and been murdered. In November, 20/20 featured Ruff’s work on the case, and a month later, Kathleen Zellner, the lawyer who represents Steve Avery in Netflix’s Making a Murderer, announced she was taking on Sandra Melgar’s case.

Recently, Ruff found evidence of a similar Houston home invasion committed nine months before the Melgar murder, which got him thinking that the actual killers and their gang might still be out there. So, he began collecting money for a reward fund for information. It quickly grew, and now the Truth & Justice podcast is offering $20,000 for help solving the murder. Anyone with such knowledge can email [email protected] or call (269) 224-2833. “We believe there are several people out there with information that can right this horrible injustice,” said Ruff, whose instincts in such matters have so far proven to be sound. 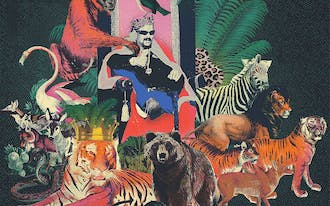 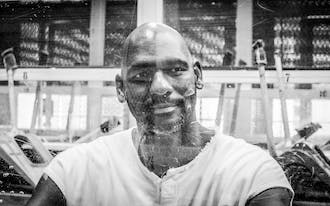 Ed Ates Wants His Name Back 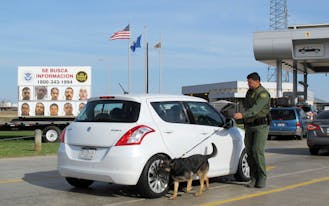