Before we start, I should warn you that this story—the story of a hero named Zero, who died last week in Houston—may break your heart.

We say things like “we don’t deserve dogs” (a phrase that appears on t-shirts and bumper stickers, and that’s tweeted hundreds of times a day) because we know that there’s an imbalance: these creatures are loyal and true, loving and accepting, while the humans to whom they offer this loyalty are often ruled by uglier emotions—greed or anger or jealousy or fear.

The best qualities of dogs were on display on March 16 in Houston, when the Martinez family woke up to learn that their house had been burglarized on the day of their daughter’s birthday party. According to Laura Martinez’s account of the incident, they quickly identified the culprit—a sixteen-year-old friend of the family’s children—after he posted a video of himself on Snapchat wearing a hat taken from the home, along with cash and jewelry. After Martinez went to his family’s house to leave a note asking his parents to call her, the boy arrived at their house again—with a gun.

According to police, the encounter quickly grew heated. The boy fired shots at the family, and Zero pounced when the humans in his family were struck. Zero was shot, the boy fired again, and Zero got up and knocked the boy down. The dog was shot two more times before the boy left the scene. Martinez and two of her children were injured in the attack. When they got Zero to the vet, though, they were told his injuries were too severe to survive. He was euthanized, and the family put a small memorial to him in front of their home.

The attack was awful, and the circumstances behind it are hard to fathom. But Zero’s actions—which Martinez told the Houston Chronicle she believes saved the family from more serious injuries—bring the story home. Most people haven’t been in a situation like the Martinez family was in, but anyone who has a dog can imagine how theirs would react if we were: exactly as Zero did, with courage and determination to protect us, without a thought to their own safety, because they’re too mindful of ours to think about it.

It’s hard to read about a dog like Zero dying like this, because it means that the dog died, in part, because he loved his family so much. That’s a simplification—he died because someone came to his family’s house and starting shooting—but dogs simplify things. It’s part of what we love about them. When we say that we don’t deserve dogs, we’re saying that we admire their clarity—that the people they love are good, and must be protected, and that all they ask of them in return is to have their basic needs met. A dog will stay true for a few cups of food and a little bit of attention every day, while humans find it much more complicated to be as good to each other. Because our dogs love us so fiercely despite those flaws, it’s hard sometimes to feel worthy of that love. All we can do to deserve them is to try to match their love and care as best we’re able, and hope that they’re never in a position where they need to prove their loyalty the way that the good dog in Houston did. 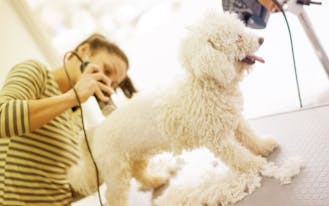 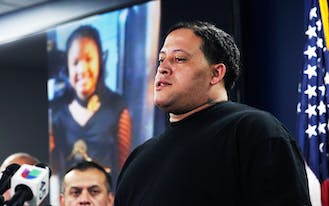 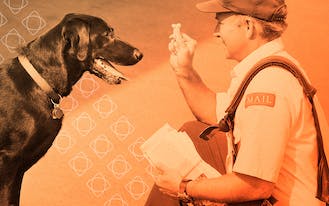 Why Do Dogs In Houston Attack More Post Office Carriers Than In Any Other City? 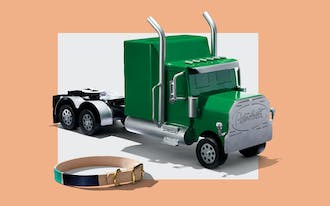 The Made in Texas Gift Guide: For the Kids & Pets