5 Life Hacks for ‘Switching On’ Your Electricity for Less

Bold Reform: A 15 Year Look-back on Electric Competition in Texas

How to Shop for Energy Plans in Texas

The summer began with dire predictions that hotter temperatures would result in consumers paying more for electricity and electric providers not being able to keep up with demand, forcing consumers to cut back on their usage or face rolling brownouts. And while the state’s electric usage broke two records during July, and wholesale prices did spike, electric providers have been able to meet consumer demand. But it did make us wonder how the deregulation of the state’s electric industry has fared nearly twenty years after the Texas Legislature moved to get rid of regulated rates and break up monopolies. So we checked in with former state Representative Steve Wolens, who helped drive the deregulation process through the Texas House in 1999. The Dallas Democrat is described as exacting and good humored, one who does not easily suffer fools. He also has a reputation as a fast-thinking debater who has done his homework and who commands respect—and fear—from allies and foes alike. In 2003, Texas Monthly called him “one of the great legislators of the modern era.”  He is married to former Dallas mayor Laura Miller and currently serves as chairman of the Texas Ethics Commission.

TEXAS MONTHLY: In general, how do you think the electric deregulation law has worked?

STEVE WOLENS: I am pleased, and I expect it will continue to do what we hoped it would do. Our principal reason for doing electric deregulation in 1999 was that, at that time, Texas faced a shortage of generation capacity. Since it passed, there’s been an increase in generation; when I looked at it about two years ago, it was about $8 billion in new generation (twice the production of any other state). That is a lot of money for new generation in the state . . . [and] we produce more wind and solar [electricity generation] of any state in the United States; if we were a country, we would rank sixth.

TM: The state has grown by more than eight million people since 1999, and summers seem to get ever hotter, driving up demand for air conditioning. Can the deregulated system still attract enough investment to build new power plants to keep up?

SW: I think that it remains a challenge. As you know, ERCOT [the Electric Reliability Council of Texas, which manages most of the electrical grid system in the state] hit a peak level I think three weeks ago . . . I trust the marketplace to create the incentives to build more generation, whether it’s by coal, or whether it’s by natural gas, or whether it’s by nuclear—I’m not cutting anything out.

Texas is going to continue to grow. It will continue to have demands for electric needs, and as long as there is a need, there will be somebody who provides it at a price—at a willing price. And I think it’s much better that we are creating generation in a competitive market as opposed to a regulated market with a guaranteed rate of return [for regulated monopoly utilities].

TM: ERCOT has virtually no links with grids in other states that might provide backup power. Is that a good thing?

SW: Yes! And how lucky are we, how wonderful are we? We’re the only state in the United States with our own regulatory authority overseeing [the grid]. Everybody else is overseen by [the Federal Energy Regulatory Commission], and all the other similar regulatory oversight organizations have oversight over multiple states. We have remained very, very lucky having ERCOT to oversee Texas. And it’s run by a terrific group; Bill Magness (president and CEO) has done a terrific job over there.

TM: What about rates and the Public Utility Commission of Texas?

SW: I give credit to the PUC for watching over ratepayers. For the longest time [before deregulation], the Public Utility Commission, some may have said that it was a handmaiden of the industry. But I just don’t think it has that perception any more. You’ve got to give credit to the PUC and people like [former PUC commissioner] Ken Anderson, who kept saying ”no” when people wanted to buy Oncor  [the still-regulated North Texas wires utility], because the PUC and Ken said, “I don’t think it’s good for Texas ratepayers,” or in the case of Oncor, North Texas ratepayers. And they waited until there was a good deal for the ratepayers.

TM: There have been complaints about the PUC’s Power to Choose program to help consumers shop for the best electricity rates—that it’s too complex and that some offers from retail electric providers are misleading, even deceptive. What do you think?

SW: To go to Power to Choose and to do a selection is confusing, it’s complicated, it defies comparison shopping, and it needs standardization. It ought to be as easy to compare the price of [electricity] as it is comparing the price of rolls of toilet paper.

TM: Is it worthwhile for a consumer to shop?

SW: People don’t shop—there are lower rates available. That is one of my frustrations, although it’s not an inherent fault of the law. It’s called stickiness.

What we learned with electricity [deregulation] is that customers remain sticky—that they remain loyal to the incumbent [local utility company]. They are either loyal to the incumbent because of inertia, they just don’t move, or they’re loyal because of brand recognition and trust. If Texas residential customers within ERCOT, who are served in a competitive market, would switch and go online [to shop], they could save themselves hundreds of dollars a month, just by switching, looking for the best deal, because they are offering sales all the time on Power to Choose.

I think I’m pretty sophisticated doing this stuff and I’ve switched on my own three times.  Once I switched and the person I switched to defaulted, went out of business, and I was thrown into the pool at the highest price possible, but that’s what happens.

But it’s become so confusing for many, like me, that third parties are doing business out there—for a living, they do the screening for you and they will search and secure the best rates for $10 a month. Who would have thought that? Who would have thought that you couldn’t figure that out on your own? I didn’t think that in ’99 it would be too complicated to figure it out.

When you pass a major reform such as electric deregulation, there is a first-generation bill, which is what we passed in ’99, and you can expect subsequent revisions. You have to go back and polish it, you have to correct a course that perhaps the public went down and the Legislature didn’t predict it as well as it could.

TM: Did anyone in 1999 foresee the fracking revolution in the oil and gas drilling industry, which has brought so much natural gas to market and made coal-fired power plants uneconomical?

5 Life Hacks for ‘Switching On’ Your Electricity for Less

Bold Reform: A 15 Year Look-back on Electric Competition in Texas

How to Shop for Energy Plans in Texas

Next Up: Repealing the Tax on Steam-Powered Cotton Gins

As UT Likes It 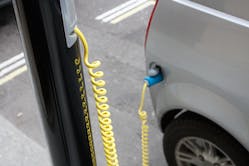