Before this year, the Rio Grande Valley had been a Democratic stronghold, supporting the party’s presidential candidate in every election since 1972, often by nearly forty-point margins. But for months ahead of the 2020 election, local organizers in the Valley and throughout South Texas had been warning Joe Biden’s campaign about anecdotal evidence of a shift away from the party. In late September, dozens of Trump reelection signs sprouted up on ranches and businesses along U.S. 281 into South Texas, far outnumbering those for Biden. On the weekends ahead of the election, caravans organized by Trump supporters drove through Laredo, McAllen, and other nearby towns with flags for the president fluttering behind their cars and trucks. That could have meant nothing more than that Trump supporters in the area were more demonstrative than Biden supporters. But it turned out to signal something larger.

While Biden held on to most of the state’s southernmost Latino-majority counties, his margins of victory were paltry compared with those of other recent presidential candidates in his party. In Starr County, where Hillary Clinton won by 60 points over Donald Trump in 2016, Biden eked out a 5-point victory. In Hidalgo County, Biden won by 17 points after Clinton won by 41; in Cameron County he prevailed by 13 points against Clinton’s 33. In other nearby counties, he lost outright: Trump won Jim Wells, which Clinton carried by 10 points four years ago, by the same margin this year. By contrast, in the state’s metropolitan areas that account for the majority of Texas’s Latino population, Biden’s margins over Trump remained close to those that Clinton achieved in 2016.

So what happened in South Texas? We asked that question of four organizers and politicians across the political spectrum who’ve worked in the region. Their answers have been lightly edited for length and clarity. 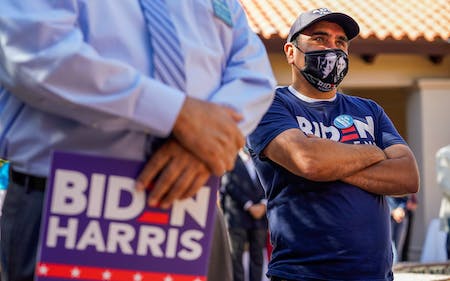 What Price Will Texas Democrats Pay for Their Failure, and for How Long? 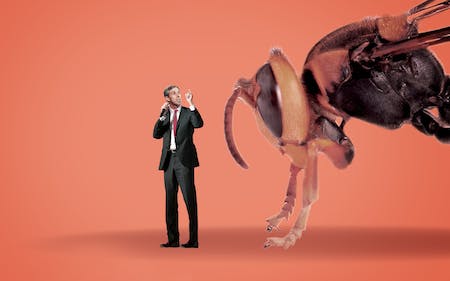 Texas Monthly: Were there any warning signs that Biden wasn’t going to perform as well with Latinos in the Rio Grande Valley and throughout South Texas?

Ofelia Alonso, Rio Grande Valley and El Paso regional field coordinator for Texas Rising, a grassroots organization focused on voter turnout: Folks down here have felt forgotten by the Democratic party for such a long time. The Republican party had a lot more of a presence down here. There were Trump caravans every single weekend for months, and every time the caravans would get bigger. It’s something that organizers talk about every cycle: we need to have Democratic candidates making a bigger effort in the area, but it never happens.

Chuck Rocha, former senior adviser for Senator Bernie Sanders’s presidential campaign and founder of Nuestro PAC, a swing state Latino organizing group: Nobody was knocking on people’s doors and letting them know why they should vote for Biden.

TM: Several South Texas counties did flip for Trump this year, while others stayed blue by a smaller margin than in 2016. What do you think was attractive to Latinos about the Republican party?

Jessica Cisneros, 2020 Democratic primary candidate in South Texas’s Twenty-eighth Congressional District: In this area, people have been voting blue for so long that if they feel neglected, they might be interested in what other candidates have to offer. I think people wonder, “Well, maybe I should just try and vote for the Republican party since I’ve been voting Democrat for so long and nothing changes.”

Joacim Hernandez, president emeritus of the Hidalgo County Young Republicans: I think Trump kind of hit it right on the head for people here with his “drain the swamp” message, because the Valley has been riddled by corruption. People here have seen how year after year, at least one elected Democratic official locally has been indicted for bribery or corruption. [Over the past decade, a Democratic state representative, county sheriff, mayor, and court of appeals judge in the Valley have been charged with extortion, bribery, and illegal voting.] What I heard from the people organizing the Trump trains and caravans was that they were fed up with the status quo.

I also think the riots and calls to defund the police turned off a lot of people who were normally maybe moderate or conservative Democrats and come from law enforcement families who were just appalled by that kind of message.

Alonso: Law enforcement is the biggest employer in the Rio Grande Valley. There is also a lot of anti-Black sentiment in the region, so when you put those things together, you’ll see a lot of people gravitating towards the Republican party because they are the ones defending law enforcement and disavowing the Black Lives Matter movement. Also, people care about immigration, but as the generations go on, it isn’t as much of a priority. People distance themselves from it. They’ll say they came to the U.S. the right way or that they’ve been here for a long time. They’re American.

Rocha: At the Republican National Convention, the party had one Latino speaker after another telling their immigration story and how they lived the American dream. And if you just sit back and watch that or read the coverage, you might think, “Hey, these Republicans are all right. They like immigrants. They want to build entrepreneurship. They want us to all be rich like Donald Trump.”

TM: What could the Biden campaign have done differently?

Alonso: As always, there wasn’t enough messaging and in-person outreach, especially in rural areas. There is still a digital divide in the Rio Grande Valley. Not everyone has access to the internet. [The Census Bureau’s 2016 American Community Survey found that Brownsville was the least connected city of more than 50,000 households in the U.S.; Laredo was the seventh least.] Even in my neighborhood in Brownsville, during the COVID-19 pandemic many of our students have to go to the parking lot of their high school to get internet access. It doesn’t really matter what candidates are tweeting, because they’re not reaching folks. There’s a very obvious disconnect between the Democratic candidates and voters here, which is the result of countless campaign cycles where they’ve never bothered to come to the Valley.

Rocha: Bernie Sanders proved that it’s important to target Latino voters and have these conversations about who they’re supporting early. You need to build trust, because you can’t just show up in the last month and think you’re going to talk a bunch of Latinos into voting for Democrats. Sanders carried Latinos in Nevada by 38 percent because seven months out from the election, we started sending mail, Facebook ads, knocking on their doors. Once we introduced ourselves, we still had four or five months to then talk to them about the issues. And you saw some of  that this election in Arizona, where organizations mobilizing Latinos took on that work and saved Joe Biden’s ass in Arizona. [As of press time, Biden holds a nearly 13,000-vote lead in Arizona, with exit polling—yet to be weighted—showing him winning the state’s Latino voters by a 27-point margin.]

Cisneros: Being anti-Trump was obviously not enough. There are people who understand that Trump is anti-immigrant, they understand that he’s for the border wall. They’ve heard the comments he’s made about our community, and that wasn’t enough for them. For them, it’s about hearing policy solutions to the problems they have every day.

Hernandez: Latinos or Hispanics in the Valley want better paying jobs. Our area historically has been at twice the rate of the national unemployment rate. Latinos want better quality of life, and they don’t want to be on welfare.

Cisneros: We are on the border where the poverty rate is above 30 percent. A fourth of folks here are uninsured and those are pre-pandemic numbers. Job security is really precious here. People are going to vote for what’s in the best interest for their families, so you can’t go wrong with messaging centered around jobs and health care.

TM: How can future candidates win in the Valley?

Rocha: If you want to get the Latino vote, we need to have a seat at the table where the strategies are actually put together. I did research the day after the election because I was angry and found that there was no Latino as a senior staffer or as a consultant to any U.S. Senate race this year, not one. And in the House races, there were one or two here and there out of the thirty most-funded races. Ninety-nine percent of these races were managed by white men and white women. And look at the results. Until Latinos have a senior role in these campaigns and their strategies, things are not going to change.

Hernandez: Hopefully [the election results] will draw attention and get campaigns to spend more money here. They typically don’t spend any money on grassroots outreach, or hiring paid staffers to canvass neighborhoods. That person-to-person interaction with voters goes a long way to earning trust. My wife’s grandma only votes for people that come to her door.