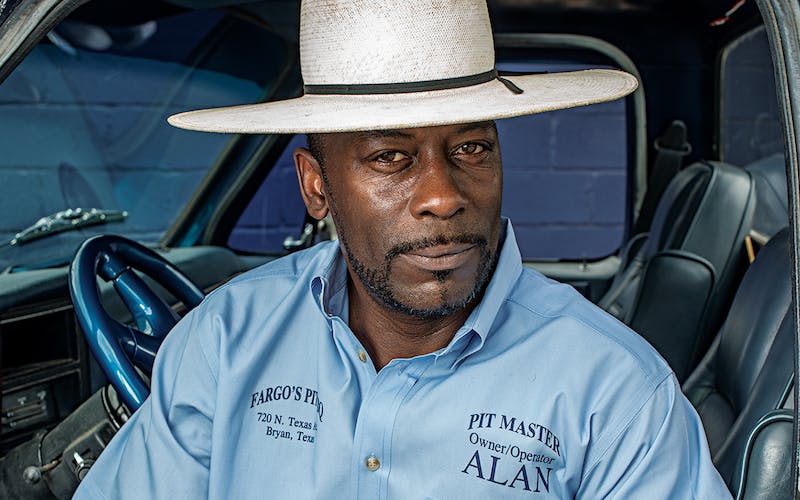 Pitmaster Alan Caldwell prefers to keep his exact smoking method a closely guarded trade secret. Even the woodpile is hidden behind a cinder-block wall and a tarp-covered gate. We’ve spotted some oak back there, and the flavor of the ribs suggests commercial charcoal, but Caldwell refuses to confirm or deny either one. No matter the method, the meats that come out of his mystery pit are spectacular.

The spareribs are hefty (Fargo’s uses a larger than normal rack), and the well-seasoned pork and layers of expertly rendered fat come away from the bone more easily than you’d expect for such a large rib. As for the brisket, well, rarely will you find a deeper smoky flavor or a thicker smoke ring. Beneath a bark that almost crackles is juicy meat with just enough salt to keep you coming back for more.