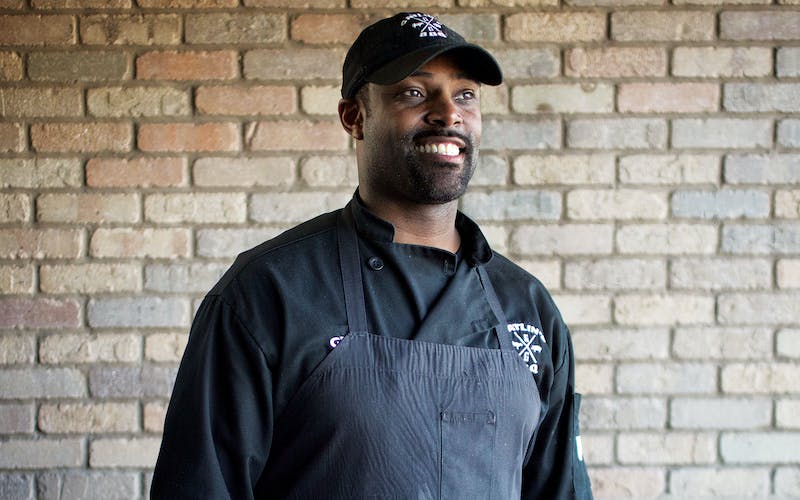 In case you’ve ever wondered what the deal is with different ribs, you’re in luck: Gatlin’s has two kinds. Side by side, you’ll see that the baby backs are shorter and more curved, with a rounder bone and more of the meat on the top. Now compare the St. Louis ribs. They’re bigger, and the bone is flatter and straighter, with more highly marbled meat. (If a little flap of meat and cartilage called the rib tip had been left on, you’d have a sparerib.) Arguments can get heated about which is better, but we thought they were both excellent and exceptionally moist.

Pro-tip: The Cajun dirty rice has a fan base.