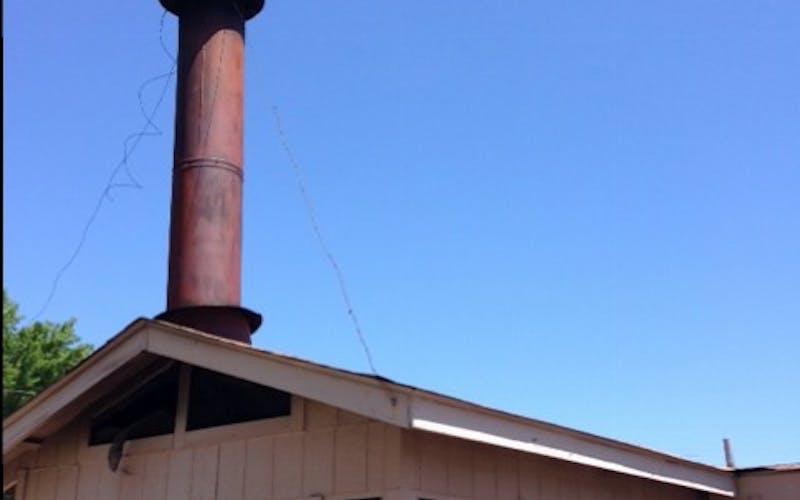 Mack’s has a large, smokehouse that was not smoking at all.  Both the brisket and ribs were less than fresh, and both had the wan hue of baked meat. The meat just seemed to grow in the mouth, and a few sips of iced tea were necessary just to get it down. Once beyond the barbecue, the rest of the plate was fantastic. The fried okra was hand-breaded and dipped in a tangy sauce. The homemade potato salad was tart with dill pickle, and the pickled green tomatoes were a nice option outside of the standard dill chips. Even the golden Texas toast has you coming back for more. You could make meal out of sides, but that’s not really the point.

Method: Hickory in a wood-fired rotisserie