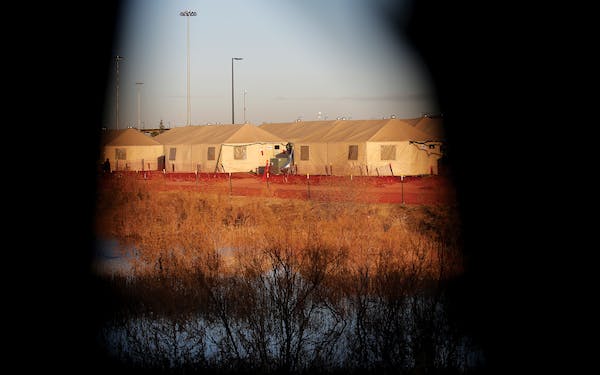 The inspector general is expected to release a report as soon as Thursday on how well the Office of Refugee Resettlement is doing its job. 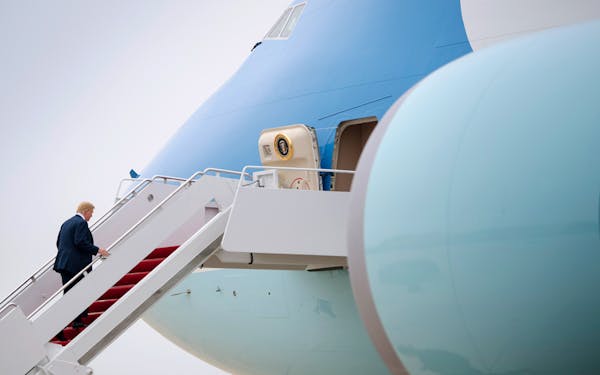 After years of photo op visits from Democrats and Republicans alike, McAllen mayor Jim Darling and others hope to highlight the region's dynamism and interconnectedness with Mexico. 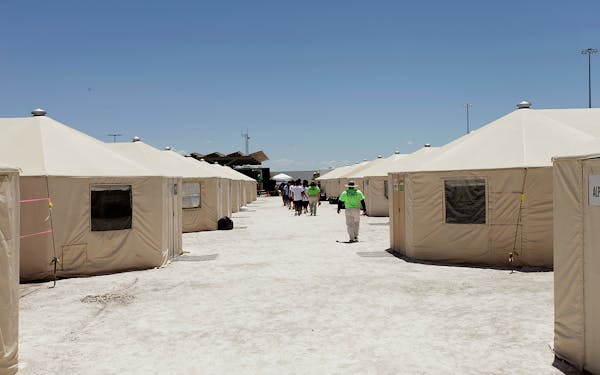 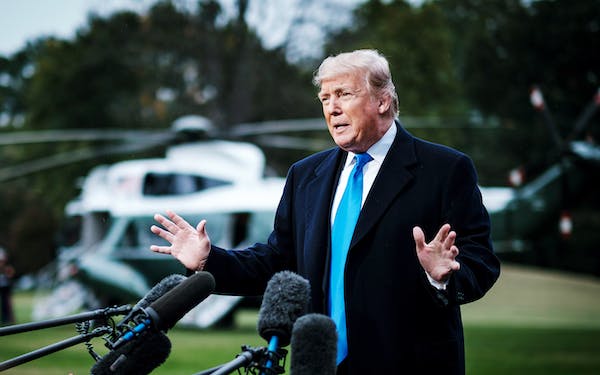 The Texas Legislature refused to consider ending birthright citizenship in 2009. Now President Trump wants to do it by fiat. 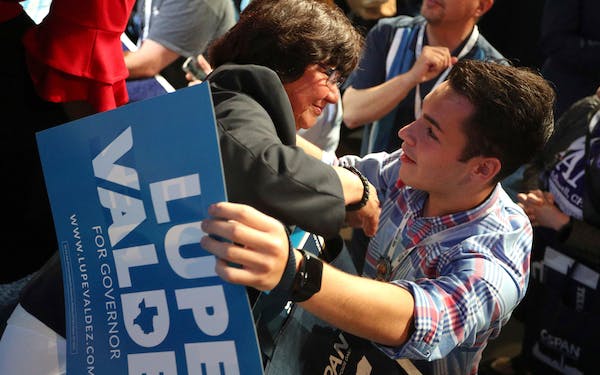 The Texas Hispanic Vote Is No Guarantee for Democrats. Here’s Why.

Two setbacks in state politics this week suggest Democrats should not take this bloc for granted. 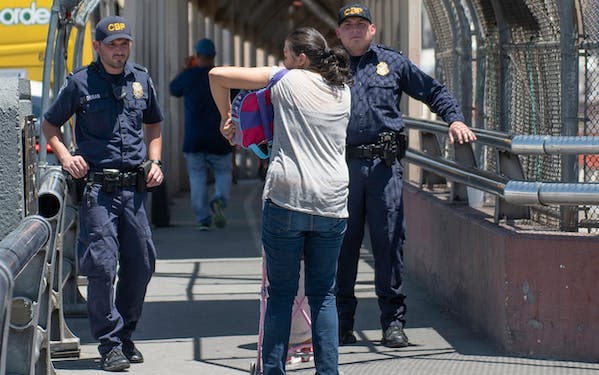 The Trump Administration Is Targeting Latino Texans Who Are U.S. Citizens

With the government questioning the authenticity of their birth certificates, some Texans worry that even providing additional documentation won't be enough. 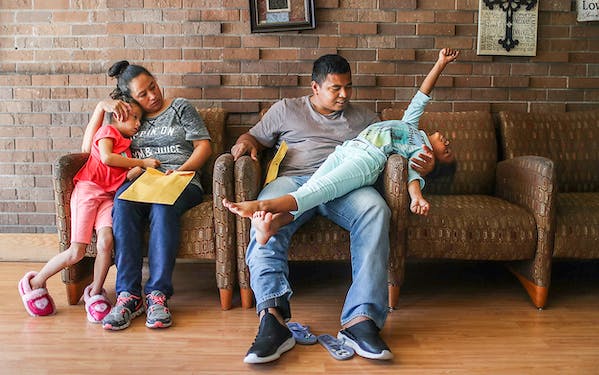 Dozens of Immigrant Parents Remain Separated From Their Children

A month after a federal judge’s deadline more than 500 children remain in federal custody and away from their families. 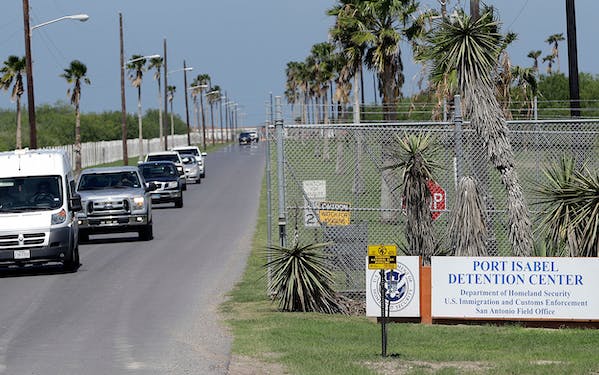 ‘Don’t You Understand That We Don’t Want You in This Country?’

A complaint filed with the Department of Homeland Security accuses immigration authorities of trying to coerce immigrants into leaving the country. 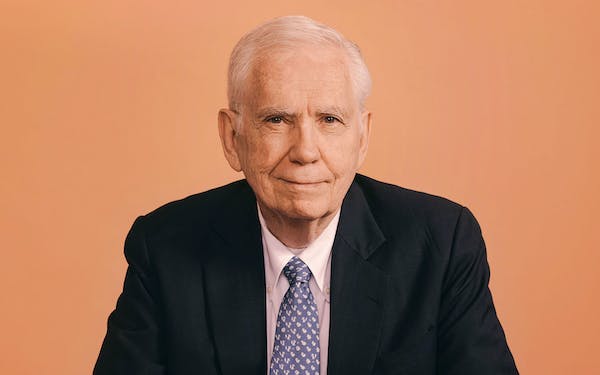 Charles Foster on the Immigration Conundrum

The solutions to our current crisis on the border are relatively simple, says Houston immigration expert Charles Foster. But our politicians don’t have the nerve to make them happen. 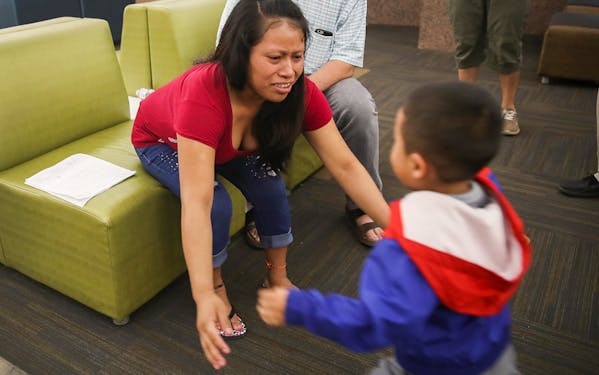 The reunion came on deadline day for a court-ordered reunification of separated immigrant families. 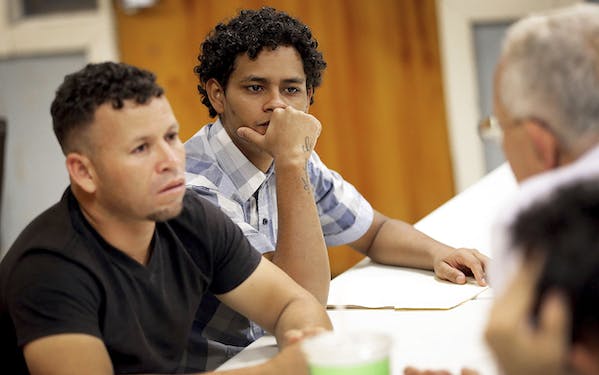 Many Spanish-speaking parents said they did not understand the English documents they were signing. 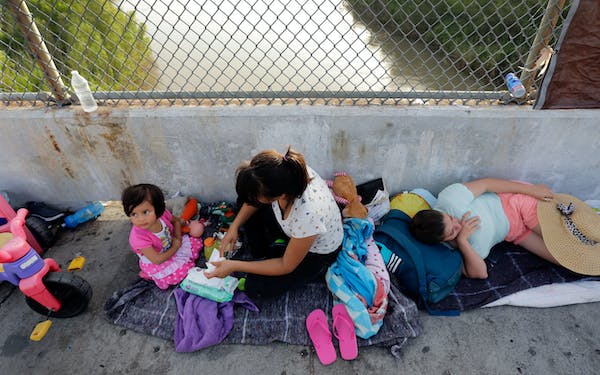 A federal judge praised the government effort, but expressed concern that hundreds of immigrant parents may have been deported without their children. 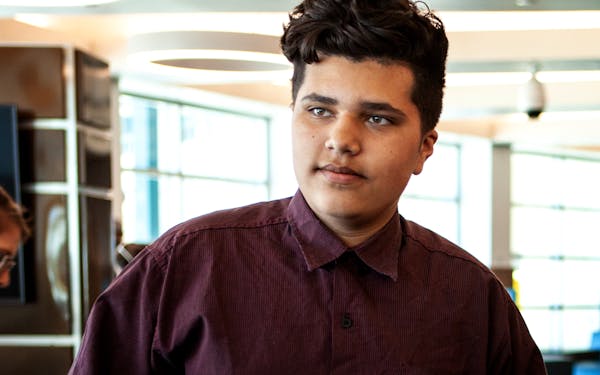 ’You cannot imagine how awful it is to be there,’ the boy said of his nine-month separation by U.S. immigration officials. 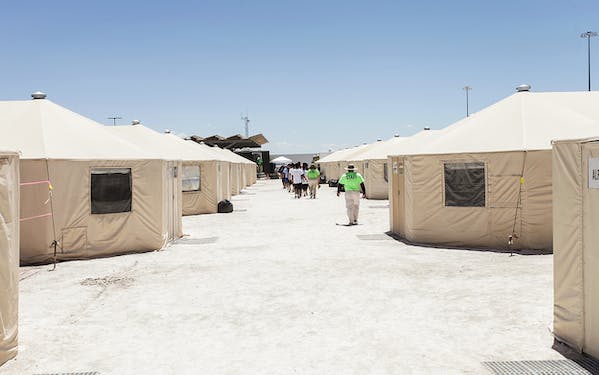 The refusal by the two firms to take on a yearlong contract came one day before Trump announced the end of family separation. 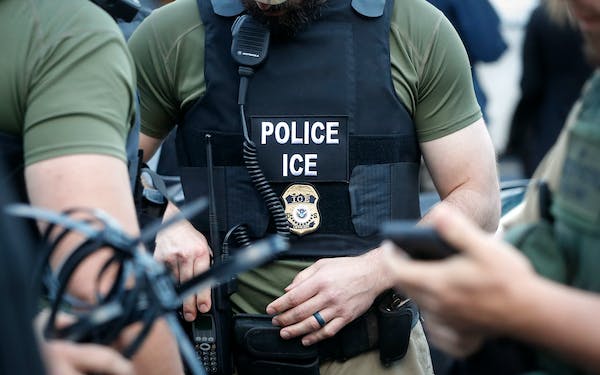 The move comes as immigrant apprehensions climb to levels not seen since the end of the Obama administration. 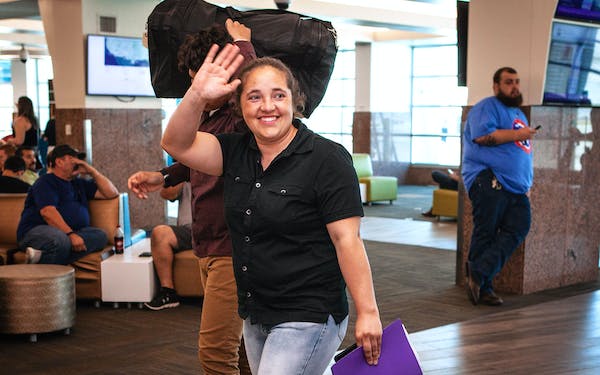 A ruling allows a woman featured on our site, who was reunited with her son after months of separation, to sue federal government to stop the practice. 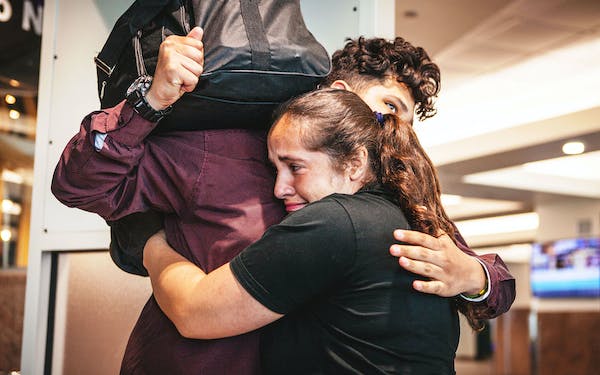 They had entered the U.S. illegally, seeking asylum from an abusive home, and were completely unaware they would be separated. 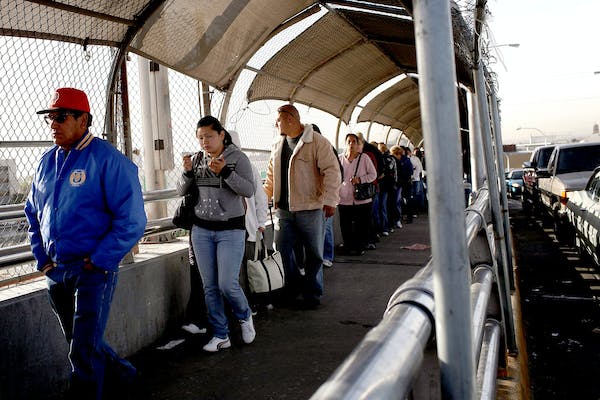 Last weekend, border agents turned away legal asylum-seekers on the U.S.-Mexico border. In a 'Texas Monthly Reporter' podcast, reporter Robert Moore discusses this tactic and its effect on those being turned away. 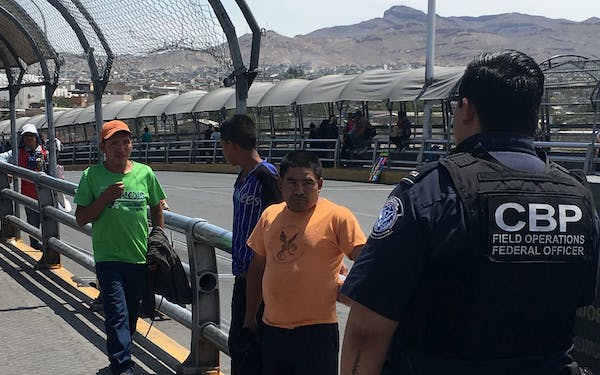 Border Agents Are Using a New Weapon Against Asylum Seekers

Federal law allows immigrants to step into United States and claim asylum; agents are physically preventing them from doing so. 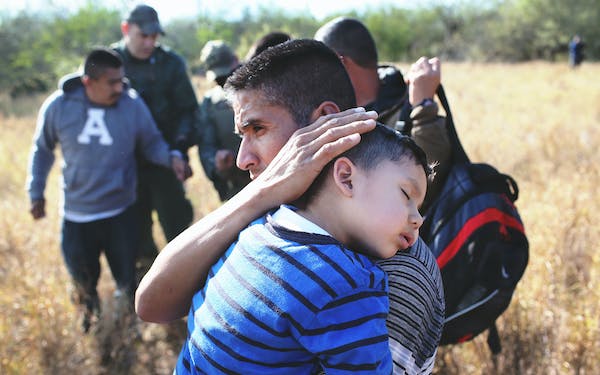 The policy shift means that parents will be separated from their children if caught while crossing borders illegally. 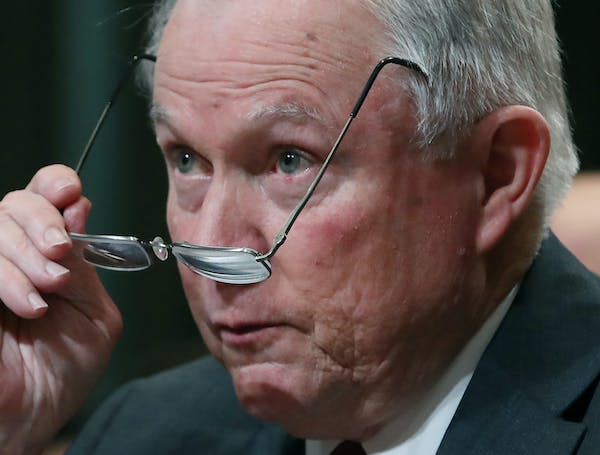 The attorney general told a congressional committee he was deferring to its concerns about stopping funding. 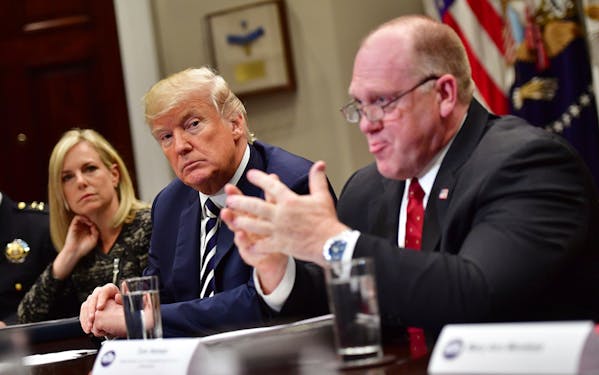 The Legal Orientation Program provides guidance to those facing deportation and is praised for saving taxpayer money. 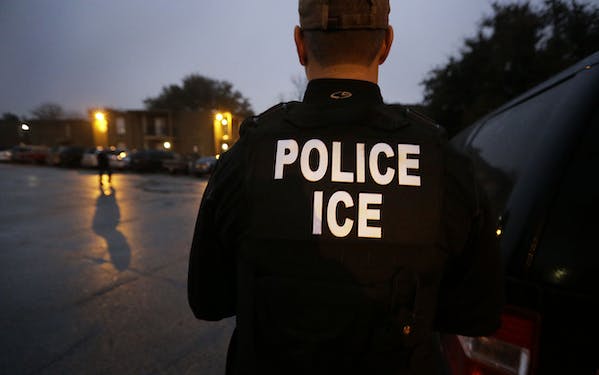 Immigrant advocates are concerned about the directive, which reverses an Obama-era policy. 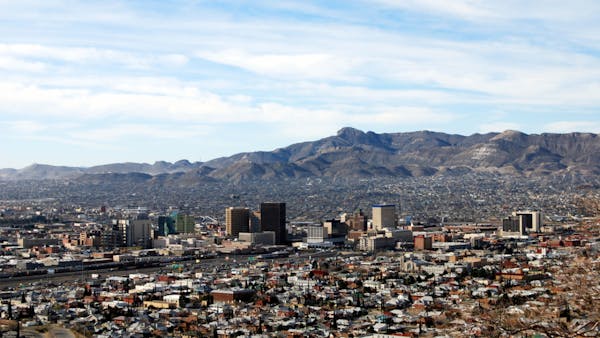 The Threat to the Border 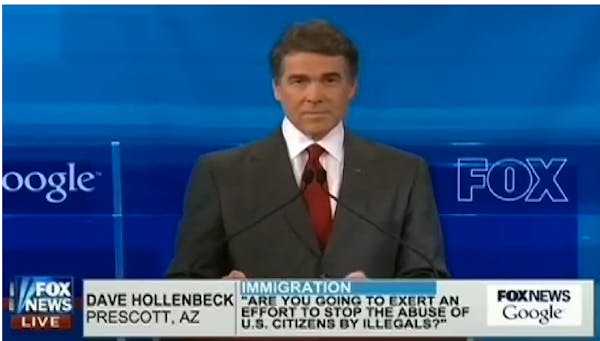 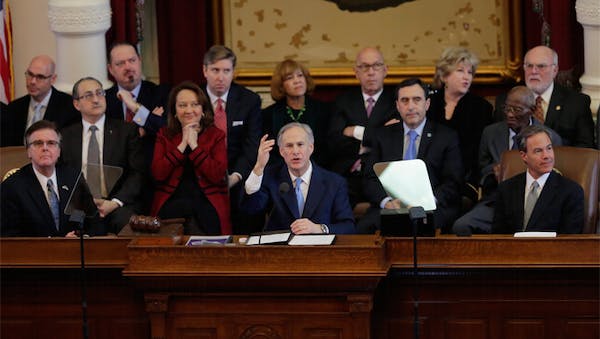 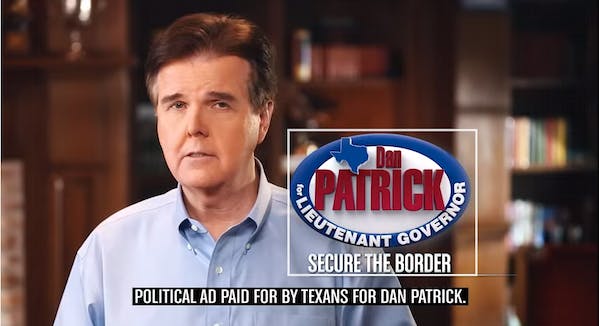 Next Up: The Global War on Jackalopes

Concerns over ISIS fighters crossing the border are more than misplaced

Where is Bob Perry?

The Huffington Post web site noted yesterday that Rick Perry’s biggest career donor, Bob Perry, has not yet contributed to the governor’s presidential campaign. A likely reason is Rick Perry’s support for legislation that adversely impacts Latinos, such as Voter I.D. laws and sanctuary cities policies. Perry flip-flopped on…

Michael Gerson, the former Bush 43 speechwriter, has an op-ed piece in the Washington Post today on the subject of the Republican party's suicidal antipathy [my words, not his] toward Hispanics. Gerson uses the resignation of former U.S. Senator Mel Martinez of Florida in August as his entry point for the piece: ("[T]he departure of the Republican Party's most visible Hispanic leader crackles with political symbolism.") Some of Gerson's observations: * In ethnic politics, symbolism matters. And recent Republican signals to Hispanics have often been crudely unwelcoming. During the 2006 congressional debate on immigration reform, Rep. Tom Tancredo (R-Colo.) grabbed the Republican microphone to call Miami a "Third World country." The same year, Rep. J.D. Hayworth (R-Ariz.) darkly warned of illegal immigrant murderers as a "slow motion nightmare" greater than Sept. 11. A provision of the House immigration reform bill would have made it illegal for priests, ministers and volunteers to "assist" illegal immigrants -- criminalizing a religious duty. Republican presidential candidates conspicuously avoided Hispanic forums during the 2008 primaries. Conservative shock radio, on its frightening fringes, can be overtly racist, referring to Mexican immigrants as "leeches," "the world's lowest primitives" and diseased carriers of the "fajita flu" who may "wipe their behinds with their hands." Pat Buchanan sells books with this title: State of Emergency: The Third World Invasion and Conquest of America. * Republican support among Latinos is collapsing. In Martinez's home state of Florida, for example, 56 percent of Hispanic voters cast ballots for George W. Bush in 2004. Four years later, 57 percent voted for Barack Obama. * [H]earings are beginning on another immigration reform bill, with a legislative debate likely to ripen in 2010. For Democrats -- pledged to comprehensive reform but weighing union opposition to a temporary-worker program -- the immigration debate will be difficult. For Republicans, it may be an invitation to political suicide.

The End of The Affair

Everyone was shocked when San Angelo’s hugely popular mayor suddenly left town with his gay lover. Everyone, that is, except the citizens of San Angelo. 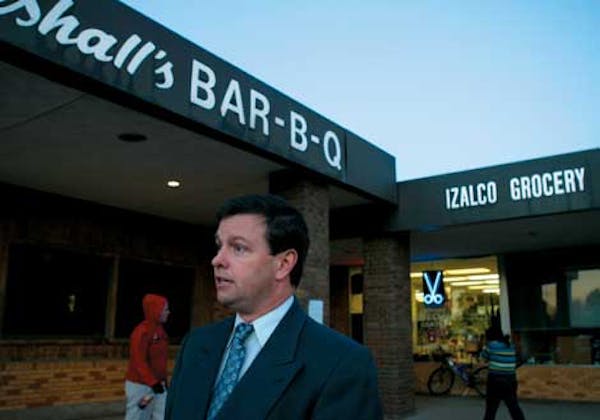 Bienvenidos a Farmers Branch, the headline-worthy Dallas suburb where the biggest hard-liner on illegal immigration could soon be known as Mr. Mayor.

My Life As an Illegal

You’ve heard enough from the politicians and the activists, the demagogues and the bleeding hearts. Here’s my story. I only wish I could put my name on it. By Immigrant X